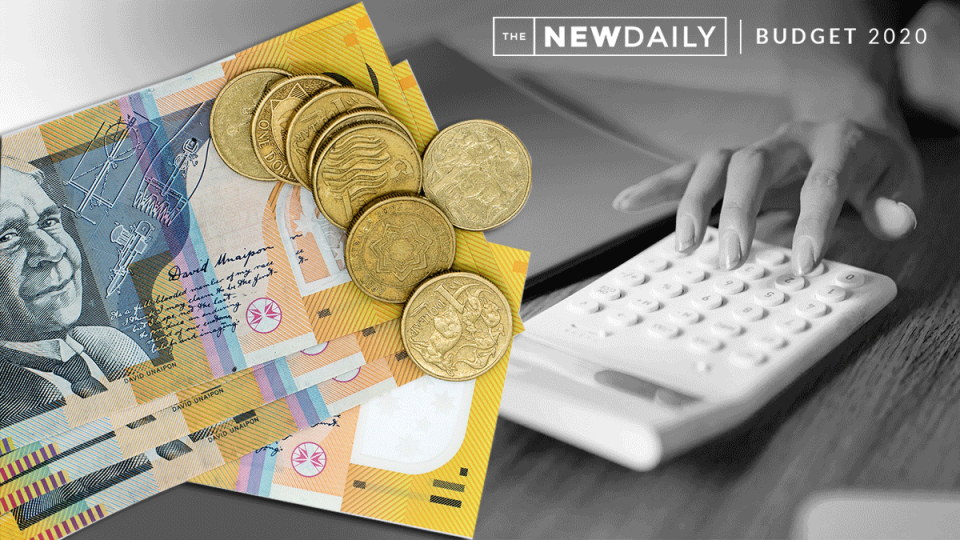 Treasurer Josh Frydenberg has handed down what the Prime Minister called “the most important budget since World War II”, and we have a record budget deficit.

Mr Frydenberg said on Tuesday evening that there’s “a monumental task ahead” but that “Australia is up to the task”.

Net debt is projected to rise from $703 billion to $966 billion over the same period.

The unemployment forecast has lightened somewhat, now expected to peak around 8 per cent in December.

Previous estimates had it peaking above 10 per cent, so it’s good news – but the rate is expected to decrease at a snail’s pace, only dropping 1 percentage point a year over the next four years.

It won’t be until 2023-24 that unemployment is projected to fall to 5.5 per cent, near its pre-pandemic level.

It will be two budgets and an election before unemployment nears 6 per cent, the level that Mr Frydenberg has flagged as a benchmark for the government starting to wind back support and repair the budget bottom line.

All these numbers, it must be noted, are predicated on a COVID-19 vaccine being widely available to Australians by “late 2021”.

This is earlier than many virus experts predict, with some saying it could be 18 months or more before a vaccine is available. If it takes longer, it could be a $55 billion hit to the budget.

The budget is about jobs, jobs, jobs, as we’ve been continually told. Mr Frydenberg said Treasury forecasts “nearly a million”.

The big-ticket item is a ‘JobMaker hiring credit’, where businesses that hire people under age 35 who are currently on JobSeeker will get up to $200 per employee per week.

All businesses, except big banks, will be eligible, if they hire someone to do a job with at least 20 hours a week. It’s forecast to support 450,000 jobs, at a cost of $4 billion.

“We owe it to the next generation to ensure a strong economy so that their lives are filled with the same opportunities and possibilities we have enjoyed,” Mr Frydenberg said.

Low- and middle-income tax cuts (more below) are expected to create 50,000 jobs, through pumping more money into the economy.

Another 100,000 are expected to be created through the recently announced wage subsidy for apprentices and trainees.

More big spending on business infrastructure, including providing instant asset write-offs for any purchase made by firms with up to $5 billion turnover is said to spur the creation of 50,000 jobs.

Another 40,000 are said to be supported by record infrastructure spending, and another 10,000 through a new recycling initiative.

Mr Frydenberg said 11.6 million Australians are in line for a tax cut, with the government bringing forward stage 2 of its previously legislated tax changes.

Stage 3, briefly flagged to also be fast-tracked, will not come into effect until 2024.

The cuts will be backdated to July 1 this year. That means that, as soon as the legislation is passed – which could be as early as this sitting fortnight – you’ll pay a little less tax each week. Then, when you lodge your 2020-21 tax return, you get a lump sum payment to make up for the “extra” tax you already paid since July 1 this year.

The Treasurer said “more than seven million Australians will receive tax relief of $2000 or more”.

However, the comparisons are made to the 2017-18 financial year – before the stage 1 tax cuts, which are currently in force, were legislated. In reality, tonight’s tax cuts are worth about $1080 a year, or $20 a week, to most workers – thanks almost entirely to the one-year extension of the Low and Middle Income Tax Offset.

Once the LMITO is withdrawn next year, most workers will go back to paying the same tax they paid last year.

Nothing like comparing a tax change with 2017-18 to inflate it.
Why stop there?

Mr Frydenberg calls a “game changer” the plan to allow nearly every company nationwide to instantly write off “any eligible asset they purchase for their business”.

Complemented by a plan to let companies offset profits from as far back as 2018 against their current losses, he believes that will create 50,000 jobs.

Mental health has a number of new packages, chief among them a doubling of Medicare-subsidised psychologist visits.

Currently, people can only access 10 per year before paying full out-of-pocket fees, but that will be boosted to 20, specifically aimed at people suffering during the pandemic.

We also have a number for what the vaccine search is costing us – $1.7 billion over two years, for access to the Oxford and University of Queensland candidates and upgrading CSL’s manufacturing capacity, plus nearly $25 million for the needles and syringes to give the jabs.

With continual COVID failures and mounting death tolls in aged care, the government has announced 23,000 new home care packages – costing $1.6 billion – for older people nationwide, to allow them to stay in their house rather than enter nursing homes.

There’s also new cash for the aged care regulator to keep monitoring the system, $30 million for a serious incident response centre, and more money to implement recommendations of the Royal Commission.

A new plan will see Australians have their super account “stapled” to them, so they don’t have a new one created each time they start a new job, and pay “unnecessary fees”. The Treasurer says this, plus a comparison website called ‘YourSuper’, will lead to people paying less  account fees and save nearly $18 billion over the next decade.

Two $250 payments, one in November and another in “early 2021”, will be made to people on the age pension, disability support pension, carer payment and carer allowance, and other welfare payments.

However, there is no news on the future of the JobSeeker welfare payment, which is – on paper – due to revert to its pre-pandemic rate of $40 a day once the Coronavirus Supplement ends on December 31.

There is no mention of extending further support beyond December 31.