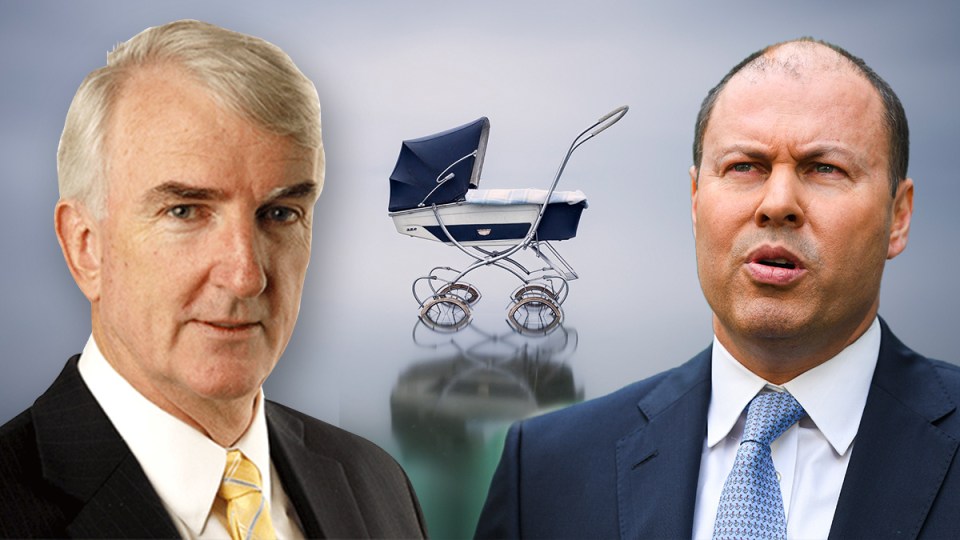 A new report on fertility rates has shown the 2019 Budget forecasts were based on spin, writes Michael Pascoe. Photo: TND
analysis

If Friday afternoon is the traditional time for governments to “take out the garbage” (i.e. release unfavourable news), how stinky must the old prawn shells be if they’re hidden away on a Saturday?

That’s when the Minister for Population, Cities and Urban Infrastructure dropped the first research report commissioned from the Centre for Population established last October.

You might think a report titled A Projection of Australia’s Future Fertility Rates by Professor Peter McDonald wouldn’t need to be buried, that most people wouldn’t take much notice of it on any day of the week.

But hiding behind the bland title is a confession that the economic forecasts in Josh Frydenberg’s 2019 Budget were the result of political pressure to spin the most favourable growth story for that election budget – or that Treasury is simply incompetent.

As we reported at the time, last year’s budget and its rosy growth forecasts out to end-of-debt-land were based upon population assumptions that were nonsense.

The fertility rate in particular was absurd – either pointing to the aforementioned incompetence or political types leaning on officials to massage what was fed into Treasury’s computer modelling to get the Commodore 64 to spit out numbers the Treasurer would like to parade around the looming election.

Or, as we facetiously suggested, Scott Morrison was about to reintroduce Peter Costello’s baby bonus.

The budget papers were based on our fertility rate climbing to 1.9 births in 2021 and staying at that level.

Instead, Professor McDonald is forecasting Australia’s fertility rate will continue the decline that has characterised the six decades since the end of the “Baby Boom”.

From 1.74 babies per woman in 2018, he tips our fertility rate will stabilise at 1.62 babies early next decade.

COVID is making the path of that decline bumpy. Between now and then, there will be a sharper COVID-driven decline in the fertility rate, followed by a rise as those “missed” births are recuperated, but the end point remains the same.

Population growth has been a key factor in Australia’s economic success for a couple of hundred years. With COVID smashing immigration, the falling birth rate has major long-term implications for the economy.

Without immigration or emigration, a fertility rate of about 2.1 is required for a stable population.

In the short term, babies are great consumers – or their parents and sundry relatives are on their behalf.

In the medium term, the percentage of younger people in the population matters a great deal for tax revenue.

And in the longer term, well, we’re all dead.

In the meantime, Australia is fortunate in its ability to turn on the immigration tap.

If you’re massaging your multi-year GDP forecasts to suit an election, an easy trick is to keep population growth high.

If the government of the day isn’t particularly keen on being seen as pro-immigration, you wouldn’t want to see a falling fertility rate.

As reported here after the budget, Treasury’s excuse for its extraordinary fertility assumption was to blame the 2015 Intergenerational Report, which used the 2013 birth rate as the norm. Appendix A of budget paper 3 blandly justified the budget’s figures by stating: “These assumptions are consistent with those in the 2015 Intergenerational Report.”

And I could assume what tomorrow’s weather will be by using the Bureau of Meteorology’s forecast for September 2013 – but I’m not that stupid. I would be better off looking out the window than using a 2013 weather report.

Looking out the window would have been enough to give Treasury more realistic fertility assumptions. They now have a better option again, courtesy of Professor McDonald.

Not that you would guess there was any sort of confession in Minister Alan Tudge’s Saturday media release.

It starts with: “Australia’s fertility rate will temporarily dip in 2021 following the COVID‑19 pandemic before rising again in the mid-2020s and settling to a long-term average by 2030.”

The budget fiddling has been erased.

“I think the best thing we can do to encourage more children being born across the country is, obviously, to create a strong economy for them to be born into,” he said.

The report quantifies the decline of teenage mothers and the rise of forty-something mothers, how better educated women have babies later and fewer of them. 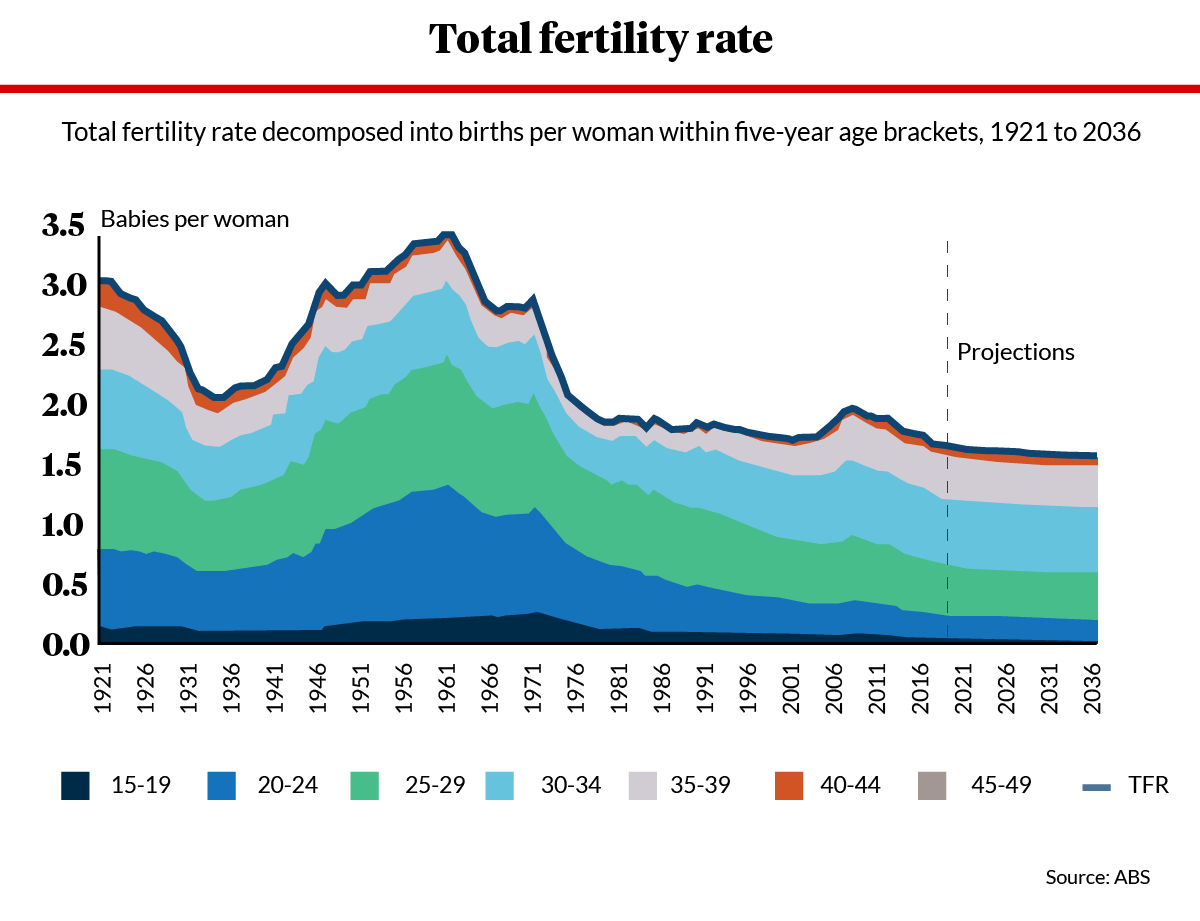 Societal changes are having their way with us. Marital status matters much less now for fertility – in 2017, 41 per cent of births to Australian-born women were ex-nuptial.

There are, of course, plenty of uncertainties in forecasting fertility rates – how much further technology will go in improving fertility for older women, how the fertility rates of same-sex couples evolve, what government policies could make it easier for women to have babies – but next month’s budget will at least start with realistic fertility assumptions.