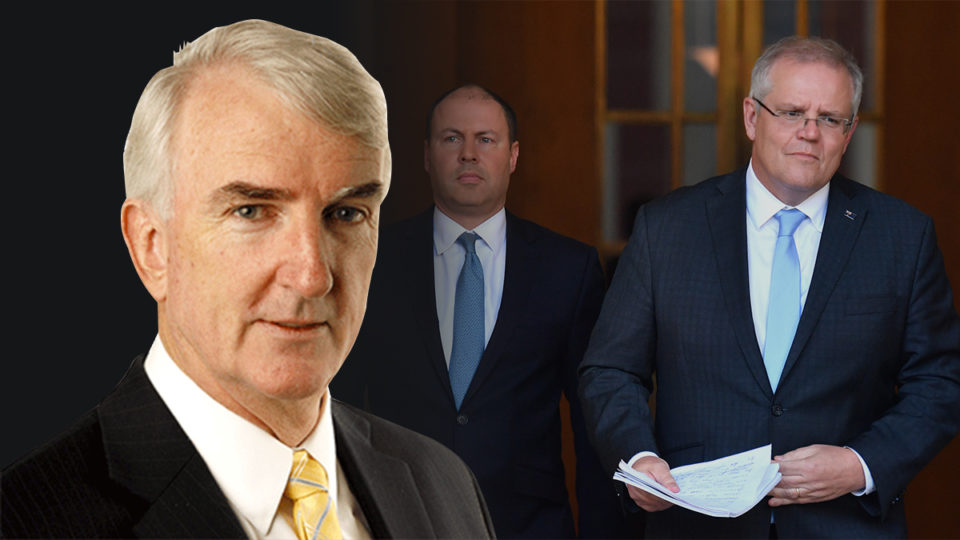 There’s only one essential element in neoliberalism – cut taxes as much as possible.
analysis

“The modern conservative is engaged in one of man’s oldest exercises in moral philosophy; that is, the search for a superior moral justification for selfishness.”

In a crowded field and a very close race, that is my favourite John Kenneth Galbraith quote.

It helps explain the lingering nostalgia in some sheltered corners for Thatcherism and Reaganomics, alias “neoliberalism”, alias “supply-side” economics, alias “trickle-down” economics – a theory also neatly summarised by the mighty Galbraith: “If you feed enough oats to the horse, some will pass through to feed the sparrows.”

Treasurer Josh Frydenberg’s pledge of allegiance to the supply side last week provoked a Twitter storm and plenty of commentary ranging from the fine Paul Bongiorno to an especially vacuous and rather random collection of clichés and inaccuracies in the Sydney Morning Herald by a Sky News commentator.

The SMH diatribe did at least summarise the Three Commandments of Thatcher and Reagan worshippers: “Let’s distil Reaganomics and Thatcherism down to their three essential elements: (1) cut government spending as much as possible (2) cuts (sic) taxes as much as possible and (3) let free enterprise be as free as possible.”

In truth though, there’s only one essential element in the neoliberal belief system – (2) cut taxes as much as possible. The first and third commandments are only means to that ends.

The more governments spend, the more they need to tax – which is why the hardcore trickle-downers don’t like government spending.

Trickle-down is a religion, a belief, “an inspiration” for those desiring the wealthy folks’ heaven of low taxation with even greater wealth for them. It is not a credible basis for economic policy.

But credibility has never been an issue for a religious belief, believing what you want to believe.

And if you donate enough, control enough media, lobby hard enough, branch-stack enough and shout loud enough, you can enforce your religion. Or as Galbraith put it: “The complaints of the privileged are too often confused with the voice of the masses.”

There is more – and some of it indeed beneficial – to supply-side economics, but the key incentive for capital C Conservatives working hard to reassert it from Washington to Canberra is minimising tax and never mind increasing inequality. They have been remarkably successful.

Wisdom, itself, is often an abstraction associated not with fact or reality but with the man who asserts it and the manner of its assertion.”
John Kenneth Galbraith

Josh Frydenberg has previously expressed admiration of one of the high priests of Reaganomics – Dr Arthur Laffer of the eponymous Laffer Curve. 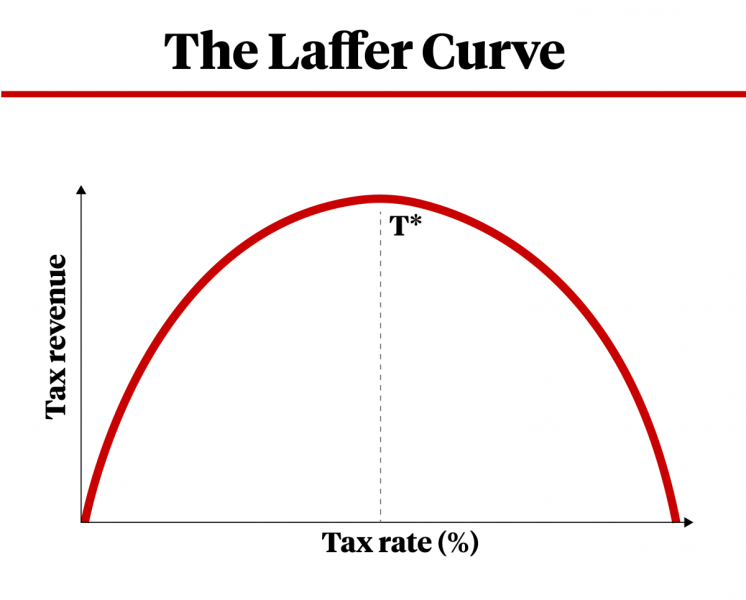 As Dr Laffer has explained, it wasn’t an original theory, but he promoted it heavily. The Reaganites seized on it with relish to provide an academic fig leaf for cutting taxes, and his name stuck.

The problem with the curve though is that the sweet spot is open to wide interpretation.

Trickle-downers naturally believe the optimum tax rate is very early on the curve, below whatever the present rate of tax might be. Most non-trickle-downer economists tend to go for something much higher.

Quite simply, there is no proof for the Thatcherite/Reaganomics belief that cutting taxes solves all problems.

What you can be sure of though is that however much top tax rates have been cut (and they’ve been cut a lot), it will never be considered enough.

Faced with the choice between changing one’s mind and proving that there is no need to do so, almost everybody gets busy on the proof.”
John Kenneth Galbraith

Much of the Twitter storm triggered by Mr Frydenberg’s adoration of St Margaret was about Mrs Thatcher’s union-busting efforts, particularly in light of the priority “industrial relations reform” has been given in this government’s alleged formula for boom-time economic growth.

In fairness, Mrs Thatcher came to power in a miserable, depressed and sinking Britain. Too much union power was one of the country’s problems.

As someone who spent the grubby summer of 1979 in London, the place needed some sort of rocket put under it. The Thatcher rocket was viciously explosive with plenty of casualties.

The nostalgia brigade led by Mr Frydenberg and the Australian Financial Review’s editor believe a similar rocket is just what we need to achieve years of above-average economic growth.

You don’t need to be particularly observant to notice Australia in 2020 has very little in common with the UK of 1979, particularly when it comes to industrial relations.

Strikes are almost non-existent, days lost to industrial disputes in the year to the end of March were a record low, there are only a couple of unions left that might be called “militant”, only a small minority of Australians are members of any union, the workforce is highly casualised and, according to the Productivity Commission, quite flexible.

Yet the AFR ran no less than four consecutive editorials up to Tuesday morning in praise of various shades of Thatcherism, Reaganomics, supply-side reform, trickle down and Milton Friedman.

Milton Friedman’s misfortune is that his economic policies have been tried.”
John Kenneth Galbraith

(For all I know, there might be another this morning and tomorrow as it seems to be the only game on the AFR editorial computer. Among the highlights: Apparently the GFC was really caused by China.)

To soften the Thatcher/Reagan edge, much play is made of the supply-side reforms of the Hawke/Keating years when our economy was opened up to the world and competition, by far the most productive years of Australian government.

It’s another big stretch to pretend the same dividends are there for the grabbing with yet-more deregulation and tax cuts. (Have I mentioned the alleged importance of tax cuts before? Perhaps.)

It’s also untrue to paint that reform as Thatcherite Reaganomics, as explained by one of the bureaucrats who was part of that great reform period, Roger Beale, writing in John Menadue’s Pearls and Irritations: “We crafted our own way forward that steered well clear of the nonsense of the Laffer Curve and the huge transfers of income and wealth that characterised both Thatcherism and Reaganomics.

“As we cleaned out the Augean stables of the raft of tariffs, quotas, subsidies, and self-regulating monopolies that had accumulated in the post-war period, opened the economy internationally with a floating exchange rate, embraced national competition policy and created more workforce flexibility in the ’80s and ’90s, there were large gains in allocative and dynamic efficiency.

“But that has been done – there is little evidence from recent Productivity Commission reports that there are massive payoffs to be garnered on the supply side of the economy except through hard patient work to lift productive efficiency. That means speeding and broadening the development and implementation of new technologies and deepening and extending the skills of our labour force.

“More workplace flexibility, environmental deregulation and personal income tax cuts for the top half of the income distribution will do none of those things.”

But conventional trickle-downers won’t let any of that get in the way of demanding tax cuts and lower wages by one means or another.

The conventional view serves to protect us from the painful job of thinking.”
John Kenneth Galbraith

The Reagan-Thatcher fan club: It’s all about the tax cuts