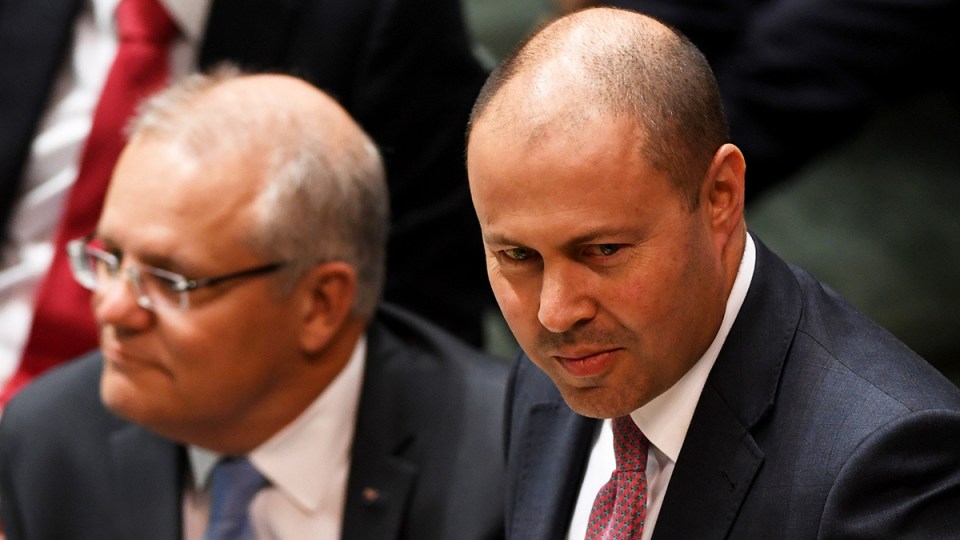 Government looks set to deliver a budget surplus, and faces a difficult question about how to use that money. Photo: AAP

The government is on track to deliver the first budget surplus in decades but must choose between spending that money to lift wages or saving it for a recession.

Based on current data, Mr Richardson said the government looks set to deliver a $5.3 billion surplus by the end of the 2019-20 financial year, and a surplus of $8.4 billion the following year.

Those estimates are lower than the $7.1 billion surplus promised by Treasurer Josh Frydenberg at the last federal budget, but was still a positive development, Mr Richardson said.

That comes despite Australia’s deteriorating economic conditions, bucking a historical trend that typically sees the budget and the economy share each others’ fate.

“If the economy weakens, that typically eats into the tax take and lifts the welfare bill. But that usual linkage broke down of late, with the economy weakening at the same time the budget improved,” Mr Richardson said.

Instead, the budget has improved following the reductions in government costs and increased tax revenues, while the Australian economy has been hurt by a range of domestic factors, notably falling house prices and the ongoing drought.

Surplus: Spend or save?

Wages have barely grown over the past few years and that’s something Mr Richardson doesn’t see changing in the near future.

“All over the world, growth now shows up more in profits and jobs, and less in wages than it used to,” he said.

“That isn’t just an Australian story. And nor is it just a budget story – it is the key reason why the Reserve Bank is currently cutting interest rates.”

Part of the Reserve Bank’s goal is to reduce the unemployment rate to 4.5 per cent, which would require the creation of 200,000 new jobs.

With so many Australians in work, RBA governor Philip Lowe expects that competition for jobs will be tough enough that wages will start to rise at a healthier pace.

That’s an achievable goal for government, according to Mr Richardson, and could be achieved through infrastructure spending and tax cuts.

But going down this road would mean the budget is unlikely to get to surplus, and in the event of a possible recession that could leave Australia exposed to a larger financial shock than the country has experienced in decades.

“Although trying more now to lift the economy would, as the RBA notes, strengthen “the starting point for the economy”, it would also weaken the defences available against a downturn,” Mr Richardson said.

“That points to a little-recognised tradeoff in handling national affairs – if there’s no crisis in the wings over the next five years or so, then the RBA will have been right, and we should be busting a gut on stimulus now.

“But if there is a crisis down the track, then there’s a good case that going harder now will cost Australia rather more at that time.”