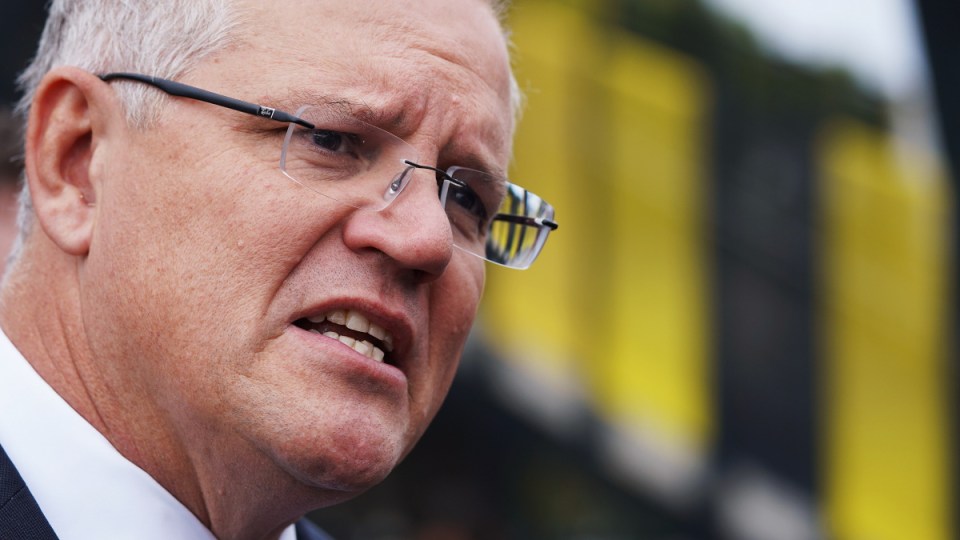 Prime Minister Scott Morrison has not been clear about the expected passage of tax cuts promised during the election. Photo: AAP

Scott Morrison will pin his election hopes on a revamped tax plan designed to deliver savings of up to $1000 for low- and middle-income workers earning less than $130,000.

Pledging to “share the dividends” of a stronger budget before the Coalition’s bid for re-election, the Prime Minister confirmed there will be a budget surplus for the first time in a decade and relief for families and pensioners who will secure a one-off $75 energy bonus.

“I don’t think it’s an unreasonable thing to do to ensure that when your budget has performed better than you set out the year before, that the benefit of that actually is shared with Australians, whether they be pensioners or others to receive at least some assistance to deal with their cost-of-living pressures.”

He added on Monday: “We’ll be handing down a budget surplus tomorrow night, the first in 12 years.”

The Morrison government’s new budget tax cuts will remain a promise only – unless it can ram through the changes in the remaining sitting days of Parliament.

There was speculation on Monday night that the Prime Minister will try to do this to wedge Labor, but he does, Opposition Leader Bill Shorten is prepared to back the tax cuts if they deliver more relief to low and middle income earners.

Labor would still need to repeal the more generous tax cuts for high income earners scheduled for 2022 and 2024 if it wins office.

Targeting middle-income earners will allow the government to blunt Labor attacks that workers earning under $130,000 a year are up to $400 a year better off under Mr Shorten’s tax cut plan than under Mr Morrison’s tax cuts.

Parliament has already legislated the Morrison government’s $144 billion income tax plan, but the Coalition is yet to match Mr Shorten’s pledge to offer workers earning under $130,000 a better deal.

That group is the vast bulk of working Australians, which means the Treasurer Josh Frydenberg needs to act fast to not only match Labor’s offering, but sell the Coalition’s revamped agenda.

The second tranche of the Coalition’s promised tax cuts scheduled for 2022 does include an increase in the income threshold for the 32.5 per cent tax bracket from $37,000 to $41,000. That could be fast-tracked but the changes will flow through to all workers.

During this second phase of the tax cuts, the value of the low- and middle-income offset for workers earning from $50,000 to $90,000 is lost and they no longer secure a substantial tax cut in these years.

One option would be to extend this tax offset in the budget.

As the Australian Council of Social Service points out, the biggest winners would be those on high incomes, with little or no benefit for households with the lowest of incomes.

If the government brings forward the second and third stage of the tax cuts:

“It’s grossly unfair to be handing those households on more than $200,000 a year an extra $100 a week, while we have three million Australians living below the poverty line,” ACOSS chief executive Dr Cassandra Goldie said.

The government’s first-phase tax cuts – a $530 tax offset for low- and middle-income earners – will be delivered when workers lodge their tax returns after July 1.

Despite speculation the government could simply bring forward the final stages of its tax cuts, there’s little chance of that happening because of the huge wins for high-income earners.

That’s not something Mr Morrison will want to put a spotlight on during an election campaign.

‘Under siege’: Trump reveals FBI raid of home
Revealed: Australia’s richest postcodes – and professions
Colour and triumph for Australia as Commonwealth Games close
Monkeypox vaccines arrive for most at risk
Russia ‘using nuclear plant as base’ as UN slams attacks
Father, son get life for Arbery hate crime
Don’t be fooled by your tax cut – it’s not what the doctor ordered
Today's Stories