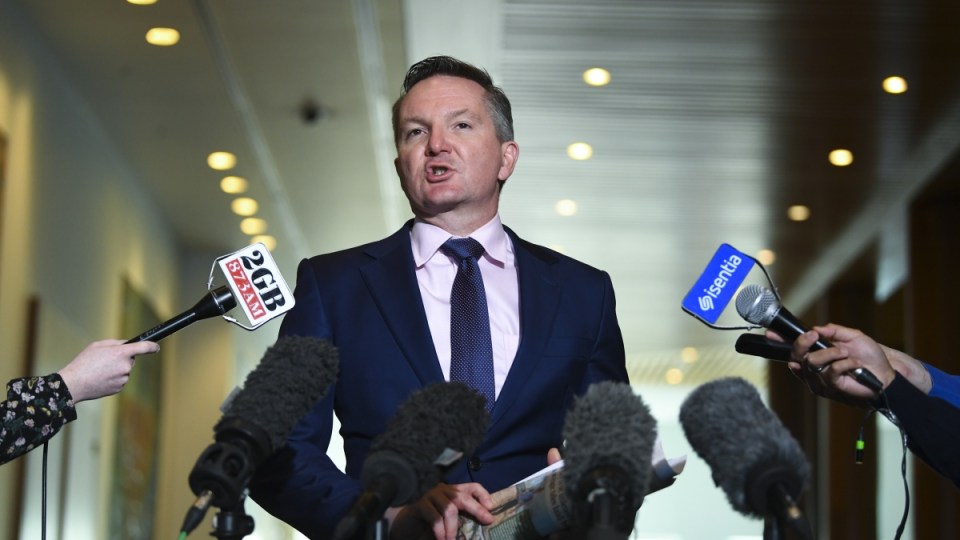 The Senate is heading for a fiery showdown over the Turnbull government’s personal income tax package after the Labor caucus unanimously agreed to back only the reductions due to start on July 1.

The opposition does not support further reductions due in 2022 and 2024.

Caucus met in Canberra on Tuesday to confirm Labor’s position.

“If the Labor party is asked to vote yes or no on the total package including stages two and three, we will vote no,” shadow treasurer Chris Bowen said after the meeting.

Furthermore, if the coalition manages to get the entire package passed by the Senate, Labor plans to repeal stages two and three if it wins government.

“We’re prepared to do what we think is responsible,” Mr Bowen said.

However, the government has repeatedly said it will not split the seven-year, three-stage plan that was announced in the May budget, saying it is all or nothing. That means the scene is set for a high stakes’ game of political brinkmanship.

The coalition insists it “won’t be blinking” as the tax debate descends into a game of “chicken”.

“Unless we take action now, in coming years Australians will have more of what they earn eaten away in higher taxes caused by bracket creep,” he said in a Facebook video.

Liberal senator Richard Colbeck also urged Labor to “get out of the way” and wave through the full package.

“If [Bill Shorten] wants to put up his own tax plan, he can do that when he’s in government.”

While the Australian Greens supports attempts to split the government’s income tax cuts, they will vote against them regardless of whether or not the bill is amended.

Without the support of Labor and the Greens, the government could still get the cuts through with the help of Pauline Hanson’s One Nation or independent senator Tim Storer.

But while Senator Storer supports the first tranche of cuts, he also wants the package split and hopes government will warm to his “prudent and sensible” plans.

“There’s an opportunity – they don’t need to render it dead,” he told ABC radio.

Independent senator Derryn Hinch told radio in Melbourne on Tuesday that he would support the tax package “with no strings attached”.

Where Labor stands on taxes

Labor does NOT support the remainder of Stage Two:

– An increase in the existing low-income tax offset from July 1, 2022

Labor does NOT support Stage Three:

– It has yet to decide whether in government it would reverse the legislation that gives a tax cut for businesses with a turnover of up to $50 million.