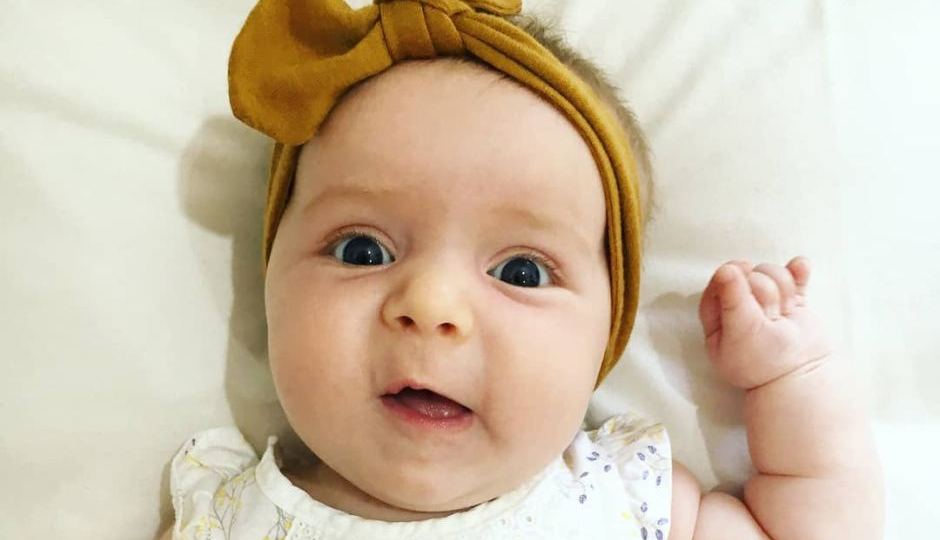 While Rachael and Jonny Casella have been grieving for their child Mackenzie, they’ve been campaigning for change. And as the budget was handed down, they learned their little girl would have a $500 million legacy.

Mackenzie Casella was born with the fatal genetic condition Spinal Muscular Atrophy (SMA) and died six months ago. She was seven months old.

Her parents told their family’s story to the ABC’s 7.30 program to campaign for genetic testing for SMA to be made freely available to all families.

As part of the federal budget, the government allocated $500 million for the Australian Genomics Health Futures mission.

“It’s bittersweet. We would do anything to have Mackenzie but we can’t change that. But we can change what happens to others,” Rachael said.

Health Minister Greg Hunt met the Casellas in March and was moved by their story.

“The first project will be Mackenzie’s Mission, with $20 million being provided for pre-conception screening trial for rare and debilitating birth disorders including Spinal Muscular Atrophy, Fragile X and Cystic Fibrosis,” he said.

Mackenzie’s Mission is a large-scale pilot study over 10 years which will screen 10,000 couples across Australia.

The study is the first step in offering pre-pregnancy genetic screening for all prospective couples.

Under the program, if couples are found to be at risk of having a child with a serious genetic condition, they will be offered financial support for IVF treatment.

That process would allow couples to choose healthy embryos to ensure their baby is not born with one of the genetic disorders.

Patient trials will start in early 2019.

Jonny Casella said the project was their daughter’s legacy.

“In her seven months [and] 11 days, she managed to create a legacy that will live on,” he said.

“It’s the closest thing we have to her still being with us.”

What if I want this test now?

If you’re thinking about having a baby, the government would like you to consider undergoing genetic screening before you get pregnant.

One in 20 Australians carries at least one altered gene that could cause cystic fibrosis, SMA or Fragile X syndrome in their children.

A simple blood and saliva test which alerts you if you’re a carrier already exists, but it costs $385 and is not covered by Medicare.

Under the pilot program, testing will be free and the government hopes to eventually make the test accessible to all Australian couples.

If you can’t wait that long, you can get a referral from your GP and pay for the test through a private pathology lab.

Initiative to do ‘amazing things’ for family planning

“This is an incredible world-first initiative that is set to do amazing things for couples who are considering having a family,” he said.

Budget 2018: This couple lost their little girl, but inspired a $500m budget pledge