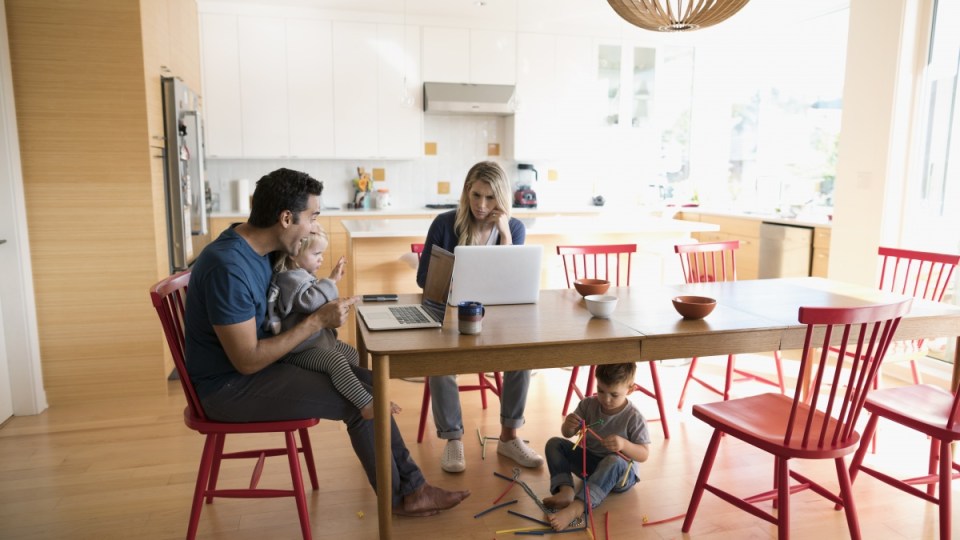 The government boasted low and middle earners would get a sizeable tax cut. Photo: Getty
analysis

No, Scott Morrison is not promising average Australians significant tax cuts. To use a technical term, the proposed cuts are ‘bugger all’. The Treasurer is promising a radical flattening of the tax scale to primarily benefit the top tier of income earners.

Average total earnings for employees is running at about $62,000 a year. Mr Morrison is promising such people a tax cut of $540 next financial year – although it won’t reach their pockets until August 2019.

The figures are there for all to play with on the very front page of the Treasury’s budget site – an income tax calculator that spells out exactly what you will or won’t receive.

The above calculations err on the conservative side. Median incomes – the people in the middle of the range of earnings – are lower than the average and it’s assumed the above earnings are all fully taxable. For people with taxable earnings of $200,000, the pre-tax figure tends to be considerably more.

But that still requires the same unlikely assumptions that make all the Treasurer’s big, bold future numbers possible.

Treasury appears to be brave – certainly braver than the Reserve Bank – in its forecast of wages growth of 3.25 per cent for 2019-20.

Beyond that year, Treasury turns positively heroic. The trick here is that the extremely brave figures are not forecasts – they are merely “projections” based on the Goldilocks assumption that “spare capacity in the economy is absorbed over five years”.

The basis of the “projections” is spelt out each year in the budget papers, that they are based on the fairy story of everything going absolutely perfectly for the Australian economy. It never does.

If you make such a Goldilocks assumption to begin with, all the pretty numbers are forced to fall into place. Hence the budget assumes wages growth of 3.5 per cent beyond 2019-20 and GDP growth of 3 per cent for as far as the eye can dream.

Thus, all the rhetoric by treasurers of both stripes about what debt and deficits might be in a decade are, and have been, nonsense – a nonsense the commentariat meekly plays along with despite all the evidence of projections routinely failing.

And the rhetoric about meaningful tax cuts for average Australians and diving debt weren’t the only, er, ‘spin’ the government seemed to be getting away with on Tuesday night. There’s also the “record infrastructure investment” furphy.

The Treasurer can stand and reel off the names of various highways, byways, bridges and railways – most of the projects old, some new – but he actually cut federal transport infrastructure investment on Tuesday night.

This time last year, he took a leaf out of former treasurer Joe Hockey’s PR manual to invent a big number – $75 billion – by adding up years until he arrived at it.

Thus, the “record $75 billion” is over 10 years – an average of just $7.5 billion a year. In infrastructure terms, it’s chickenfeed. New South Wales alone spends a multiple of that each year.

By merely extending the $7.5 billion annual average for another year, Mr Morrison effectively reduced the federal spend in real terms. It’s a simple trick, but plenty fell for it.

Last year’s budget was framed around fixing the issues that nearly cost Malcolm Turnbull the last election. It’s no surprise that this year’s budget would be about winning the next one. It is a very big surprise to me that it’s trying to do so primarily with rhetoric and spin covering a marked flattening of our progressive tax system.

As a nation, we have relied on the progressive nature of income tax to limit the growth in income inequality. It hasn’t stopped the rich getting disproportionately richer, but it has kept income inequality fairly stable.

Moving to a flat marginal tax rate of 32.5 per cent for incomes from a low $41,000 a year to a high $200,000 is an ideological leap to fundamentally weaken the system’s progressive nature. The winners are not “middle Australia” but the top decile or two.

Last year’s budget represented a swing by the Coalition back towards the pragmatic centre of Australian politics. This year, with nailing the inane tax cap figure of 23.9 per cent of GDP to the mast, the Liberal Party has again swung away from the centre back to the wealthier right.

Budget 2018: The ‘Middle Australia’ tax cuts are a con