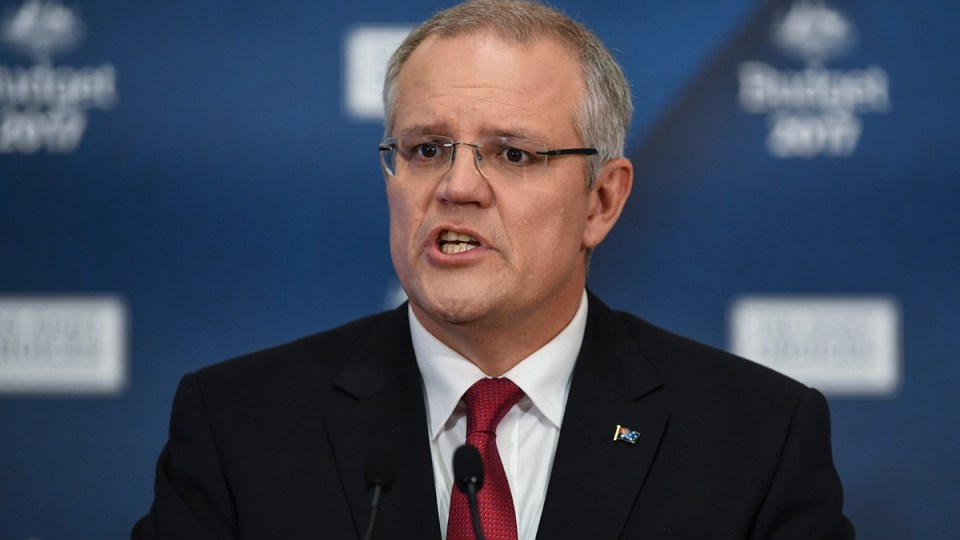 It doesn’t say it anywhere in the budget papers or the Treasurer’s speech, but the 2017 Budget recognises the crisis facing Australian households.

That crisis is a record stock of private debt that is hurting the ability of householders to spend, and it is made worse by flat wages growth and too few hours of work to go around – two million Australians are unemployed or under-employed.

So without saying it, the Coalition government has done what a centre-left government would do: stimulate the economy out of trouble.

Here’s the plan. Scott Morrison and Malcolm Turnbull are maintaining or increasing tax-funded jobs by avoiding cuts to Medicare, fully funding the National Disability Insurance Scheme beyond 2019, and boosting schools spending (albeit by less than Labor had pledged to do).

They are creating tens of thousands of jobs directly by investing in major infrastructure projects – the $8.4 billion Brisbane to Melbourne inland rail line, Sydney’s $5.3 billion second airport, plus dozens of rail and road projects across metro and regional areas.

And the government is incentivising private companies, particularly in the small and medium-sized (SME) sector, to get on with creating new jobs quickly.

That last point is key.

While private debt has grown and wages have stagnated, business investment has been too weak to prevent chronic under-employment.

The jobs figures the Treasurer boasts of (600,000 created since 2013, producing an unemployment rate of 5.8 per cent) are deceptive because so many of the jobs are part-time.

To address that situation, the government is sending three signals to SME businesses.

Firstly, increases in public spending in the areas listed above will offer private contractors opportunities to grow their profits, and they won’t care particularly that those profits come via increases to public spending and further government borrowing.

Secondly, the government is making it more affordable for those SMEs to act quickly. The $20,000 ‘instant asset write-off’ has been extended, so a new coffee machine, power tools, or computer system can bring a large tax refund in the first year.

That will combine with a tax cut, to 27.5 per cent, for businesses turning over less than $10 million a year.

Some will pocket that money, but for those wishing to capture profits from the new government-funded projects, it will make hiring the required staff more affordable.

Finally, the same SMEs will get the signal to ‘hire Australian’ via increased fees for hiring foreign workers.

The ‘Skilling Australia’ levy, which is even higher for big businesses, is forecast to bring in $1.2 billion in revenue – enough to fund apprenticeships or other training for 300,000 Australians over four years.

All of which adds up to a very left-leaning way of fixing a crisis that should have been addressed by the two Abbott-Hockey budgets.

Don’t look for the new jobs on Wednesday, but the settings in this budget suggest they will start to flow with months.

Budget 2017: ScoMo turns left in his bid to fix the economy