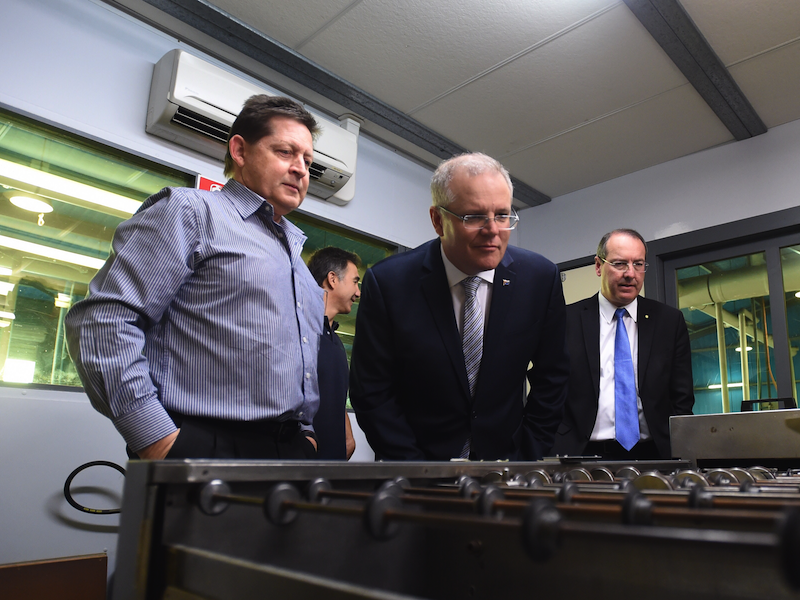 In the cold light of day, some of the big ideas contained in Tuesday’s budget need reappraising.

The way in which the Turnbull government is attempting to stimulate to economy through the small business sector stands out in this regard.

To recap, the government is attempting to stimulate the economy through the small- to medium-sized enterprise sector – the SMEs.

• Reforms get broad tick, but not all are super
• Labor set to fight new budget measure
• Federal Budget 2016: winners and losers

Third, SMEs will continue to receive the government’s generous instant asset write-off, which means they can invest in items of new equipment up to $20,000 and claim the entire cost as a tax write off in the same year.

That’s not all that will benefit small businesses. The government is largely replacing the old ‘work for the dole’ scheme with wage subsidies to encourage businesses to take on workers under 25.

Will the stimulus work?

So SMEs will get big tax breaks, plus a hefty chunk of money for taking on new under-25 workers, thereby chipping away at Australia’s huge youth unemployment group.

But is that enough? Peter Strong, chairman of the Council of Small Business of Australia, told me tax cuts or wage subsidies alone wouldn’t work.

But together, he says, they are very likely to encourage a slice of the SME sector to invest and put on new staff.

Previous interest rate cuts from the Reserve Bank, which are supposed to stimulate borrowing and investing, were not working, he says. But he thinks Tuesday’s rate cut, plus tax cuts, and wage subsidies will have a strong stimulatory effect.

The fly in the ointment

The plan looks good overall, as it hands tax dollars back at a level in the economy where jobs can be created quickly.

The higher the threshold for tax cuts is raised, the more of the tax saving will end up in the pockets of foreign investors.

That’s because the larger a firm is in Australia, the more likely it is to have substantial shareholdings from foreign investors.

Now, under Australia’s system of ‘dividend imputation’, residents and foreigners are treated very differently by the tax office.

Australian investors in Australian firms received franking credits, which they redeem when their personal tax bill is worked out at the end of the year.

The principle is this: a dollar of profit is taxed at 30 cents at the company level. The after-tax profit (now 70 cents) is given to a shareholder as a dividend.

So if the shareholder has a marginal tax rate of 37 cents in the dollar, they’ll receive a credit for the 30 cents the company paid – so when the franking credits are redeemed, they’ll only pay 7 cents.

That means that any Australian shareholders in Australian companies who have a marginal tax rate above company tax, will not be affected by the company tax cut.

Meanwhile, a foreign investor does not get a franking credit, so a company tax cut will cut their tax bill – in Australia at least.

What this all means for the Coalition’s company tax cut, is that as long as it is for small companies only, the net affect on government tax revenue is likely to be small, because both the companies involved and their shareholder are almost all local residents.

But as the threshold rises, the ATO will start to lose tax dollars into the pockets of foreign investors.

Labor has already said it will oppose extending company tax cuts from a $2 million threshold to companies worth $10 million. In this, it seems to be voting against a perfectly sound stimulus program to get a troubled economy running again.

However when the thresholds rise in the years ahead, Labor may have a point.

The policy is aimed at stimulating the Australian economy not at making foreign investors wealthier, and thereby stimulating inward investment. Or if that is the objective, the government should say so.

Until then, voters need to remember that a large slice forgone tax dollars will end up in foreign pockets.

The stimulus plan looks good in its current form. But somebody needs to run the numbers on what the more aggressive tax cuts will mean for the budget bottom line in the years ahead.