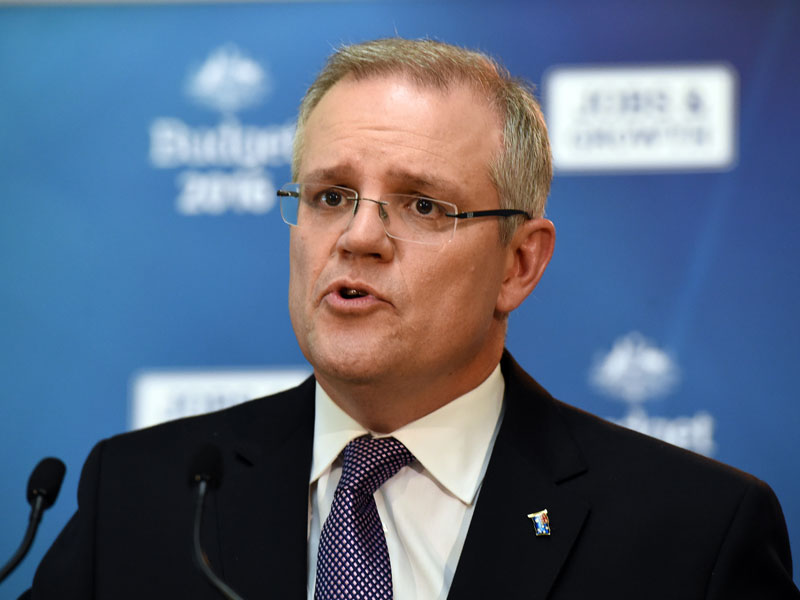 More than any recent budget, the Turnbull government’s first plan for the nation says one thing and does another.

That’s not a bad thing, because what it says is ‘everything’s looking up’, but what it does is prepare the nation for a bit of a belting next year – the belting economists have been predicting for some time, which was borne out by the Reserve Bank’s rate cut on the same day.

The Treasury forecasts on which the document is based are hopelessly optimistic.

The terms of trade, for instance, which have fallen 10.3 per cent and 8.75 per cent over the past two years, are seen miraculously rising next financial year – by 1.25 per cent.

The iron ore price – a key determinant of tax revenue – is assumed to be $55 a tonne, when in the past month Macquarie Bank has tipped a price next year of $48 a tonne, and Credit Suisse $40 a tonne. Inflation is assumed to rise from its current very low 1.3 per cent to 2 per cent over the next financial year, and wages will rise even faster at 2.5 per cent.

Budget forecasts are always rubbery, because the government of the day gets to cherry-pick which it sees as most accurate – or more to the point, useful.

But these figures are rubbery in the extreme. They just won’t come to pass, which means that most of the projections in the budget are a kind of upbeat fantasy.

That’s not all bad – the Abbott government was expert at talking the economy down, finishing with the line “and it’s all Labor’s fault”. The Turnbull government at least tries to inspire confidence.

That’s not going to happen, because although the government has clawed back billions in additional tax revenue, it’s handed nearly the same amount back to other beneficiaries.

The net effect over four years is an extra $1.6 billion of revenue in a budget worth $451 billion, so virtually no change.

But within that ‘no change’ are big changes to redistribute the tax burden.

That’s huge, and something that many economists have called for for years.

On its so-called ‘multinational tax avoidance’ plans, it actually plans to find extra money from “[local] companies, multinationals and high wealth individuals not paying the tax they should” – so it’s a lot more than a ‘Google tax’, and will rake in an extra $3.3 billion over four years.

There’s tobacco excise increases and abolishing a duty-free tobacco allowance, which the government thinks will produce a huge $4.7 billion in extra revenue over four years.

Where the money goes

All those tax increases are offset by $9.3 billion of tax concessions aimed at stimulating the economy.

These tax concessions go partly to middle-income earners, who will save nearly $4 billion by not being pushed from the 32.5 cents tax bracket to the 37 cents bracket for about another four years (at current wage inflation rates).

Small businesses, and businesses newly classified as ‘small’, will save around $5.3 billion on their tax bills over four years, which when added to other measures in this budget results in that net gain to revenue of just $1.6 billion.

Shaking off the Abbott years

So the budget is saying ‘everything’s on the up’, while using targeted stimulus measures that allow middle Australia to spend more, and small-business Australia to be more profitable and therefore hire more.

That’s pretty good sense, because as I wrote last week, a budget handed down on the eve of a truly tough year ahead, should be judged on its ability to stimulate jobs and growth, not pander to small-government zealots.

And the small-government diehards within the Coalition will be disappointed on two scores.

Then again, the overblown ‘debt and deficit’ campaign of the Abbott years is really not the main game in keeping Australians in work in the years ahead.

Second, the government revenue and spending figures at which the supposed surplus occurs are both considerably higher than the Abbott-era targets.

In the 2014 budget, the target was set on the revenue side at 23.9 per cent of GDP. The Turnbull return to surplus is predicted to occur when revenue and spending meet at about 25.2 per cent.

It will need to be that high, or higher, if Australia is going to meet its health and education demands in the years ahead.

To have broken the Abbott mould and thereby bury the ‘debt and deficit is everything’ furphy is a good start toward dealing with the difficult days ahead.