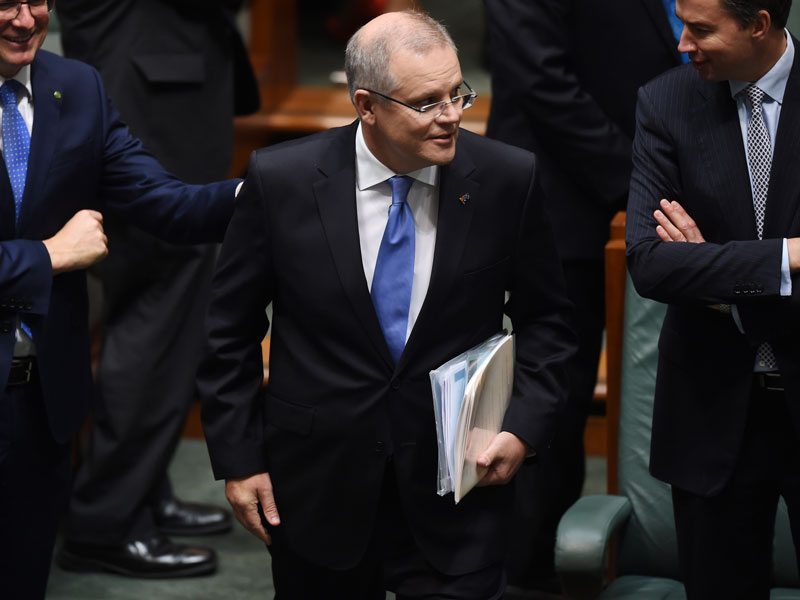 A long-term boost to the economy through a tax and superannuation plan were among the measures the federal government announced to achieve its mantra of increased jobs and growth in 2016’s federal budget.

“This is the right plan for Australia to overcome the challenges of economic transition and to a clear path for long-term growth and new jobs in a stronger economy,” Mr Morrison told parliament.

See below for your quick guide to the federal budget 2016.

The Australian economy faced another year of deficit – forecast to continue until at least 2020-21 – with net debt forecast to reach $286 billion when the current financial year ended in June.

It would increase by about $40 billion by next financial year, according to the Federal Budget.

The upper limit of the middle-income personal income tax threshold would jump from $80,000 to $87,000, Mr Morrison said.

It would stop about 500,000 taxpayers graduating to the second highest tax bracket each year through inflation.

Mr Morrison will introduce a $1.6 million cap on the total amount of superannuation an individual can transfer into retirement-phase accounts.

People with combined incomes and superannuation contributions greater than $250,000 will pay 30 per cent on their concessional contributions, up from the current 15 per cent.

And a new lifetime cap of $500,000 will be introduced for non-concessional contributions – to stem the use of super for tax minimisation and estate planning.

As the mining boom slowed, the Federal Government has announced a transition to a more diverse economy.

The number of enterprises eligible for instant tax write-offs on asset purchases worth up to $20,000 will also increase, after the threshold rose from turnovers under $2 million to up to $10 million.

All businesses will benefit over the next 10 years, with the company tax rate to be lowered to 25 per cent.

Good news for university students – the Federal Government did not announce measures to deregulate higher education.

Overall, university funding would increase 0.9 per cent to $12.3 billion, although funds available to poorer students to help with uni fees would be cut $152 million.

The Federal Government announced measures for a $96 million ‘try, test and learn’ fund for people vulnerable to long-term welfare dependency.

For the most at-risk Australians, a $5.1 million early intervention program, which included a three-year trail to help children whose parents have mental health issues or were in jail, was announced.

The cost of Australia’s contribution to the war against Islamic State would surpass nearly $1 billion over the next three years.

Mr Morrison announced a $335.4 million boost to Operation Okra – Australia’s military contribution to the international effort against IS – it would take the 2016-17 spend to $353 million.

But that would decline over the next two years.

This would generate a saving of $40 million over four years.

Additonal money would also be injected into off-shore detention in Indonesia ($55.4 million), and Nauru and Manus Island ($61.5 million).

A new Australian Taxation Office taskforce to hunt down multinationals and high-wealth individuals operating outside the bounds of the law will be created.

Nearly $680 million would be spent over four years on measures that included a new taskforce led by the ATO, steep penalties for tax dodgers and tighter rules to close loopholes that multinational companies have been exploiting.

Multinationals attempting to shift their Australian profits off-shore would be slapped with a 40 per cent penalty tax rate.