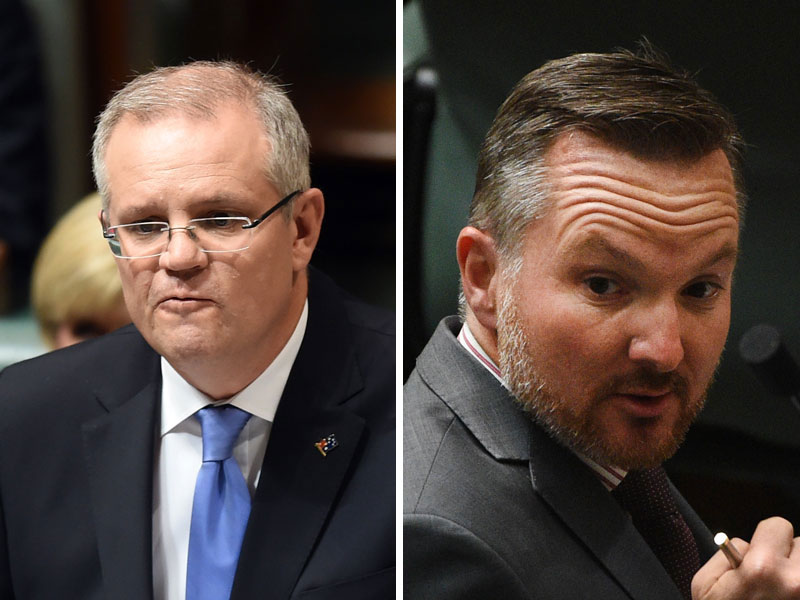 Small business and bracket creep tax cuts announced by Treasurer Scott Morrison have laid down the battle lines for the July 2 federal election.

Mr Morrison’s federal budget announcement of a 10-year plan to reduce all company tax to 25 per cent has been rejected as unfunded and “laughable” by Shadow Treasurer Chris Bowen, who said it could threaten Australia’s AAA credit rating.

The Treasurer said a July 1 lowering of the small business tax rate to 27.5 per cent, for those with up to $10 million in turnover, would immediately benefit 870,000 businesses employing 1.5 million Australians.

Significantly, Mr Bowen supported this and the bracket creep cut for taxpayers earning up to $87,000.

But Mr Morrison’s “glide path” to the 25 per cent company tax for all business by 2026 is now a clear point of difference in the coming election.

While media commentators and analysts scoured the budget papers for winners and losers, the election battle will centre on just whom to trust in economic management.

With the RBA taking the unprecedented step of cutting interest rates to a record-low 1.75 per cent on budget day, there is a risk the Coalition’s message of a steady hand at the economic wheel will be undermined.

With an election due on July 2, that’s a big deal.

Polls show voters overwhelmingly favour the Coalition over Labor when it comes to economic matters, while Labor is favoured in terms of other key election issues such as health, education and the welfare safety net.

There is an added risk.

Mr Bowen has been confronted with a Treasury model showing projected revenue from Labor’s tobacco tax has a $19.5 billion black hole.

Also re-opened for aggressive debate is the level of future Commonwealth funding for health and education with Labor claiming it can better fund these through tax reforms to be announced on Thursday and through the election campaign.

While the university sector will not now have student fees deregulated, universities will have to absorb a 20 per cent funding cut originally proposed in a fee deregulation package.

Although the Turnbull government has had to oversee an increase in Australia’s debt and deficit because of rapidly reducing nominal GDP revenue receipts post mining boom, both parties are claiming they can steer the budget back to balance through constraints on spending and tax reforms.

But if the election is all about who is the better economic manager, this week’s budget will establish a discipline on both major parties: Neither can promise much; neither can deliver much without threatening our AAA credit rating.

Long term, Australian prosperity should prevail through strengthening business activity with China, Indonesia, India and the rest of Asia.

Short term it’s all hands on deck to keep the economy from deflating.