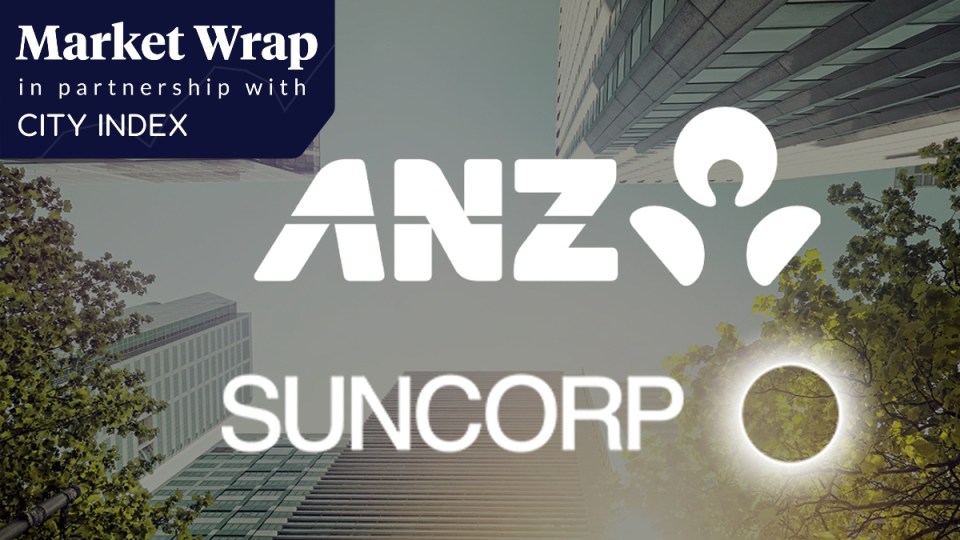 ANZ's takeover of Suncorp was one of the biggest financial stories this week. Photo: TND

US sharemarkets rebounded as better-than-expected US Q2 earnings reports temporarily eased concerns over an imminent slowdown.

Markets were also supported by the apparent confirmation that Russian gas supply to Europe will soon resume via the Nord Stream 1 pipeline.

The ASX200 traded to its highest level in five weeks, supported by a rebound on Wall Street and strong gains in tech, resources and financial stocks.

Here are the top five things that happened in markets this week:

The release of the RBA meeting minutes for July added a hawkish element as it included a new discussion on the neutral interest rate and reminded the market that the level of interest rates was still very low for an economy with a tight labour market and high inflation.

The base case is for a 50-basis-point rate hike when the RBA next meets in August, but an inflation-busting 75-basis-point hike cannot be ruled out.

2. The big banks keep getting bigger

Suncorp accepted a $4.9 billion offer from ANZ to buy its banking business in a deal that needs to be approved by both the ACCC and the federal government.

The annual headline inflation rate in the UK increased to 9.4 per cent in June, the highest rate since 1982, exceeding expectations for a 9.3 per cent rise.

Core CPI, which excludes volatile energy and food prices, rose by 5.8 per cent, falling further from 6.2 per cent in April.

Earnings per share were better than forecast, at $2.27 (adjusted) versus $1.81 expected.

In a letter to shareholders, Tesla said it had sold about 75 per cent, or $936 million, of its Bitcoin holdings.

The shareholder letter explained the sale “added $936 million of cash to our balance sheet”, overlooking the $1.5 billion it cost the company.

Despite news that Elon Musk and Tesla have thrown in the towel on the bulk of their Bitcoin investment, Bitcoin has gained more than 10 per cent this week and is now 35 per cent above its June lows.

Behind Bitcoin’s revival: Hopes that the Federal Reserve’s aggressive hiking cycle may slow down in the coming months.