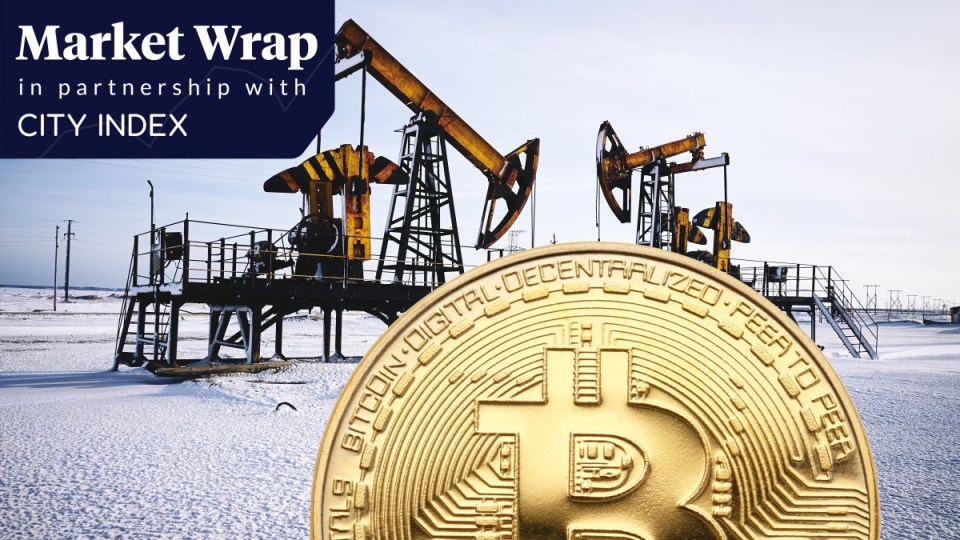 Bitcoin's plunge was one of the major finance news stories this week. Photo: Getty/TND

It’s been another wild ride on Wall Street this week as the aftershock of last week’s red-hot US inflation data permeated across US equity and bond markets.

And it was a horror week for the ASX200, which was down more than 5 per cent at one point as jittery investors lost faith in central banks’ ability to tame inflation without driving economies into recession.

Here are the top 5 things that happened in markets this week.

1. FOMC delivers a jumbo 75 basis-point hike and promises more ahead

This week the Federal Reserve showed its determination to tame spiralling inflation by lifting rates by 75 basis points to a range of 1.5 per cent-1.75 per cent, the largest increase since 1994.

Additionally, the Fed flagged that a follow-up 75 basis-point hike is possible in July, and forecast interest rates would rise to 3.4 per cent by December and 3.8 per cent by the end of 2023.

The Australian economy added a much better than expected 60,400 jobs in May. The jobless rate held steady at 3.9 per cent as the participation rate climbed 0.3 percentage points to 66.7 per cent.

The New Zealand economy shrank by 0.2 per cent in the first three months of 2022, due to the effect of COVID and higher interest rates. A rebound in the June quarter is likely. But the outlook for next year is uncertain as the risks of recession increase.

The bear market in crypto extended this week as Bitcoin fell almost 25 per cent following rumours regarding the liquidity of Celsius, a major crypto borrow/lend platform.

On top of this, there were unconfirmed reports that the $10 billion Three Arrows Crypto fund failed to meet a margin call and is insolvent.

The Yen tumbled to a 24-year low of 135.59 per dollar, driven by the central bank divergence of a hawkish Federal Reserve up against a dovish Bank of Japan.