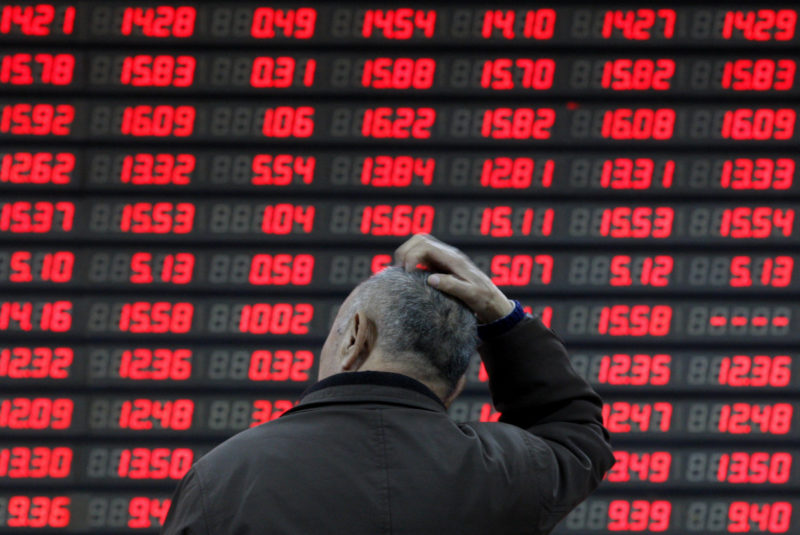 There were few stocks that didn't follow the market's slide. Photo: Getty

The Australian share market has suffered its worst week in more than two years after another major drop, slumping to its lowest closing level in 14 months.

The ASX200 declined 4.24 per cent for the week, its worst performance since the week ending 24 April 2020, after declining every day except Wednesday. Its close was its lowest since April 7, 2021.

“To be honest, it’s not overly surprising, given what we saw from the Reserve Bank,” which raised interest rates more aggressively than many were expecting on Tuesday.

The financial sector declined 9.0 per cent for the week, its worst loss since March 2020, the beginning of the pandemic.

All the big banks gave up their morning gains and finished lower on Friday, with the biggest, Commonwealth, close to a one-year low at $93.78. CBA was down 1.2 per cent on the day and 10.7 per cent on the week.

Nonbank lenders Australian Finance Group, Peppermoney and Resimac were all down from 5.5 to 7.3 per cent amid fears that rising rates will result in bad debts and collapse the property market.

Property was in fact the worst performer on Friday, down 2.9 per cent. The sector has also suffered its worst week since March 2020 with a 7.0 per cent drop.

Every sector was lower, with energy – the one area that has held up lately – falling 1.6 per cent even as Brent crude hovered around US$122 a barrel.

Woodside was down 1.6 per cent and Santos fell 1.5 per cent.

Miners in a hole

Tiny Bubs Australia was a rare bright spot on the market, gaining 9.2 per cent to 65 cents after advising that the air cargo flight of baby formula chartered by the US government would be purchased by American supermarket giants Krogers and Albertsons.

Bubs formula is being imported on an emergency basis to help relieve a major infant food shortage in the US.

The Australian dollar meanwhile was buying 71.24 US cents, down from 71.79 US cents at Thursday’s close.

Looking ahead, Aussie traders will be watching the release of US inflation data, as it will likely influence the pace of future Federal Reserve interest rate hikes.