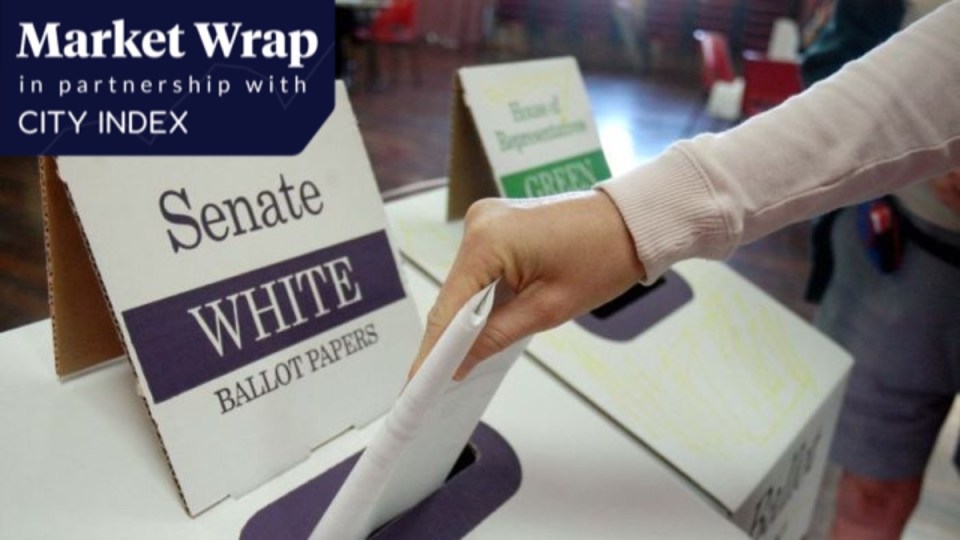 The Australian federal election is being held on Saturday.

Another wild ride for US sharemarkets last week, down over 6 per cent at one point, before a rally on Friday helped trim losses to a more respectable 2.4 per cent.

The month of May has lived up to its reputation as a volatile one for the ASX200, which closed the week 1.8 per cent lower at 7075 after being down 3.75 per cent at one point.

The RBA’s May meeting minutes are expected to be hawkish, reinforcing expectations for another rate hike at its next board meeting in early June.

The market is looking for 20,000 increase in employment.

US earnings season continues with some of the country’s largest retailers set to report, including Walmart, Home Depot, Target and Lowes.

Shoppers flocked to Target during the pandemic, resulting in an acceleration in sales and earnings growth.

Adjusted EPS is expected to fall 16.2 per cent from last year to $3.09 as it comes up against tough figures from the year before.

Overall revenue is forecast to rise 2.2 per cent year on year to $24.4 billion.

4. Can Bitcoin continue to bounce back?

Bitcoin fell by 25 per cent last week to nearly $25,000 after the third-largest stable coin, Terra, de-pegged from the US dollar.

Bitcoin has since rebounded above $30,000, leaving signs of capitulation at last week’s low.

Capitulation is often seen in markets ahead of rebounds.

The Australian election is just five days away.

Both polling and betting markets have the ALP well ahead.

Although these aren’t necessarily foolproof, and unlike the 2019 election, the economic policies of the major parties are similar, which means the impact on markets should be limited in the event of an ALP win.

In return for their support, independents may insist on policies that are less market friendly.