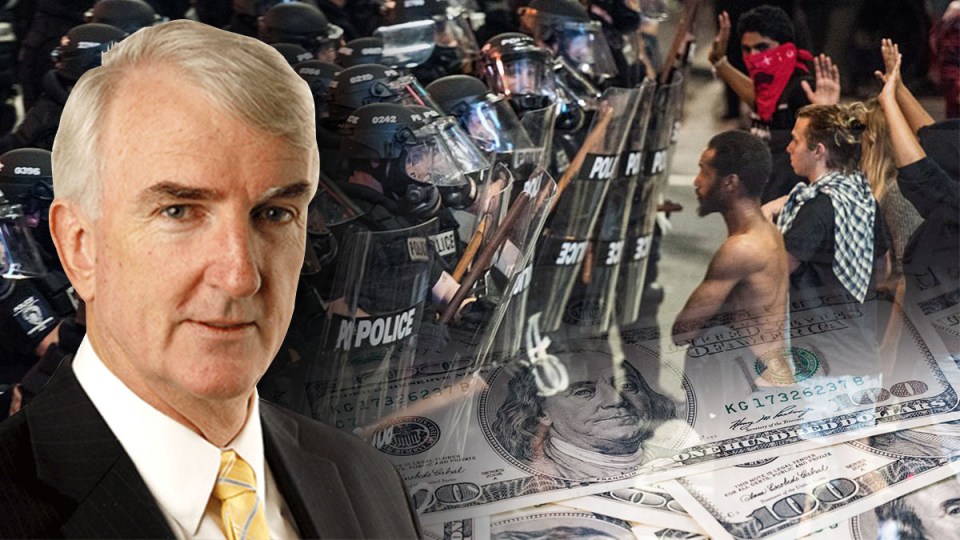 Wall Street is suddenly more worried about the risk of “civil unrest” than a US-China trade war. Photo: TND
analysis

Wall Street is suddenly more worried about the risk of “civil unrest” than a US-China trade war.

A disaffected population taking to the streets is now Big Money’s third biggest concern behind whatever COVID does next and the tech bubble bursting.

That was the surprise finding of the November Bank of America global fund managers survey, a poll of managers looking after $US573 billion ($784 billion) in assets. 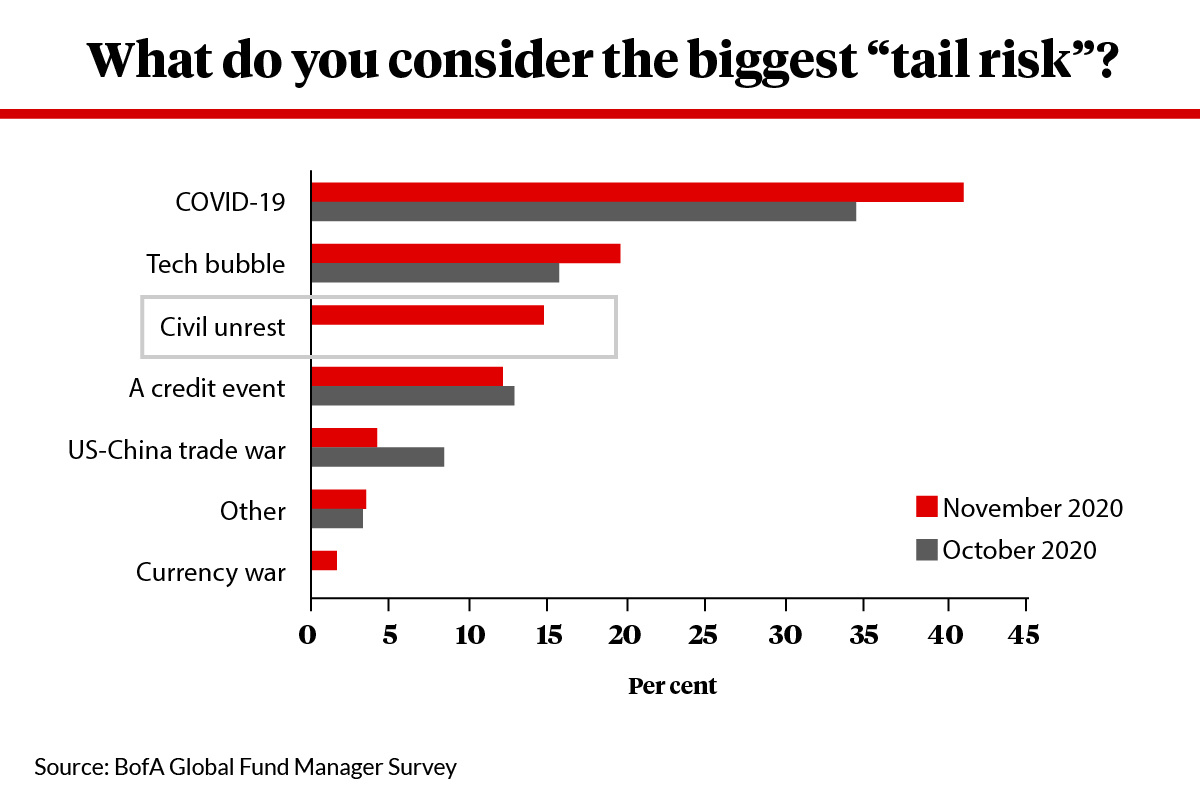 It was also mostly overlooked.

Reporting of the survey concentrated on how bullish the funds managers have become, how they are now holding less cash than they were before COVID hit, how they are starting to fancy emerging market, small cap and value stocks more, and expect longer-term interest rates to rise. (Mind you, fund managers have regularly tipped higher rates and emerging markets to outperform, generally without much success.)

But for local fund manager Mike Mangan, it was the civil unrest threat that caught the eye.

“US fundies didn’t even consider civil unrest as a ‘tail risk’ in October. But it’s popped up to be the 3rd biggest concern in November,” he wrote in his private newsletter.

“This is the first time I can recall Wall St starting to sense the danger.”

For Mr Mangan, the “danger” is the pent-up frustration of 130 million Americans who can’t access $400 in an emergency but who are watching rich Americans get fabulously richer, thanks to central bank policies of ultra-cheap money boosting asset prices.

If you have money, you can borrow more money for extremely little to buy real estate and stocks that are being pushed up in price by cheap money, making them even more unaffordable for those without money.

No, it’s not good policy but it’s also in place in Australia with the same outcome of increasing wealth inequality.

As the government starts to tighten fiscal policy next year, the Reserve Bank’s cheap money for asset price inflation will remain as the main stimulus prescription.

The November BoA survey has to be seen in the context of the uncertainty about how the US presidential election result will go down – how those MAGA-hat-wearing, assault-rifle-toting Trump believers will accept Joe Biden winning when their fuhrer claims he has been robbed.

But it has been a regular subject of concern in Mr Mangan’s writing, the election merely bringing it to the surface for fund managers.

“You’ve got no money, no prospects and little education. You don’t trust the ‘guv-mint’ and you’re certainly not wearing a face mask.

“Your main hope for the future, Donald J Trump, just lost a ‘rigged and fraudulent’ election.

“In those circumstances taking all that baggage to the street becomes very appealing. It’s all you’ve got.”

Whatever the trigger, Mr Mangan’s argument – and it is not his alone – is that increasing inequality eventually causes an eruption, societal breakdown, the stuff of revolutions.

Without progressive tax and wealth redistribution policies, without evidence that positive reform is possible, when the dominant policy direction has been by the powerful for the powerful, the grievances of the disempowered can only mount. Pressure cookers have limits.

The US Republican Party has persistently skewed towards the lower-tax, smaller-government mantra of the “neoliberal” Right in recent decades. In turn, that has been slavishly mimicked by the usual local suspects, wealth’s politicians, mouth pieces and media.

It’s hard to comprehend what Australian politicians could find so attractive about an increasingly divided, very rich country that can’t even achieve good universal health care and a modicum of gun control.

We are well behind the US example, but dedicated folk are working on it.

In the short term, it can make the rich richer – but history says it doesn’t end well.

Michael Pascoe: Why the Big Money is worried about civic unrest