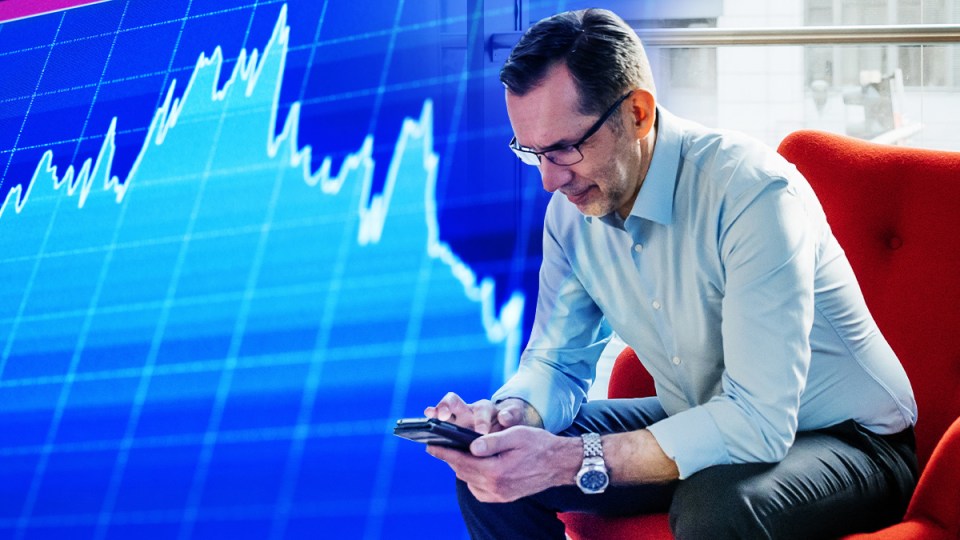 A new app designed to make it easier for Australians to enter the stock market has raised eyebrows among financial experts.

Australians who rode the armchair trading wave during pandemic-driven lockdowns were recently given a new opportunity to invest through a low-barrier mobile phone application.

But financial experts have warned the new breed of retail investors to proceed with serious caution to avoid whittling down their savings.

Modelled on the US app Robinhood (which lured many younger investors to trade for the first time), the app offers a flat $5 brokerage commission per trade for Australian shares and exchange-traded funds (ETFs).

That ranks among the cheapest platforms around, with market leader CommSec charging nearly four times that in fees.

It also allows traders to invest with as little as $100 (compared to CommSec’s minimum of $500) and set up a free account – though the free version only provides basic company reporting and delayed market data.

Some are worried the app exploits a boom in inexperienced traders and elevates the risk of gambling their money away.

Angel Zhong, a senior lecturer in finance at RMIT, recently researched the rise in retail traders during the first coronavirus wave and found a 66 per cent jump in trading volumes between January and mid-May.

“Low-cost trading platforms often facilitate social trading, where people take note of unmoderated investment advice from influencers on social media platforms such as Twitter and could act on this misleading advice very quickly if they have fewer barriers,” Dr Zhong said.

And a false sense of security in overpriced stocks could eventually leave younger investors prone to massive losses, she said.

“If we have more irrational traders, we won’t see public information of companies incorporated in their share price simultaneously, and retail investors who undertake a short-term perspective will most likely suffer losses in a highly volatile market,” Dr Zhong said.

An ASIC report in May found around 4675 new trading accounts were opened daily from February 24 to April 3, more than triple the average of the previous six-month ‘benchmark period’.

That surge resulted in skyrocketing turnover on daily securities markets, with the pre-pandemic daily average of $1.6 billion increasing to $3.3 billion over ASIC’s ‘focus period’.

ASIC Moneysmart senior executive leader Laura Higgins said regardless of whether a share market is gaining or falling, one rule should always apply.

“Retail investors need to understand their risk appetite and what they can afford to lose, and particularly in a period where there’s a lot of uncertainty for people they need to have an investment plan, and that only comes from taking things slowly and doing sound research.”

Ms Higgins said aspiring investors could dip their feet in by first tracking where their superannuation fund invests and unpacking their returns to see what stocks are profitable over time.

CMC Markets director of stockbroking Andy Rogers said his firm, which enables participation in international markets, saw most stocks traded in Brainchip, Zip, Tesla (US), ANZ and Afterpay in September.

Mr Rogers said improvements in technology and freely-available research from trusted analysts had armed retail investors with the tools to develop a reliable, diversified investment portfolio.

So long as they know where to look.

“Market data is a commodity, but a retail investor can now get that real-time information as quickly as the professionals through online broker platforms or education providers,” Mr Rogers told The New Daily.

“In terms of managing risk, the key is diversity, and also potentially not jumping into something that’s going to grow twentyfold because those speculative stocks are higher risk.

“But from what we’ve seen, it’s not like people are purely jumping into small-cap stocks for pure growth, they are still invested in some of the blue-chip companies like your miners or in the banking sector.”

You can invest in shares with the press of a button. But it’s riddled with risk