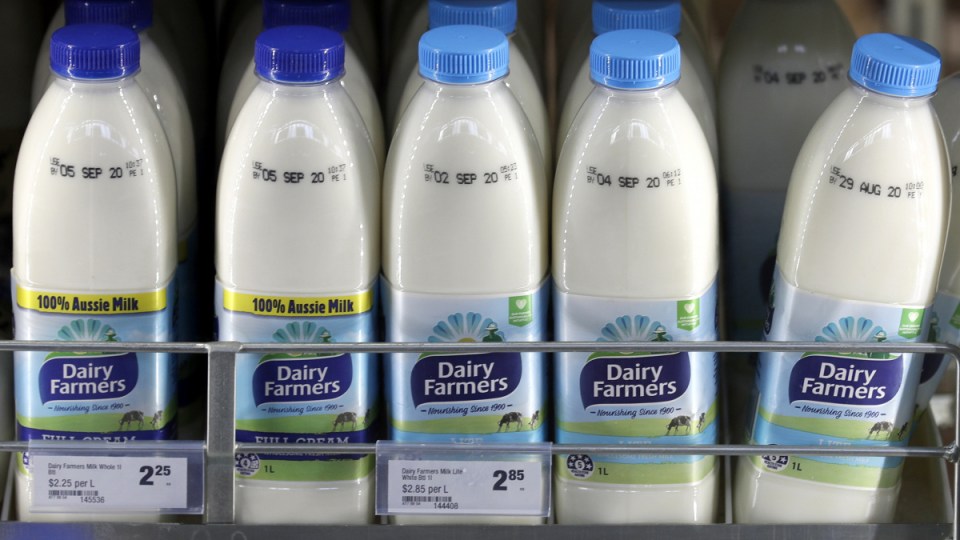 A company part-owned by the Chinese government has been blocked from controlling popular Australian brands such as Pura, Dairy Farmers and Dare flavoured milk.

Lion Dairy & Drinks Pty Ltd and China Mengniu Dairy Company Ltd have agreed to not proceed with the sale.

“This follows the communication of my preliminary view to Mengniu Dairy that the proposed acquisition would be contrary to the national interest,” Treasurer Josh Frydenberg said on Tuesday.

Kirin said it had agreed with Mengniu Dairy Co to terminate a $600 million transfer deal signed in November because Australia’s Foreign Investment Review Board was unlikely to approve it.

“This is an unfortunate result,” Kirin said in a statement.

“But the revival and restructuring of Lion Dairy & Drinks are a top priority and we will continue to look for the best scenarios for the business with Lion.”

In February, the Australian Competition and Consumer Commission said it would not oppose the proposed sale after considering its potential impact on competition.

The decision comes amid tense diplomatic and trade relations between Australia and China.

China’s most recent action was the launching of an investigation into whether Australian winemakers are flooding the country with cut-price product and drowning out local producers.

Prime Minister Scott Morrison rejected any suggestion there had been dumping, pointing out Australian wines were the second most expensive in China.

The relationship has been heavily strained by disputes over coronavirus, foreign interference legislation and the decision to ban Huawei from Australia’s 5G network.

Wang Xining, the deputy head of misson with the Chinese embassy in Canberra, will give a rare speech to the National Press Club on Wednesday on the topic: “China and Australia – Where to from here?”