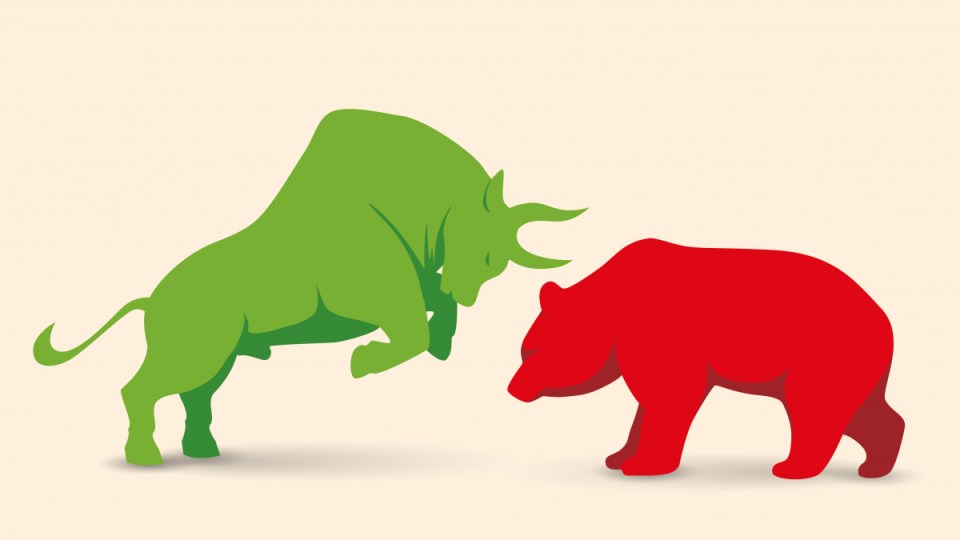 Sharemarkets are surging during the worst economic shock since the Great Depression. Photo: Getty

Australians could be forgiven for looking at the sharemarket and concluding our economy has already recovered from COVID-19.

After plunging almost 40 per cent at the beginning of the pandemic, the local bourse has staged a months-long recovery and is now just 13.6 per cent below its February peak.

Similar stories have played out across the UK and Europe, while the US sharemarket hit an all-time high on Tuesday.

It is difficult to reconcile this with the millions of job losses and coronavirus infections worldwide.

But there are several explanations for this juxtaposition.

First, tech companies account for such a large chunk of the US sharemarket that when they do well the overall index does well.

The largest tech companies – Amazon, Apple, Facebook, Google’s parent company, Alphabet, and Microsoft – account for more than 20 per cent of the S&P 500 and have all profited from stay-at-home orders.

People bought equipment for home offices, streamed movies for entertainment, and shopped online as high streets were off limits – driving up valuations in the process.

So much so that even though more than 60 per cent of listed companies in the US are worth less today than before the pandemic, the S&P 500 index nonetheless reached an all-time high on Tuesday.

This American euphoria has somewhat boosted the Australian market – though the recovery in the local bourse has been driven more by resurgent mining stocks, on the back of strong demand from China.

Second, sharemarkets are forward-looking. The value of a share today is based on its potential value in the future.

This is why the local sharemarket collapsed in February and early March, well before the national cabinet had banned large gatherings and restricted pubs and restaurants to takeaway.

Investors saw what was happening in China and predicted that large swathes of the Australian economy would soon be locked down to contain the spread of COVID-19.

Such an event would lead to countless job losses and decimate the earnings of thousands of companies, so investors rushed to dump their shares en masse.

As a result, the Australian sharemarket, as measured by the All Ordinaries index, fell by 37.1 per cent between the peak of February 20 and the trough of March 23, which is when the Australian government shut pubs and clubs.

The sharemarket was hit first; the real economy, weeks later.

But fast forward to today and the opposite is true.

Businesses are continuing to shed jobs due to a combination of government restrictions and weak consumer confidence. But having suffered record falls already, sharemarkets are now grinding higher and looking to the future – buoyed by hope of a vaccine, and the whirring of the central bank printing presses.

Which brings us to our third and perhaps most important point.

Central banks and governments around the world have spent record amounts to cushion the blows of this economic crisis.

Through JobKeeper alone, the Australian government has subsidised the wages of some 3.6 million workers across more than 960,000 businesses.

The scheme is scheduled to run until March 2021 and is expected to pump $102 billion into the economy over that timeframe.

And it’s only one of a series of measures that amount to roughly $200 billion in direct government spending – putting a floor under private consumption and supporting company earnings in the process.

And then there’s the role of our central bank.

On March 19, Dr Lowe slashed the official cash rate to a record low 0.25 per cent and announced the RBA would start printing money to buy government bonds from banks.

This is a form of quantitative easing – a controversial monetary policy used after the GFC that has the stated aim of driving down long-term interest rates to encourage borrowing.

Other central banks including the Bank of England and US Federal Reserve have also resorted to bond-buying programs during the pandemic – with the Fed committed to buying an unlimited number of mortgage-backed securities.

“The messaging now, almost uniformly, no matter where you look, is that rates are going to be low for the foreseeable future and more support is there if required,” said Rob Holder, asset allocation and portfolio analyst with Crestone Wealth.

“And with rates so low, that does two things.

“But it also pushes investors out of those lower-yielding assets and into more risky things [such as property and shares], as people are forced to chase those returns.”

Many analysts warn the market surge won’t last, though.

Past experience tells us another major sell-off will come sometime soon, they say. Just look at what happened after the ‘relief rally’ during the GFC.

But others believe this economic crisis is different, that it was caused by the imposition of government restrictions rather than a financial meltdown, and that central banks continually pumping cheap money into the financial system will prevent another major fall.

Unless a successful vaccine is announced sometime soon, Mr Holder expects shares to track sideways or slowly creep upwards until the US election in November.

But what happens after then is anybody’s guess.

Why sharemarkets are soaring when the economy is tanking