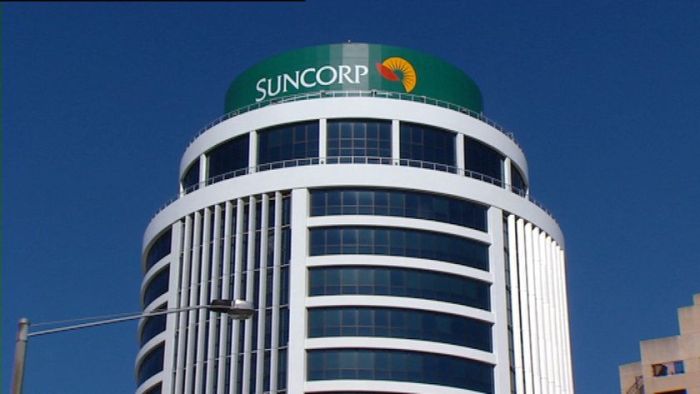 The acquisition of Suncorp Bank will be a cornerstone investment for ANZ, says ANZ's Shayne Elliott.

ANZ has agreed to buy Suncorp’s banking business for $4.9 billion in Australia’s biggest banking deal in a decade, and one the big-four lender describes as a vote of confidence in Queensland.

ANZ will continue operating under the Suncorp Bank brand for five years as it takes on an additional $47 billion in home loans and $45 billion in deposits.

Trading in ANZ shares was halted as the deal was announced on Monday after the bank said it would need to raise about $3.5 billion to fund the buyout.

ANZ chief executive Shayne Elliott said the “massively transformational deal” would allow ANZ to boost its presence in Queensland to the levels it had in Victoria and NSW, adding about a million customers to its stable of six million.

“It will strengthen the quality of our franchise while maintaining the things that are really important to us in terms of purpose, culture, values and our commitment to sustainability,” he said.

There would be no job losses or changes to the number of Suncorp Bank branches in Queensland for at least three years after the deal was completed, ANZ said.

The acquisition will need to be approved by the Australian Competition and Consumer Commission and federal Treasurer Jim Chalmers.

“We know there will rightly be questions from government and regulators about the competition aspects of this transaction,” Mr Elliot said.

“As the smallest of the major banks, we believe a stronger ANZ will be able to compete more effectively in Queensland offering better outcomes for customers.”

The Suncorp banking arm will continue to be led by chief executive Clive van Horen, while the company’s insurance operations in Australia and New Zealand were not part of the deal.

No decision had been made about whether to eventually merge the Suncorp Bank brand into ANZ or to create a new brand, Mr Elliott said.

“We’ve got time to think those things through,” he said.

Suncorp, which owns brands such as AAMI, GIO and Shannons, said the sale of its banking arm would support the growth of its insurance business.

Suncorp chairwoman Christine McLoughlin said the agreement was designed to create value for shareholders and would enable the company to focus on its insurance operations.

“Our purpose of building futures and protecting what matters – the focus of our company for over 100 years – will remain at our core and enable our people to deliver on our vision to create the leading trans-Tasman insurance company,” she said.

David Berthon-Jones, a co-chief investment officer at Aequitas Investment Partners, said he liked the mega-deal better than the other one ANZ had been considering in recent days – the possible acquisition of MYOB for $4.5 billion.

ANZ said on Monday it was withdrawing from talks with Kohlberg Kravis Roberts & Co (KKR) for the MYOB purchase.

Mr Elliot said the bank was “asking shareholders to reinvest back into the business to support this high-quality transaction”.