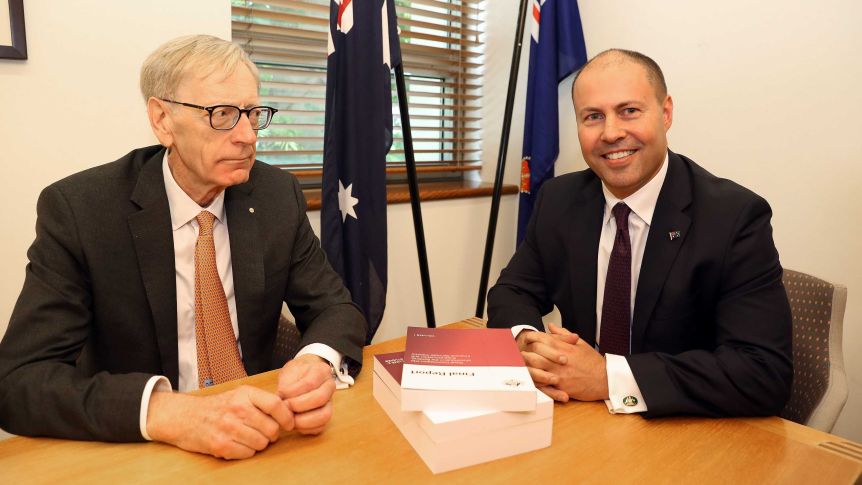 Consumer advocates and banking royal commission witnesses who exposed their suffering at the hands of major banks are urging the federal government to stop the winding back of responsible lending laws, saying the change could lead to a debt crisis.

Treasurer Josh Frydenberg in September said responsible lending laws had led to “restrictive lending” and needed to change to get more money into the economy.

Mr Frydenberg wants the laws watered down to help lift the country out of the coronavirus recession, but it’s not clear there is a credit crunch.

Even in the depths of Melbourne’s lockdown and in the middle of our first recession in three decades, lending for housing jumped almost 12 per cent, year on year in July.

That was the biggest one-month jump in 11 years.

The Consumer Action Law Centre, which helped many commission witnesses through the gruelling process, says changing responsible lending laws could lead to trouble.

“The Treasurer’s proposals are a real slap in the face to anyone who gave evidence at the royal commission,” said the centre’s policy director, Katherine Temple.

The royal commission showed the banks can’t be trusted to do the right thing and these proposals are essentially giving them more power and less responsibilities.’’

The first of Commissioner Kenneth Hayne’s 76 recommendations was for the government to leave the National Consumer Credit Act alone.

He said it “should not be amended” when it comes to a lender’s obligation to assess if a customer is suitable for a loan, credit card or overdraft.

But consumer advocates say the draft legislation does precisely that, rolling back consumer protections and putting the onus on customers – instead of banks – to work out what is suitable and what they can pay back.

We’re not great judges of our own financial circumstances,’’ Ms Temple said.

“Banks can make use of the very rich data they have to assess whether people can afford to repay these loans.”

“The Morrison government is implementing the most significant reforms to Australia’s credit framework in a decade to increase the flow of credit to households and businesses, reduce red tape and strengthen protections for vulnerable consumers,” he said in a statement.

Baptist minister the Reverend Grant Stewart spoke from the witness box on behalf of his adult son during the royal commission in 2018.

The then-26-year-old, who has Down syndrome, was aggressively and unwittingly sold several insurance policies he did not understand after answering an unsolicited call.

Mr Stewart said he was disappointed the Treasurer, who has met the family and cited his son’s case several times since the final report of the royal commission, was seeking to reduce protections for consumers.

“Given the amount of effort that was involved in putting the royal commission together, in the amount of people who gave evidence … it does seem to me we should honour that process,” he said.

In his letter, Mr Stewart thanked the Treasurer for changes to anti-hawking laws and ASIC’s ban on the unsolicited telephone sales of life insurance, but called for protections to be extended, not wound back.

“I am disturbed that the government is now proposing to remove the responsible lending laws, which were introduced after the global financial crisis and that Commissioner Hayne found justified (given the evidence showed the banks were failing to comply with the laws) to attempt to protect consumers from the misconduct of banks,” he wrote.

“Any reduction of lending protections might affect the wider community, particularly those who are most vulnerable and at risk to unscrupulous sales or advertising.”

Among many changes, the draft legislation removes the requirements for banks to assess if customers will be able to pay off a credit card they are offered, or to make inquiries of people taking out reverse mortgages.

Pensioner Robert Regan was the first non-expert to appear at the royal commission.

The widower went from having savings and a fully paid-off house to relying on charities for food after he took out large loans when he was sucked into an online romance scam.

His ANZ bank manager helpfully wired $35,000 to the scammers in the UK despite the loan being erroneously listed for a minor renovation on a house in Victoria.

He was so embarrassed by his situation he didn’t tell members of his family until the day before he stepped into the witness box.

I am shocked in your decision to go against what was fought for by the royal commission, and those people who were so badly affected by the actions of the major banks and their subsidiaries, and agents,’’ Mr Regan said.

“Why have you changed your mind and attitude towards the banks?

“The royal commission was brought about to stamp out irresponsible lending by banks and crippling debt which was putting Australians at risk of bankruptcy, homelessness and suicide.

“If Australia can’t have the support of the Treasurer against misconduct in the banking, superannuation and financial services, then we, as a democratic nation are in trouble.”

ANZ chief executive Shayne Elliott forgave the debt and apologised to Mr Regan after his appearance in the witness box.

From fined to fine

At the royal commission, roofer David Harris stunned observers as he explained how the Commonwealth Bank kept offering him increases to his credit card limit even after he had explicitly told them he had a gambling problem and did not want more debt.

Last week the bank, Australia’s largest, was fined $150,000 and legal costs for breaching the responsible lending provisions of the act.

Under the proposed changes, the bank’s actions would be legal.

“These changes will mean the very things the banks are getting pinged for, coming out of the royal commission, would now be legal,” Ms Temple said.

The Treasurer is setting us up for a household debt crisis, in the middle of a recession.”