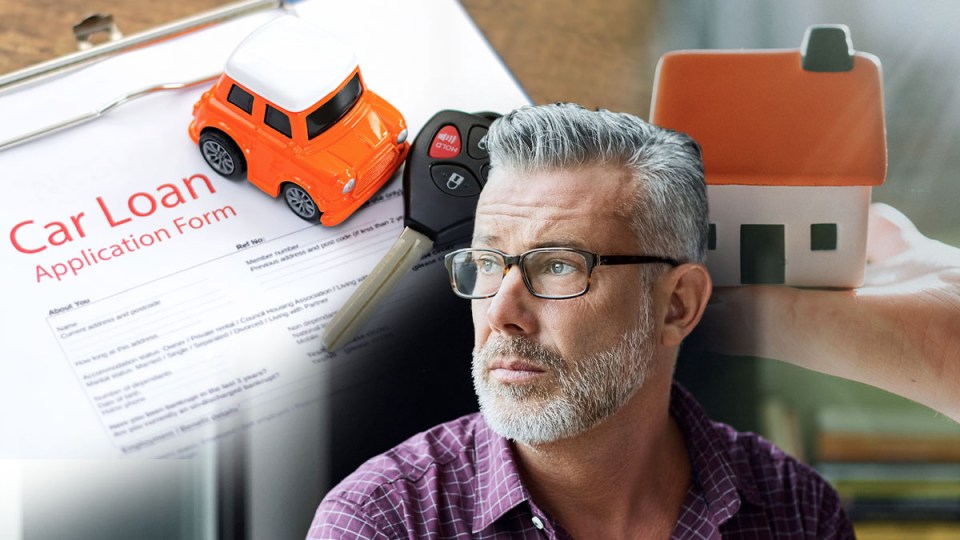 It may soon be easier for households to obtain a loan for a new house, car or credit card. Photo: TND

Changes to responsible lending put forward in the federal budget have drawn cries of celebration from lenders and condemnation from consumer advocates.

The proposed reforms would make it easier for everyday Australians to access credit – including home loans, credit cards and business loans – by rolling back rules that require banks to conduct meticulous checks of people’s expenses before administering a loan.

But with approvals for new home loans soaring and cash-strapped Australians contending with reduced stimulus payments, experts worry that a relaxation in the rules would burden households with unmanageable levels of debt.

When was responsible lending introduced?

Responsible lending was introduced by the Rudd government shortly after the Global Financial Crisis.

It came in the form of the National Consumer Credit Protection Act, which was legislated in 2009.

The main aim was to shift responsibility from borrowers to lenders.

This would protect households from providing false information, from taking on loans they had no chance of repaying, and from predatory lending practices.

The rules were re-examined during the banking royal commission, which resulted in banks further tightening their lending practices out of fear clients would pursue legal action if they couldn’t repay their loans.

So, why has the government announced these changes?

Treasurer Josh Frydenberg said in his budget speech that cutting red tape on credit applications would “give Australian businesses their best chance to succeed and keep more people in work”.

Along with easing restrictions on households, the government hopes the changes will stimulate economic activity and encourage more spending, which would filter into sectors like housing, construction and retail.

But what prompted such a move? The answer is likely found in a now-infamous court case.

In 2018, corporate regulator ASIC alleged that Westpac had broken responsible lending laws by relying on a benchmark known as the Household Expenditure Measure to assess a borrower’s ability to repay a loan rather than using their actual expenses.

But a year later, Judge Nye Perram ruled against the regulator on the basis that borrowers could be expected to cut back on spending, where necessary, to ensure they could service a mortgage if granted a loan.

“I may eat wagyu beef every day washed down with the finest shiraz but, if I really want my new home, I can make do on much more modest fare,” Justice Perram said in his judgment.

But though some have supported the decision to relax lending standards, consumer groups see the proposal as a recipe for disaster.

“The Commonwealth Bank recently said the flow of credit is above pre-COVID levels and that lending is growing at a strong pace,” Consumer Action Law Centre CEO Gerard Brody said.

“Leaving people with more debt than they can afford is no way out of an economic crisis.”

Which borrowers could benefit from the changes?

Mr Algar said subcontractors and self-employed workers regularly fell short of minimum living expenses tests mandated by the laws, even if they had substantial proof.

And that was due to everyday items – such as mobile phones, internet and household bills – being absorbed into business tax deductions.

The hope is a more common-sense approach would allow those people to improve their borrowing potential in line with their actual income,” Mr Algar said.

First-home buyers are also hurt by the banks’ analysis of their spending, he said, with banks “unnecessarily” combing over UberEats records and Netflix and Spotify subscriptions.

And banks would apply little wriggle room for considering how spending habits would change once they owned a home.

“Those who live at home with mum or dad and have a sizeable disposable income would typically not live to a tighter budget than someone who owns their first home, yet that’s the current pretence,” Mr Algar said.

So, are there any risks winding back responsible lending?

And she told The New Daily shovelling responsibility on to consumers, who have limited understanding of the intricacies of lending, could see them act against their best interests in the current economic turbulence.

It’s a bit of a perfect storm for consumers, really,” Professor Bant said.

“They’re usually inexperienced, and that generally makes them poor assessors or judges to have the capacity to choose the right kind of product for their circumstances.

“The question will be whether or not taking away these protections will reintroduce the vulnerabilities that can result in consumers losing their homes and suffering extreme financial and psychological distress.”

Professor Bant was also sceptical of speculation that borrowers would be protected by APRA’s prudential lending standards, as its main goal is to ensure the viability of the banking system.

“One of the reasons why responsible lending was introduced was to do with asset-based lending, where banks made credit available in events where the borrower had no reasonable capacity to meet repayments,” Professor Bant said.

“But the bank’s position was protected because they had a mortgage over that person’s home.

“The rules were also introduced to reflect concerns over the relationship between borrowers and mortgage brokers in the past, where they would often work in their or the banks’ interests over the individual consumer.”

Responsible lending: What the proposed changes could mean for consumers