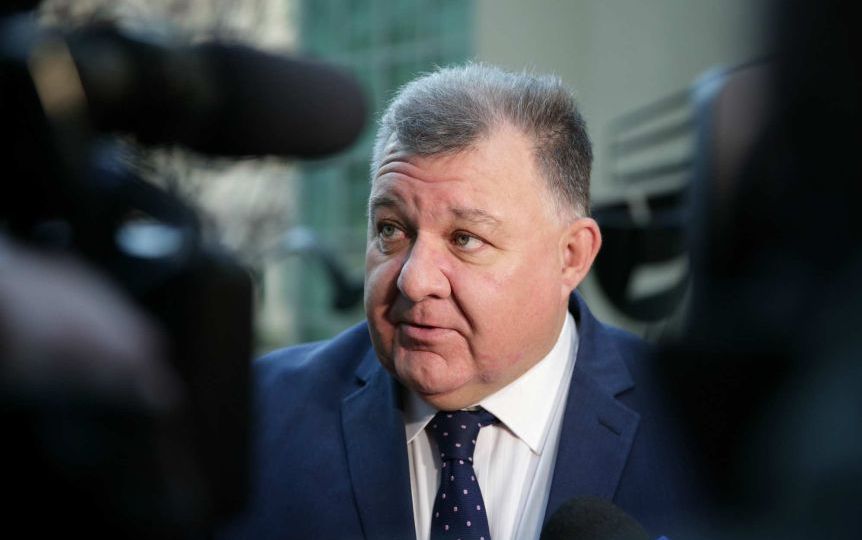 It can be instructive listening to one businessman talk to another.

Mr McEwan’s answer was one familiar to all in business, be it big or small.

It came down to risk. That’s something Mr Kelly knows about too.

The company had 15 employees when it unfortunately collapsed in 2012 owing $4 million to creditors, including $2 million to St George Bank, $760,000 to the Australian Taxation Office, and more than $325,000 in unpaid wages, super, leave owed, and redundancy payments to nine employees unrelated to the Kelly family.

According to the liquidator’s report, the company had failed to pay rent on time for a number of years and its failure could be attributed to “poor management of the company’s affairs”, “poor record keeping”, “excessive inventory levels”, “decline in revenues/profitability”, and “insufficient cash flow”.

Investing in business is always a risk

During the Parliamentary hearing, Mr Kelly asked Mr McEwan to explain how NAB was helping its customers and shareholders, and the country, by ceasing to lend to new thermal coal mines and planning to divest itself of all thermal coal assets by 2035 (thermal coal is used to generate power and it’s the most carbon-intensive energy source).

Mr Kelly is not a scientist, but he has firm opinions about the science of climate change.

Mr Kelly wanted to know how the head of Australia’s third-largest bank had the wherewithal to know if individual coal mines would be unprofitable in 15 years.

“To be fair, whether or not a particular coal mine will be profitable in 2035 takes a pretty good crystal ball to see what the future is going to be,” the federal government backbencher told the banker.

“And you’re taking a policy step now that specifically rules out loaning for that particular business that may very well be successful and profitable for many years to come, and in the national interest, and you’re ruling it out.”

Mr McEwan said he hadn’t made a determination about the future profitability of the coal industry.

He said his decision was about managing risk in the best interests of his $57 billion company.

From a risk perspective, this bank, quite rightly I believe, has tilted itself much, much towards renewables [because it’s] where we see the future for this bank and how we fund,” he said.

He said he believed he was acting in the best interests of Australia by transitioning away from thermal coal.

“We’ve made a strategic decision from a banking perspective to tilt our business towards renewables,” Mr McEwan said.

“Just as in our financing of aircraft we have tilted towards lower-emission aircraft, which are much more efficient.

“Just as we are working with the agricultural sector to get much, much more efficient and carbon neutral in the production of meat, so it’s just not one industry.

“We’re working across the industries to get a better result for, coming back to your point, for Australia.

“It’s why we’re moving ourselves as a bank to be carbon neutral over a number of years, because we think these things will make a lot of sense financially for us and for our customers over time.”

The world is slowly undergoing an energy transition away from coal-fired power towards renewables and other forms of energy.

This nation’s companies are following suit.

It’s no secret Australia’s four oil refineries are under pressure.

Rio Tinto, Australia’s second-largest miner, was the first major mining company to get out of thermal coal when it sold its last thermal coal mine in 2018.

It said it wanted to increase its stake in “future-facing” commodities such as copper, nickel and potash, because of their exposure to the “mega-trends of decarbonisation, electrification, diet, land use and population”.

Electric vehicles were on its mind

On Thursday, BHP’s chief executive Mike Henry released a report explaining why 10 per cent of BHP’s executive remuneration would now depend on the company’s ability to reduce operational emissions in coming years.

The report said the move had a lot to do with risk management.

“The complex and pervasive nature of climate change means that it can act as an amplifier of other risks across BHP’s risk profile,” the report said.

“Climate-related risks can be grouped in two categories: Transition risk and physical risk.

“Transition risks arise from policy, regulatory, legal, technological, market and other societal responses to the challenges posed by climate change and the transition to a low-carbon economy. We consider transition risks as part of strategy discussions, portfolio reviews and investment decisions.

“In assessing physical risks, we include consideration of the potential vulnerabilities of our operated assets, investments, portfolio, communities, ecosystems and our suppliers and customers across the value chain.”

Mr Henry said climate change was “an urgent global challenge and BHP has a role to play in overcoming it”.

“We will continue to manage our portfolio for value and risk, taking into account the latest science and our scenario analysis,” he said.

If Australia’s two largest miners have looked at the economics of thermal coal and decided it’s not worth their time, surely the banks that could lend to them are acting rationally by focusing their attention elsewhere too?

Because the flipside of risk (handled well) is the reward.

And NAB believes it’s worth the risk to invest in a new energy future.

“We think about the long term, where we think the future value … will be, and it will be towards renewable energy,” Mr McEwan told Mr Kelly.

NAB sees risk in coal and reward in renewables