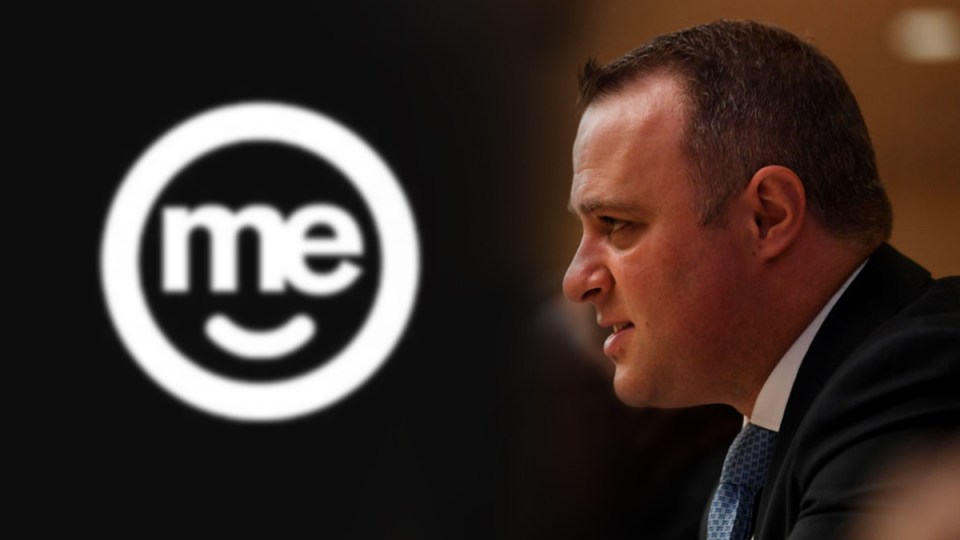 ME Bank customers affected by sudden changes to redraw facilities temporarily lost access to an average of $17,000, according to ME Bank CEO Jamie McPhee.

In an appearance before the Standing Committee on Economics chaired by Liberal MP Tim Wilson, Mr McPhee said changes to redraw accounts reduced the overall amount of cash affected borrowers could access via these facilities from $1.8 billion to $1.5 billion.

Mr McPhee said more than 20,000 individual members temporarily lost access to an average of $17,000 as a result of the changes, which ME Bank reversed on Friday after a wave of customer outrage.

Roughly 8 per cent of affected customers (1795 people) have now reverted to their previous redraw limit.

Mr McPhee said the changes, which affected 17 per cent of the bank’s home loan customers and 4 per cent of its overall customer base, were made to protect members from inadvertently falling behind on their mortgage repayments, not to fund loans to struggling super funds.

The bank hasn’t lent money to any of its 26 super fund owners, he said, and its redraw changes did not contravene banking regulations.

We approached this with the right intention, in the interest of our customers, but we got the timing and the communication wrong. We should have done better. We are deeply sorry that we upset our customers,” Mr McPhee said in his opening statement.

Mr Wilson then started the question-and-answer session by questioning whether the 26 super funds’ investment in ME Bank represented good value for members.

Mr Wilson said the funds’ investment in the bank was “curious” as the bank had never paid a dividend to shareholders, despite funds having a legal responsibility to maximise financial returns for members.

To understand this correctly, superannuation funds have invested capital and purchased shares in an entity, ME Bank, that has never provided any dividend to them?” Mr Wilson asked.

Mr McPhee said that was correct and the value of the investment came from the bank’s strong capital growth since its establishment in 1994, with profits reinvested back into the company to support its growth.

Ernst & Young independently valued the business at $1.2 billion at the end of the past financial year, when it made a statutory net profit of $67 million.

Mr McPhee said Mr Wilson would have to ask the super funds that question.

The bank is run as an independent board, he said, and the last time its shareholders provided a capital injection was in 2017.

Mr McPhee said the board had started to discuss the possibility of paying dividends before the coronavirus took hold, as it was generating enough profits to do so.

The subsequent economic crisis forced the bank to put these talks on hold, he said.

Mr Wilson also asked Mr McPhee whether ME Bank provided mortgage rates below the official cash rate of 0.25 per cent to certain customers, or ran a separate private banking arm.

Mr McPhee replied no to both questions, but later said the bank ran a member benefit program that offered a 5 basis point (0.05 percentage point) discount on mortgage rates.

The scheme is a key source of mortgage deferrals for the bank and available to “participating funds, unions and employers” who sign up on behalf of their employees, Mr McPhee said.

The chief executive later revealed that ME Bank offers and promotes the above discounted mortgages to members of the Australian Council of Unions (ACTU)’s Member Connect Portal.

ME Bank pays the ACTU $525,000 a year to access union worksites as well as this portal, which has 1.6 million members and provides 13 per cent of ME Bank’s home loan customers.

ME Bank also pays the chair of the ACTU portal, Tony Beck, to consult on the bank’s dealings with the Australian Banking Association.

It’s one of our very favourable distribution channels from a cost perspective,” Mr McPhee said.

He later added that it was much cheaper to drum up business via the ACTU’s member portal than running physical branches, which ultimately meant the bank could offer lower fees and more competitive products.

Meanwhile, Labor MP and committee deputy chair Andrew Leigh asked Mr McPhee why it was taking the bank so long to update the IT systems behind the problems with its old redraw accounts – a transition program that the bank started in 2015.

Mr McPhee said it was a very intensive process.

He later conceded to Mr Wilson that the bank first identified potential issues with its problematic redraw accounts in November, and established a sub-committee to look into the matter in February.

“I think a lot people reading the press reports would have concluded, ‘oh, you know, people were worried they couldn’t repay their debt because they’ve lost their jobs associated with coronavirus’. This had nothing to do with coronavirus did it?”

Mr McPhee replied: “I can only come back to what I said in my opening statement, that there’s no doubt we got the communication wrong, and we fundamentally apologise for that.”

Affected ME Bank customers lost access to an average of $17,000