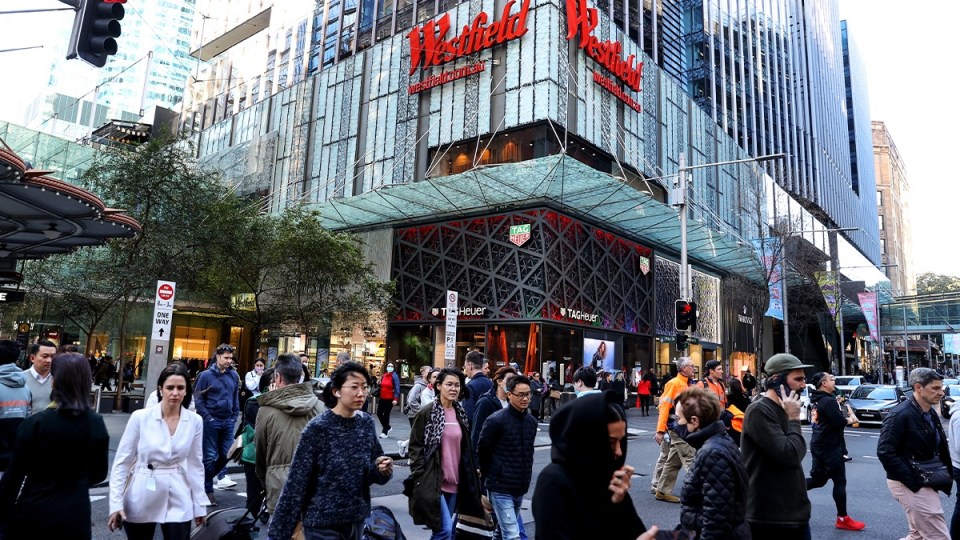 Consumer spending will determine how high and fast mortgage bills rise, and new data shows us how the picture is changing. Photo: Getty
analysis

Australians are buying fewer groceries and household goods as soaring prices combine with rising mortgage rates to squeeze everyone from workers to retirees.

But new consumer data shows the spending slowdown has only just begun and is inconsistent – leaving economists unsure about whether the RBA is succeeding in curbing inflation without triggering a recession.

It leaves the outlook for mortgage rates clouded in uncertainty, though experts increasingly think the RBA will deliver some relief later this year by stopping and waiting for the dust to settle on its rate hikes so far.

“The RBA has already put a heck of a shock through the system,” BIS Oxford senior economist Sean Langcake said.

“They’re in this balancing act of wanting to get rates to a point where they’re no longer providing stimulus, but they would love to have more signs that they aren’t over-egging it.”

Some of those signs were evident on Wednesday when economists got a fresh look into how households are digesting the highest inflation rate in decades and the four rate hikes delivered in response to it.

Figures on retail sales volumes and how the cost of living is changing were published by the Australian Bureau of Statistics, while the Commonwealth Bank revealed card spending data for June.

At first glance, the picture was confusing: Despite rising prices, shoppers ate out more at restaurants and cafes in the June quarter, while buying fewer household goods like furniture and electronics.

Overall retail volumes increased 1.4 per cent, even though prices shot up about 1.7 per cent.

The retail sales boost came despite rising pressures on household balance sheets, with new cost-of-living indexes revealing everyone from workers to pensioners are facing the worst budget squeeze since the global financial crisis.

All these figures are being watched closely by the RBA, which views consumer spending as a “key source of uncertainty” about how high interest rates need to rise to bring down inflation.

That’s because when consumer spending falls as households stretch to pay their mortgage bills, it becomes harder for firms to pass on more price rises without losing customers.

In that sense, the resilient retail data might make the RBA think it needs to go harder and faster to bring inflation down – but economists say it’s more complex than the headline figures suggest.

It actually appears spending growth began peaking in May when rates started to rise, with a marked slowdown occurring in June failing to show up in the headline figures.

“Momentum in the retail sector eased throughout the quarter, with volumes almost certainly falling in the month of June,” Indeed APAC economist Callam Pickering said.

Commonwealth Bank economists took a similar view, saying the ABS retail data lines up with their data on card spending during June – which shows consumers are now spending less on eating out.

That suggests the spending slowdown has begun, and broadened in June as programs like New South Wales’ Dine and Discover vouchers expired.

“We are now seeing the moderation that we have been expecting alongside other forward-looking data like home prices,” CBA economist Harry Ottley said.

“Consumers are reacting to higher interest rates and cost-of-living pressures.”

Rate relief on the horizon?

Mr Langcake said it’s still difficult for economists to get a clear picture on how households are responding to higher interest rates and inflation from the latest figures.

But he said signs of a gradual slowdown and not a sudden contraction are positive, as this suggests consumer demand is falling without a crash that could trigger a painful recession.

“There’s enough in this data to say a spending slowdown is happening – we just don’t know how much,” Mr Langcake said. 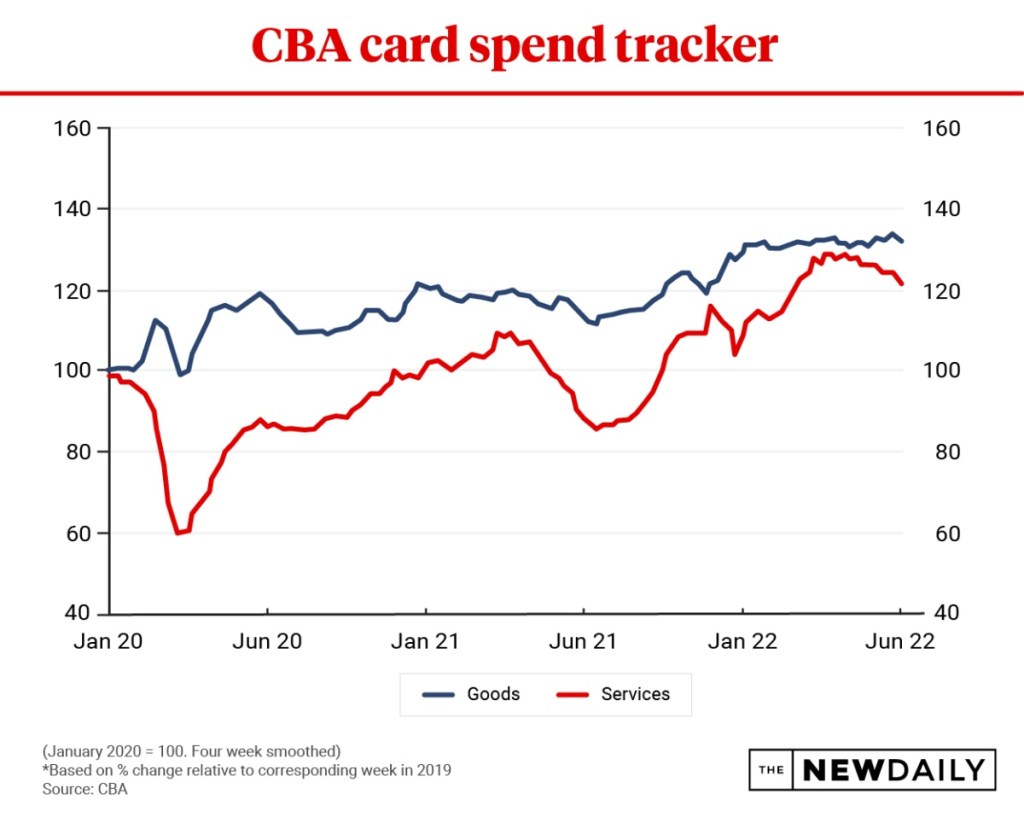 With such a cloudy picture emerging, a growing number of economists including Mr Langcake and those at Commonwealth Bank are expecting the RBA to hold interest rates in October to wait and see how spending will change in late 2022.

Such a move would hedge against the risk of raising rates too aggressively and crashing the economy, and would deliver a respite to mortgage payers in the process as bills would not go up as quickly.

How high will interest rates go? It depends on how much we spend