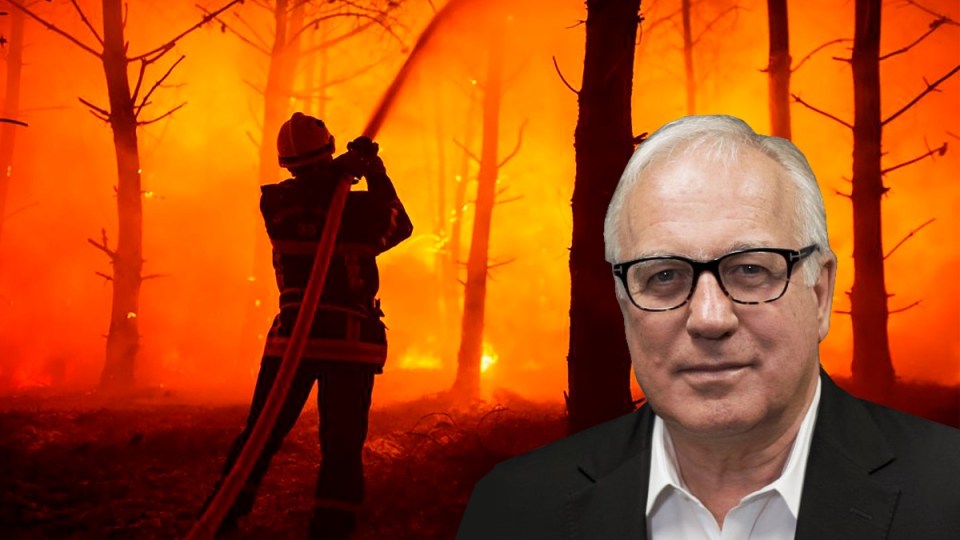 Continental Europe is on fire, the UK has declared a national emergency over extreme heat, Iran just had one of the hottest days ever recorded on Earth (52.2 degrees), and the Hunter Valley is cleaning up after yet another ‘one-in-a-century’ flood.

The planet is heating much faster than expected; it’s clear that net-zero emissions by 2050 is not enough, even if it’s achieved, which is looking unlikely.

The way things are going there will be net-zero hope by 2050.

Meanwhile, in Canberra, they’re arguing about whether to let big new gas projects go ahead and massively increase Australia’s carbon emissions – Scarborough in Western Australia and Beetaloo in the Northern Territory.

Actually, the chief economist of the Department of Industry, Science, Energy and Resources, Russell Campbell, has a list on his website of 45 proposed gas projects and 50 coal projects.

Should any of them go ahead? Of course not, or rather – they should go ahead only if their emissions are fully offset from the start.

Minister for Energy Chris Bowen should announce that any new fossil fuel projects in Australia need to start with a baseline of zero under the safeguard mechanism – that is, zero net emissions.

Thanks to Russia’s invasion of Ukraine driving up the price of gas, all gas producers, including the developers of these projects, are making out like bandits – they could easily afford to buy enough offsets (not that you’d hear that from them, of course).

That would still leave Bowen with a useful fight with The Greens, who are also worried about the emissions that will happen when the exported coal and gas is burnt at the other end. The real politics that is: It’s someone else’s problem.

(“Useful fight” because the Labor government wants to be seen to be fighting with the Greens to retain its coal seats in New South Wales and Queensland).

At the moment, developers of new fossil fuel projects are assuming that they will go to the Clean Energy Regulator and just say what the first year’s emissions will be, and that will become their starting point under the safeguard mechanism.

From there, they expect, the Labor government’s policy of five million tonnes of reduction per year would apply, as it will for existing projects – and for all emitters of more than 100,000 tonnes of carbon dioxide per year.

But that would be ridiculous, except …

Labor has a forecast – not a ‘target’

Labor’s so-called “target” to reduce emissions by 43 per cent by 2030 is not a target at all, but a forecast outcome of the plan to cut the emissions of heavy emitters by 5Mt a year – from the current starting point – on top of what’s going to happen anyway.

If big new fossil fuel projects were allowed, the starting point would be higher, which would mean the planned 2030 end point of 351Mt would also be higher.

But that’s OK because 43 per cent is not a target, it’s a forecast, and forecasts are often wrong, right?

But it’s not OK, of course, and would be a recipe for the ALP’s vote to shrink further at the next election – including in Queensland and NSW where there might be a lot of coal mines and gas projects but where they’re also still cleaning up from the floods and they’re not stupid. The Greens and teal independents would end up in full control of the Parliament.

The other two steps

There are two other things the government should do apart from require zero-net emissions from fossil fuel projects and any new mines: First, overrule the Energy Security Board and announce that there will be no capacity market, and second, announce that state and local government planning laws will not apply to new electricity transmission.

The proposed capacity market will pay generators for idle capacity that can be turned on as needed.

Sounds like a good idea except that it means keeping fossil fuel generation going for longer than it otherwise would. Power generators should be paid only for the electricity they produce, not for just standing by.

Meanwhile, farmers with placards have taken to the streets of Ballarat and the steps of Victorian Parliament, to protest against Ausnet’s plan for high-voltage transmission lines to take renewable energy from Bulgana, north of Ararat, to Melbourne.

One feels for them – high-voltage power lines are ugly – but Labor’s 43 per cent forecast/target requires that 82 per cent of Australia’s electricity is renewable by 2030.

It’s currently about 33 per cent, heading to 50 per cent without much trouble. But 82 per cent is going to be very hard, and is going to require every dollar of Labor’s proposed $20 billion on new transmission to be spent very quickly, because renewable generation is not happening where the coal is or where transmission lines currently go.

There simply isn’t enough time to be arguing with local communities about ugly pylons and wires and putting them underground would cost a lot more than $20 billion.

After all, the people of Gippsland didn’t get any say about the transmission towers marching across their pristine land towards Melbourne when Sir John Monash built the Yallourn power station in the 1920s.

It’s clear from what’s going on with the weather now that the Paris Accords won’t be enough to avert disaster, and in any case, as I’ve discussed previously, America has been taken out of the game by Senator Joe Manchin of coal state West Virginia, which probably nullifies Paris anyway.

But giving up would be a bad idea. Apart from the politics of it, at some point in the next few years governments around the world will hit the panic button – the weather extremes will be too terrible to ignore any longer and laws will be passed to force the end of fossil fuels.

It would be better if a decent start had been made when the global panic button is hit.

Alan Kohler: The three things our Energy Minister must do