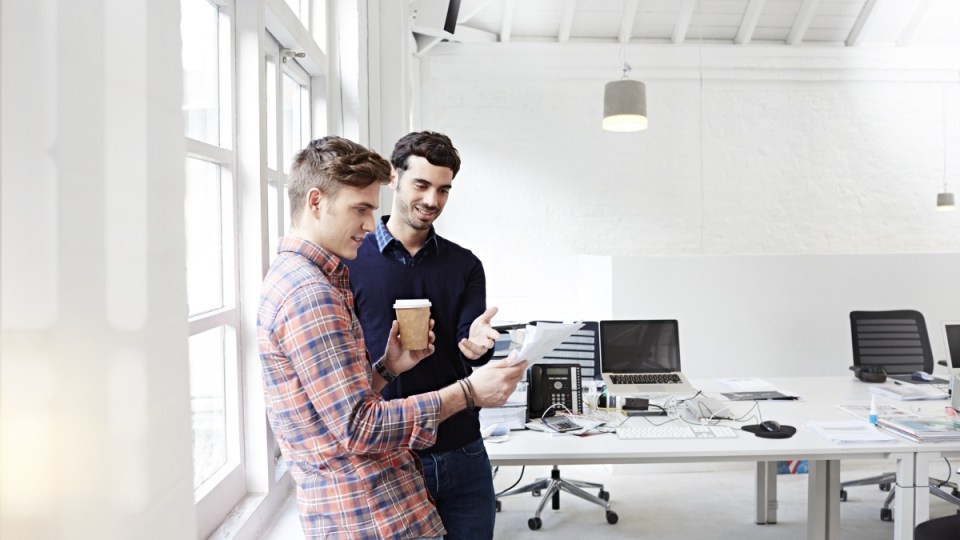 Rates are on the rise and term deposit deals are improving. Photo: Getty

For years, savers have suffered as interest rates were slashed.

But with the Reserve Bank now hiking the cash rate, term deposits and even savings accounts are becoming more attractive.

That means if you’ve got some cash to invest you will be in line for some rate joy, at least compared to what savers have earned in recent years.

But you need to look around to ensure you do as well as possible – and where you choose to put your hard-earned cash is probably not going to be with the big four banks, analysts said.

“The big four have brought out some specials since the Reserve Bank started putting rates up,” said Steve Mickenbecker, chief commentator with Canstar.

“But while you can get a fair rate with them, it’s nowhere near the best in the market.”

A quick look at Canstar data shows that while the big four are offering a maximum term deposit rate of 2.5 per cent over 12 months, they are averaging only 1.73 per cent.

Meanwhile, the best in the market averages 2.17 per cent, with a top offer of 3.3 per cent.

Why are the big banks lagging?

The reason there is so much cash around is, of course, because Australians were unable and unwilling to spend during the darkest days of the pandemic, with about $280 billion socked away in savings accounts.

“They’re awash with cash, particularly the big four, so they don’t have to compete quite as hard for a share of deposits,” Mr Mickenbecker said.

How long to invest?

Another question facing anyone with cash to invest is: What is the best timeframe to put money away for?

Although there have been moves in deposit rates, they are not going up as quickly as loan interest rates, which have jumped after the RBA hiked its rate target from 0.1 per cent to 1.35 per cent in the past few months.

“The banks always take their wins first before they start handing it back out,” said Wayne Leggett, principal with Paramount Financial Solutions.

But savings rates are starting to move and “it’s a moving feast”, Mr Leggett said.

“Up to now you might have been happy to get a 2 per cent return, but now it could be 2.5 or possibly 3 per cent,” Mr Leggett said.

Although those figures are an improvement, in an environment where rates are likely to go higher still, the question is do you want to put all your money away in one term deposit?

Mr Leggett said if you have enough money to break it up into lots you might be advised to take some of the higher term deposit rates on offer for a shorter term (like six months) and take out another term deposit for a longer term.

He describes that as “having two bob each way, which is always a good strategy”.

How high will rates go?

Investors should also ask themselves how high interest rates will rise.

Virtually everyone expects rates to keep rising, and the news on July 14 that the jobless rate had fallen to 3.5 per cent makes that more certain.

Economist Harley Dale expects the RBA cash rate to be 2 per cent by year’s end and 3 per cent by December 2023.

Meanwhile, Barrenjoey’s Jo Masters is more hawkish in the short term, expecting 2.35 per cent by December, peaking at 2.6 per cent by mid-2023.

That means deposit rates will also rise higher, so rolling over a term deposit in 12 months time could be advantageous.

Don’t forget the inflation rate, which eats away at your real return from term deposits.

The rate jumped to 5.1 per cent in the March quarter, so if you put money away at 3 per cent for a year then you are actually going backwards by 2.1 per cent.

That means while interest rates are set to rise, if inflation is not tamed, long-term investors might look for other options.

These could be relatively stable listed infrastructure companies.

Road groups Transurban and Atlas Arteria, for example, earn dividend yields of 2.8 per cent and 4.4 per cent respectively, while pipeline group APA earns 4.9 per cent.

But if you want to stay with term deposits, then market rates point to further increases, and this chart could help you find a good deal.

“You’ll see a significant jump from one through two, three and four years, with the fifth year not being significantly higher than four,” Mr Mickenbecker said.

The average four-year term deposit is standing at 2.74 per cent for four years and 2.79 per cent for five years, according to Canstar.