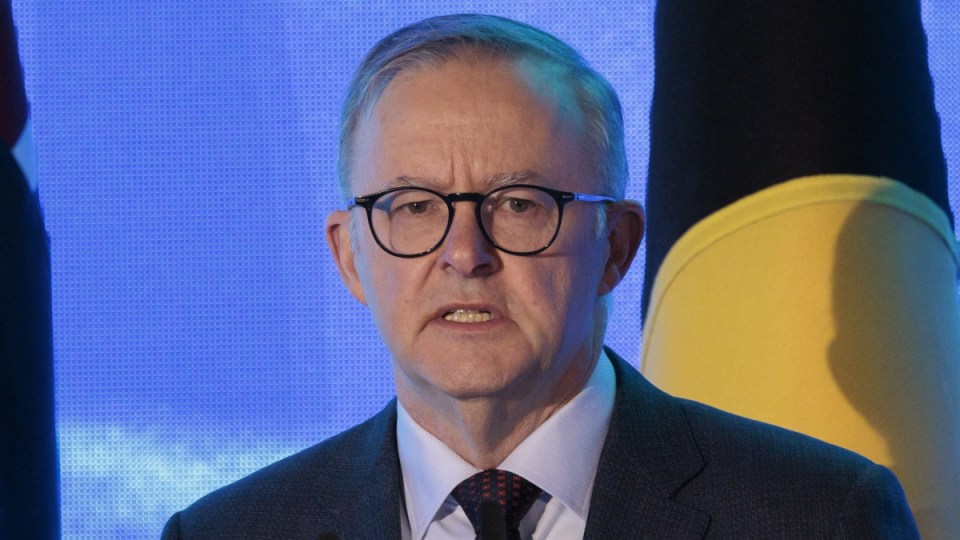 Anthony Albanese announced a date for Labor's jobs summit on Monday. Holding one was an election promise. Photo: AAP

The Albanese government has confirmed it will hold a Jobs and Skills Summit on September 1-2 as part of a longer-term plan to deliver a new jobs policy.

Convening the summit was one of Labor’s election promises and it has the expressed aim of informing a jobs policy based on a new White Paper on Full Employment. (In the government’s latest release on the summit, they dropped the ‘full’.)

Treasurer Jim Chalmers has high hopes for the gathering, saying this week that it presented “an opportunity for Australians to come together in difficult times to solve big economic challenges and to deliver the better future that everyone in Australia wants to see”.

But political analysts and economists are unsure how much it will achieve.

The corporate sector is starting to come on board, though. Qantas told the Nine newspapers this week that it would attend the conference, while Coles and Uber have said they would also like to join in.

As Alan Kohler wrote in The New Daily this week, Labor has a history of holding such events. The most well-known is former prime minister Bob Hawke’s Prices and Incomes Accord in 1983.

It encouraged investment, restricted pay rises in return for a higher “social wage”, and is seen by many as a pivotal event that helped set the foundations for a modern, successful economy.

Here’s what we know so far about the upcoming summit.

Why is the government holding a jobs summit?

The government says the summit will bring together unions, business groups, employers, civil society organisations and governments to find solutions to their shared economic challenges.

About 100 participants will attend the conference, which will be held at Parliament House in Canberra.

What can the summit achieve?

In 1983, unions, employers and governments all had something to offer at the negotiating table. They were all in a position to concede ground on certain sticking points. But analysts say the same can’t be said today.

“It’s not as though people coming to the summit have something they can give up,” said Geoffrey Robinson, a senior lecturer in politics from Deakin University.

Back in 1983, when a centralised wage-fixing system was helping drive inflation, unions could say “we’ll go easy on wages in return for the government taking some actions,” Dr Robinson said.

And the steps the government took back then were indeed significant.

They introduced Medicare and tax benefits for those in work, while cutting tariffs and introducing export incentives for companies that invested.

But in the current environment, with union power at a low ebb and government debt on track to surpass $1 trillion in 2023-24, it’s much harder to find negotiating points.

For AMP Capital chief economist Shane Oliver, the summit “is about buy-ins and optics more than anything else”.

“Summits are quite important in bringing people together, arriving at consensus and helping the community along that path,” Dr Oliver said.

But he says economists know what policies they think should be implemented and say “what do we need a summit for?”

What should the summit achieve?

Although 1983-style horse trading is unlikely at the upcoming summit, Angela Jackson, lead economist at Impact Economics and Policy, says it could help create some significant reform.

“I think for the economy overall, what we need to be looking towards is more enterprise bargaining in our industrial relations system,” Dr Jackson said.

She told The New Daily that stronger enterprise bargaining was important for a few reasons.

“At a firm level, it helps raise productivity because it gets workers and employers talking about what changes are needed to actually lift productivity”.

And at an economy level, higher productivity means firms can lift wages without having to push up prices, which means fatter pay packets without a subsequent lift in inflation. Such an outcome would be welcome news for workers that have suffered stagnant or falling real wages for the better part of a decade.

The end result has been more workers relying on award pay rise decisions, which have seen many workers go backwards.

Against this backdrop, Dr Jackson said the summit could help “us in thinking about all that more creatively … about how we support having workers at the table and engaging [with negotiations] even if they aren’t unionised”.

It could also address issues around “the increased casualisation and insecurity of work, and how we ensure that all workers have access to sick leave which we saw was so important during the pandemic”.

That could be negotiated at the summit if government and employers agreed to somehow extend those benefits to the growing casualised workforce.

Labor is holding a jobs summit in September. Here’s what it hopes to achieve