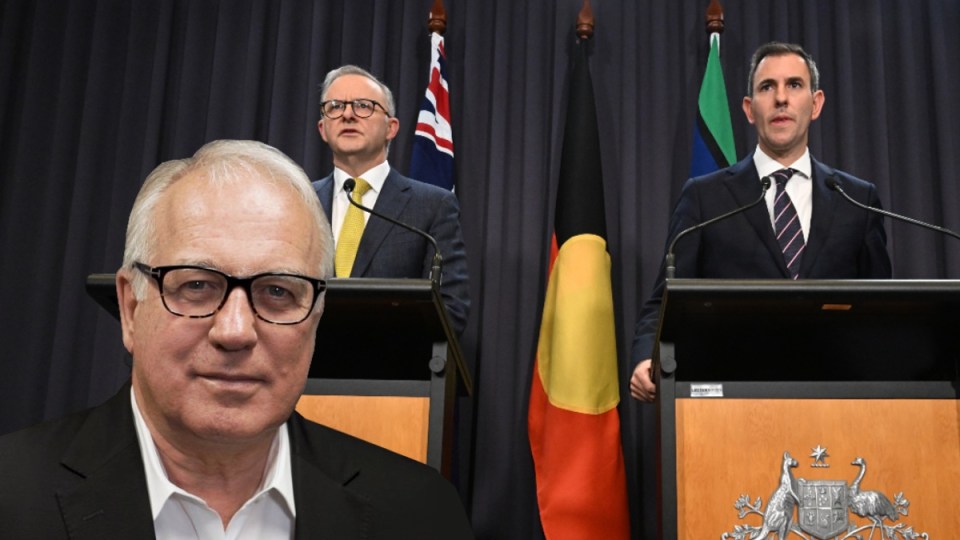 New Labor governments love having summits. Hawke had two, Rudd had one and now Albanese is having one.

The new government’s planned get-together in September will be called the Jobs and Skills Summit and will kickstart a 12-month Treasury jobs white paper process that will “engage the wider community”, but the agenda is wide enough that it could also be called an economic summit like the ones in 1983 and 2007.

Hawke’s National Economic Summit in April 1983 was followed two years later by a tax summit in 1985, as promised at the 1984 election.

The second one is often regarded as a failure but it produced capital gains tax, fringe benefits tax and dividend imputation. It only failed on GST, called “Option C”, because inaugural Business Council head Bob White declared that “we’re not in the tax cart” (they talked a lot about “carts” in those days and it’s telling that Treasurer Jim Chalmers has started talking about carts again this week, reliving the 1980s).

I think there are a few reasons, which get to the heart of the difference between them and the way they run the country.

The main reason, in my view, is that conservative governments extravagantly demonise unions as part of their schtick, and refuse to talk to them, include them in anything or give them any credibility. Also, the last thing they want to do is sit in a room and listen to their speeches at a conference.

The ALP does not demonise business in the same way and are happy to work with them, often closely. And, of course, to invite them to summits.

Also, the Coalition is more inclined to regard itself as the natural party of government and the better economic managers, even though the evidence says otherwise, so they don’t have to ask anyone what to do.

The Labor Party, on the other hand, always has to live down the Whitlam years and the mistakes that were made then.

A lot of Whitlam’s problems were caused by the global oil shock in 1973 and before that the refusal of Doug Anthony’s Country Party to allow the McMahon government to let the currency appreciate in 1971, but that’s not the way it’s perceived.

Hawke brought business and unions together in 1983 because they were at war after seven years of Malcolm Fraser, and because the economy was deep in recession with inflation above 10 per cent as well.

He also wanted to make business people argue their case publicly, which they weren’t used to doing, and were quite grumpy about it at the start of the conference, complaining bitterly as they showed up.

They eventually got into the spirit of it, though. Sir Keith Campbell, speaking on behalf of business generally, even offered to freeze the salaries of executive and directors if there was a wage pause to deal with inflation.

Sir Peter Abeles, a Bob Hawke mate, said at the end of the summit that business needed to get better organised: “It is absolutely vital that the business community as a whole expeditiously support one suitable structure which will have the ability to speak as one unified centralised group on behalf of the business community on terms of equality with the ACTU.”

And so the Business Council of Australia was created as soon as the summit ended, and it was the BCA that scuttled the GST in 1985.

One hit, one miss

In 2007, business and unions were at war again after 11 years of John Howard, but Rudd’s summit was a bit different: Rather than invite the institutions, as Hawke did, he specifically invited individuals, 1002 of them.

Nevertheless, Rudd’s 2007 summit was another attempt to achieve consensus and national unity.

After the plenary session, they went into 10 working groups of 100 each to deal with specific topics like productivity, the economy, climate change and “creative Australia”. And by the way, the overall conference chair in 2007 was Glyn Davis, who Anthony Albanese has just appointed as head of the Department of Prime Minister and Cabinet.

The 1983 summit produced a decade of the most electrifying and productive economic reform in the country’s history, but the one in 2007 did not.

That’s partly because Rudd and his team were strangely tentative, but mainly because he got whacked by the GFC.

The other big difference between Hawke and Rudd was the ferocity of opposition: Hawke had Andrew Peacock and John Howard taking it in turns, and they supported the reforms; to begin with Rudd had Brendan Nelson and Malcolm Turnbull, who were normal human beings, but then after 2009 it was Tony Abbott, who ferociously and effectively opposed everything, no matter what it was.

Will the Albanese summit in September be like 1983 rather than 2007, and produce a desperately needed decade of reform and progress?

Maybe, but Albanese’s small-target election strategy will hold him back politically, at least in his first term.

I’ve read the campaign speeches of Hawke in 1983, Rudd in 2007 and Albanese in 2022, and they are two chalks and a cheese. The first two promised plenty – they were political blank cheques. The current PM kept his promises to a minimum, in reaction to the 2019 disaster.

Part of the purpose of this summit is no doubt to get other community leaders to loosen the manacles that Albanese tied on himself with that careful, low-target election campaign.

Anthony Albanese was more careful and has more manacles than most new PMs, so he can’t do much until the next election. That’s probably why he has made the 2022 summit the beginning of a white paper process run by Treasury, one involving another 12 months of consultation.

At which point it will be time for another summit – not Everest, perhaps, but K2 …. and about tax of course, which absolutely must be tackled.