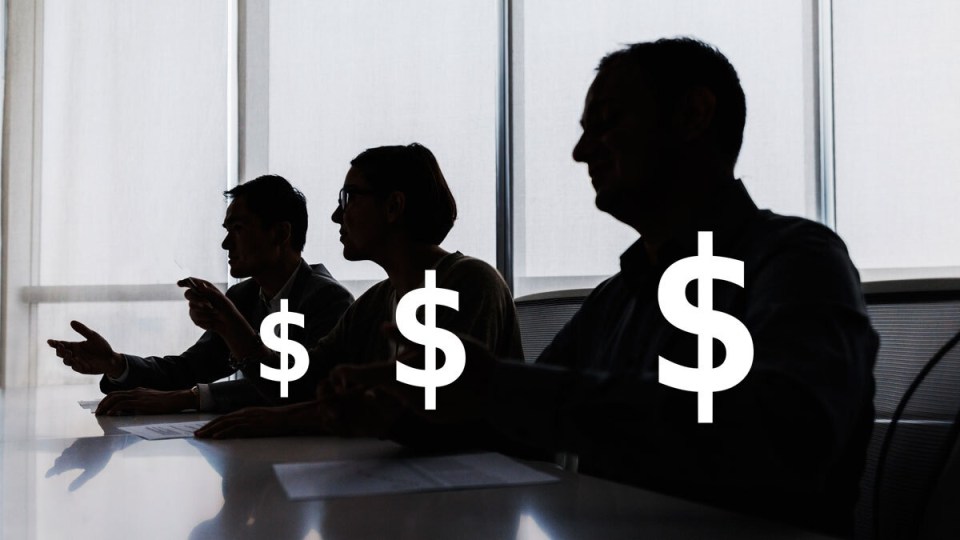 A new report has revealed CEOs are enjoying record payouts as the economy sours. Photo: TND

Want to earn as much as Australia’s highest-paid CEOs? Just buckle down and work hard for another 2332 years.

That’s how long it would take the average Australian worker to earn what Afterpay bosses Nick Molnar and Anthony Eisen did last financial year.

Each raked in more than $100 million from their buy now, pay later empire – setting a fresh record for Australia’s top-paid bosses.

It has all been revealed in a new report from the Australian Council of Superannuation Investors (ACSI), which tracked the eye-watering sums paid to CEOs at top ASX-listed companies.

Average realised pay for these executives reached an astonishing $9.14 million last financial year – about 132 times the average worker’s wage of $1328 per week.

But leaders at some well-known companies were paid much more, with CSL’s Paul Perreault making $58.9 million in realised pay and Woolworths’ Brad Banducci earning $11.7 million.

ACSI’s figures show that while most workers are struggling with stagnant wages growth, soaring inflation and rising mortgage bills, many CEOs are enjoying record payouts.

The huge pay days have shareholder advocates worried that CEO salaries are moving out of step with delivering value to superannuation accounts and other investors as the economic outlook sours.

Look no further than bonuses, which hit a record $2.31 million on average last year after most were paused during the pandemic.

In fact, the median bonus paid to CEOs rose from a record-low 31 per cent of the maximum rate to 76.7 per cent in the year to June.

“After their lowest year on record, big bonuses have returned, but they haven’t just rebounded, they’ve hit new heights,” he said.

ACSI has been measuring these bonuses and other CEO pay metrics for 21 years now, combining factors like base wages, stock incentives and superannuation payments.

This leads to a measure called realised pay, which combines fixed remuneration with stocks to derive the total value in cash and wealth that CEOs draw from their companies.

Crucially, this doesn’t just count the cash that bosses walk away with. Instead, it captures the total benefit bosses receive after factoring in share valuations and money received from selling or owning stocks.

Fiona Balzer, policy and advocacy manager at the Australian Shareholders Association, said that realised pay is “valuable” for understanding the total scale of CEO remuneration.

For example, median cash pay for ASX100 CEOs soared 41 per cent this year to $2.8 million.

But median realised pay was much higher at $4.19 million, reflecting the value of share options, which are often drawn from prior financial years.

In either case, the money being paid to top executives is hundreds of times what the average Australian worker earns, and advocates fear shareholders aren’t getting enough value for their money.

“Investors, and ACSI, will be scrutinising closely the results-reporting season to see if this concerning trend of bonus ‘catch-up’ continues,” Mr John said.

“This year’s outcomes will be judged against a backdrop of difficult financial markets and an uncertain economic outlook.”

“We want the executives to be aligned with shareholders,” she said.

“But we’re also mindful that if you are terminating employees, or really tight on their wage growth, then it’s inappropriate to give largesse to executives.”

Ms Blazer said the ASA will be closely watching an upcoming round of reports for the current financial year to ensure CEO pay is in step with a worsening outlook for the local economy.