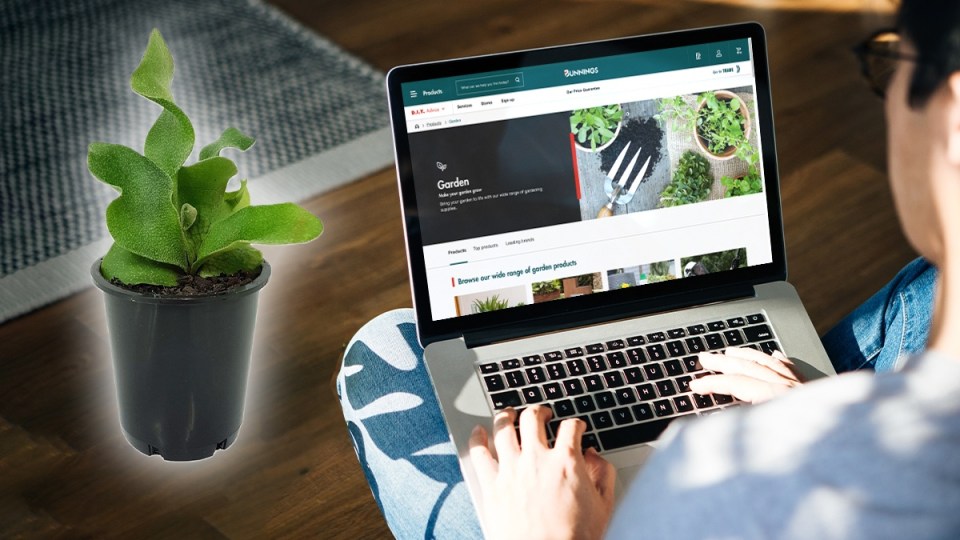 New data published by Australia Post on Thursday revealed 9.3 million households shopped online in the year to June – up by 11.9 per cent on the year before.

More than half of those people are now making a purchase online every month, the taxpayer-owned postie said.

It’s the latest milestone for Australia’s fast growing e-commerce industry as household names like Bunnings, Kmart and Woolworths step up their digital investments to cash in on soaring demand.

And in a shift from previous trends, the latest data shows consumers are buying more pet goods and outdoor products online than ever.

Online purchases of pet goods increased by 38 per cent in the year to June, while tools and garden products rose 29 per cent over that time.

The shift in behaviour has given a big boost to categories like pet goods that traditionally haven’t been so popular online.

“It was really interesting to see how pet products grew,” Ms Yip said.

“The category has matured in the past few years because [online] has been the only channel available to businesses.”

The pandemic has also seen a dramatic change in clothing trends, with office wear falling behind athleisure products like tracksuits and tights.

Athleisure was the fifth-fastest growing online category in the year to June, up 17 per cent.

“I didn’t buy a lot of office wear because I was working from home, but I was buying more athleisure wear,” Ms Yip said.

Shoppers also spent big in variety stores (online shops that sell a large range of goods), with online sales for the sector up 13.7 per cent.

Major and discount stores saw sales shoot up 32 per cent over the year to June.

Brian Walker, retail consultant and director at Retail Doctor Group, said the large run-up in variety store sales was down to the huge popularity of marketplaces such as Amazon, eBay and Wesfarmers-owned Catch, which sell these goods.

“About 70 per cent of e-commerce activity is done through a marketplace now,” he told TND.

“We used to be very channel-specific online, but things have shifted to general marketplaces.”

He said consumers have traditionally preferred to touch and feel these goods in store before buying them, but have now become more accustomed to taking the plunge online.

“[Gardening] is typically not the pursuit of younger people, so that tells us straight away that there’s a growing comfortability with online that’s occurring among older Australians,” he said.

In a bid to capitalise on all this demand for online shopping, major retailers like Bunnings, Kmart and Woolworths have been investing millions of dollars to improve their e-commerce experiences during the pandemic.

Mr Walker said those investments are now paying off, particularly for brands like Bunnings, which before 2019 did not have a fully fledged online store selling to the public.

“They’re trying to predict these trends and focus on logistic productivity and enhancement,” he said.

Australia Post, which is responsible for delivering most of the parcels bought at major retailers, has also been stepping up investment in its network to meet new-found e-commerce demand.

Ms Yip said billions of dollars are being poured into distribution warehouses and delivery networks in a bid to vastly expand the number of parcels Australia Post can handle in a year.

Since 2016, the taxpayer-owned postie has delivered more than a billion parcels to Australian households, and this figure is expected to grow even further over the next five years.

“Volumes at the moment are so much higher compared to what they were in 2019,” she said.