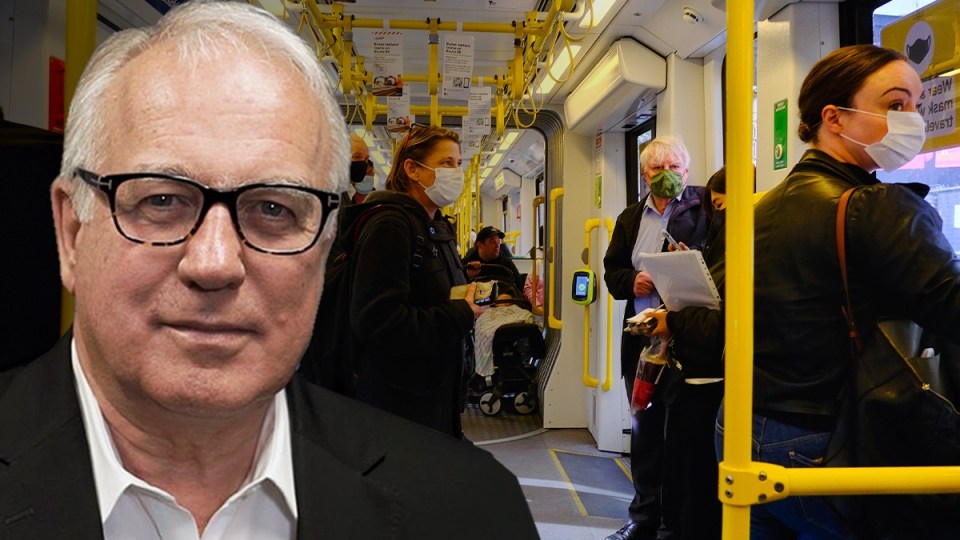 My mother and sister both got COVID-19 this week. Mum’s 94 but we’re not too worried: She’s had four vaccine doses and isn’t very sick. My sister is pretty crook, but no worse than a bad cold.

This year Australia is getting more COVID than ever and we are dying of it in greater numbers than last year or the year before. But are we worried? Not much.

On this day in 2020, a worried Reserve Bank kept the cash rate at 0.25 per cent before cutting it to 0.1 per cent in November, and a very worried Victorian Premier Dan Andrews took the state into a six-week lockdown, with 191 new cases that day taking the total to 772 active cases, 35 of them in hospital.

There were no deaths the previous day.

On Tuesday this week in Victoria there were 8740 new cases and 16 deaths. Total active Victorian cases (that the authorities know of) are 49,253, of which 543 are in hospital.

From Dan Andrews, facing an election, crickets. Two years ago, with a lot fewer COVID cases, he was holding interminable daily press conferences.

It’s not just in Victoria – across Australia, according to the latest federal health department data, there are 3781 people in hospital with COVID-19 and 138 in intensive care and more than 40 a day are dying; 10,131 people in total have now died, more in 2022 than the other years combined.

Yet politicians have been afraid to even suggest that perhaps we might think about possibly wearing masks, media are silent on the subject, and we’re all crowding together at the footy and theatre maskless.

That changed a little on Tuesday when NSW Health Minister Brad Hazzard held a press conference and urged everyone to get booster vaccination doses: “If you’ve had two or one, and you haven’t had your full three, putting it bluntly – you’re crazy.”

But there were no mask mandates or other measures to reduce transmission.

And just after Brad Hazzard’s press conference on Tuesday, an unworried RBA whacked up the cash rate by another half a percentage point to 1.35 per cent.

The nation’s epidemiologists and infectious disease physicians are most definitely worried, but these days they’re largely unheard and unheeded.

In 2020 and 2021, Mary-Louise McLaws, Catherine Bennett, Nancy Baxter, Tony Blakely, Adrian Esterman, Peter Doherty and Brendan Crabb became household names, taking it in turns to tell us gravely about the virus reproduction rates and the urgent need for lockdowns and masks.

Back then the original Wuhan virus had a basic reproduction rate (R0) of 3.3, which refers to the number of extra people theoretically infected by each person who caught the virus. Delta’s R0 was 5.1, Omicron BA1 was 9.5.

Omicron BA2 is 1.4 times more transmissible than BA.1, while a pre-print publication from South Africa suggests BA4/5 has a similar growth advantage over BA2.*

The effective reproduction rate, which takes into account immunity from vaccination and previous infection, is now above 1, which means that even with the current level of immunity there is exponential growth in case numbers.

The other developing problem is what’s called “long COVID” – symptoms that last well beyond the initial infection. The Bank of England reported recently that about 4.5 per cent of the UK’s population is permanently out of the workforce because of long COVID.

We are in the midst of another wave of COVID, which is going to get worse before it gets better. Immunity is waning, and it turns out Omicron doesn’t provide much immunity against itself.

There’s also a very nasty flu season going on, so hospitals are starting to get overwhelmed again.

Which presents political leaders and health authorities with an awkward problem: There should at least be mask mandates, if not restrictions on public gatherings and even lockdowns, but no one in authority wants to touch them.

Who can blame them? You want to mandate only things that people will actually do, and won’t get you thrown out of office, and there is zero public appetite for any restrictions at all, even though every second person seems to be catching COVID and we’re all just waiting to get it.

In the UK at the moment, even those infected with COVID don’t have to isolate, so they’re playing with fire. At least in Australia you have to stay home if you test positive, although the rapid antigen tests are done privately so it’s self-imposed isolation, not enforced.

Anyway, as hospitals come under growing pressure, there seems little doubt that mask mandates on public transport and in shops will be with us again soon. They should be already, really, but for the extreme reluctance of politicians to even talk about COVID, let alone make us wear masks or lock us up again.

And the fact that there’s another wave of the pandemic happening more than two years after it started is both dispiriting and exasperating.

The Spanish Flu was over by now, having infected 500 million people, or a third of the world’s population, and killed something like 50 million.

In more than two years, COVID has infected about the same number – 550 million – but killed only 6.3 million because of the harsh lockdowns and the rapid development of brilliant vaccines by much further advanced medical technology.

In other words, the pandemic in Australia has been far less deadly than in the rest of the world: If we’d had the same proportion of the global deaths as cases, close to 100,000 people would have died, or roughly 1000 people every week for two years.

That would have definitely made Australians more inclined to accept restrictions in 2022. But the truth may be that the effectiveness of the public health responses in 2020 to 2021 and the uptake of vaccines has made us blasé as the subvariants of Omicron mount up.

* Correction 27/7/22: This article originally estimated BA4/5 had an R0 of 18.6. The study supporting this figure has since been withdrawn and  are likely to be overestimates, as the calculations did not take into account immune escape. These estimates have now been removed.