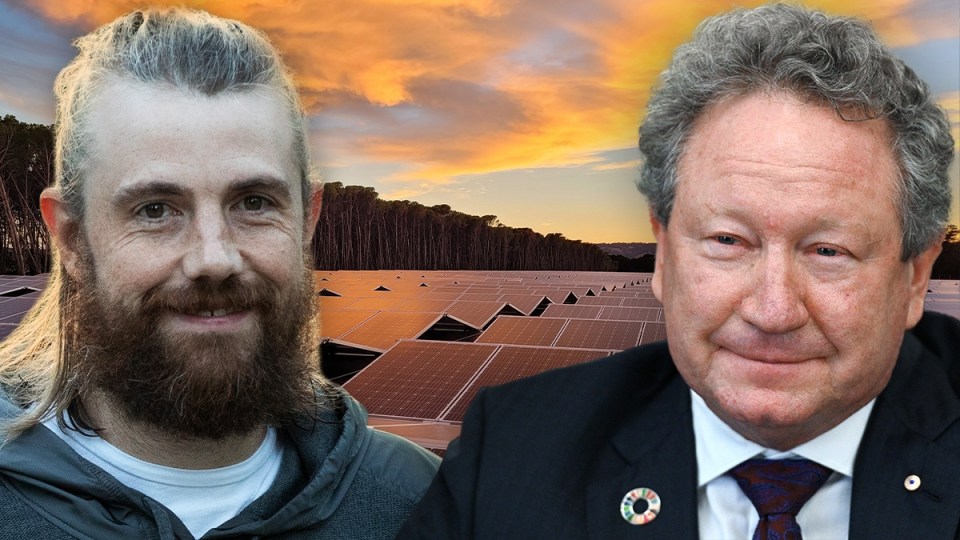 Sun Cable – a project backed by Mike Cannon-Brookes and Andrew Forrest – has been approved by Infrastructure Australia. Photo: TND

The world’s largest solar generation and transmission project – Sun Cable – was given the go-ahead on Friday.

That means Sun Cable – which already has the backing of billionaires  Mike Cannon-Brookes and Andrew “Twiggy” Forrest – can now raise the big bucks necessary to bring it to life.

What is Sun Cable?

Sun Cable is a massive solar energy power plant that will link the Northern Territory outback to Darwin and Southeast Asia.

“It will be the longest power transmission link in the word by far – it’s a very ambitious, huge project,” said Dr Mark Diesendorf, an associate professor teaching environmental studies at the University of New South Wales.

The project will generate power from solar farms 800 kilometres south of Darwin and send it to the Northern Territory capital and then on to Singapore and Indonesia.

The cornerstone investors are billionaires Mike Cannon-Brookes and Andrew “Twiggy” Forrest. To date, the project has raised only $210 million in cash, but IA’s support will now encourage other important players to come on board.

“It improves the chances of Sun Cable getting finance from the Clean Energy Finance Corporation and the Northern Australia Infrastructure Fund,” said Madeline Taylor, senior law lecturer at Macquarie University.

Once the project moves forward, more private investors will come on board, supported by the certainty of power supply contracts.

What is Sun Cable’s capacity?

The project will be able to generate 17 to 20 gigawatts of electricity, which is about the same as the whole of the NSW power system today.

That energy is to be sent 800 kilometres north to Darwin, where up to 800 megawatts will be sold into the local power network.

Sun Cable says the current Darwin demand is about 180 megawatts, so the project will deliver four times what is needed, creating the opportunity for a major expansion of local industry.

What will the project send offshore?

An undersea cable will send power north to Singapore and perhaps Indonesia over a distance of 4200 kilometres. Its offshore supply capacity will be 2 gigawatts – roughly the same as Victoria’s largest generator, the coal-fired Loy Yang A.

Of those 2 gigawatts, 1.7 will make it through to Singapore. The rest, about 15 per cent, will be consumed by resistance in the power lines.

The project will run with a huge amount of storage – between 36 and 42 gigawatt hours.

“Everything about this project is off the scale.”

Although the technology for the project is currently available, expanding it presents several risks.

“Cables going a long distance under the sea can be difficult to repair and take a long time if someone digs it up,” Professor Mountain said.

Large amounts of storage will back up the power supply, making electricity available during the night or when the sun isn’t shining. But full-capacity 24/7 generation will not be necessary.

“No one needs 24/7 full capacity base load, because load profiles are changeable,” Professor Mountain said.

That means because Singapore is on a similar time zone to Darwin, when demand drops there at night, Sun Cable will generate electricity using batteries.

What are the benefits?

There will be significant economic and environmental benefits flowing from the project. The power supplied to Darwin will help the NT meet its 50 per cent renewables pledge by 2030.

“That’s really important to them because the NT doesn’t have a high renewable energy penetration at the moment,” Dr Taylor said.

The Australian part of the project will see $8 billion invested in solar farms, storage and cabling. When it is operational, energy sales will deliver revenues of $2 billion, the same as the entire dairy industry currently exports.

The project is also tipped to create 14,000 direct and indirect jobs, as shown above.

“There will be world-leading subsea cabling and transmission lines that Sun Cable is saying will be produced in Australia,” Dr Taylor said.

“It’s likely that will be at Gladstone where Andrew Forrest ‘s manufacturing hub is going to be situated.”

When will the project be operational?

Sun Cable says its ambition is that the project will start to deliver electricity to Darwin in 2026 and to Singapore by 2027.

“Those dates are inching closer and the announcement made today [by IA] is a very big milestone following an act of Parliament passed earlier this year,” Dr Taylor said.

The project draws attention to the possibility of harvesting Australia’s renewable energy potential for a number of energy-based uses.

“It comes down to the economics of what you are looking at, but you can just generate electricity, you can use the energy to produce hydrogen or you can use it to produce ammonia,” said Tony Wood, energy program director at the Grattan Institute.

“We know how to transport LNG [liquid natural gas] around the world.

“You have to be more specialised to transport ammonia (which can be used as fuel) and even more so for hydrogen – but you can do it.”