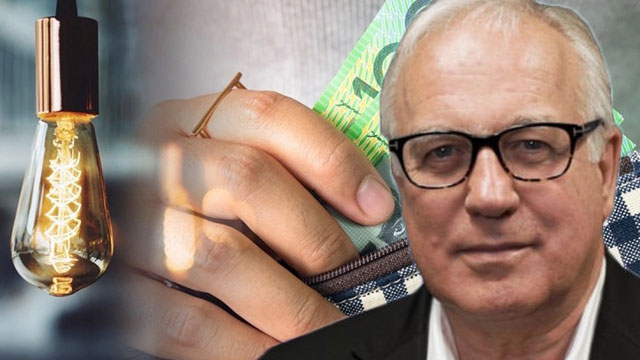 The RBA is trying to make sure we have a recession this year, by adding a credit squeeze to an energy shock. Photo: TND/Getty
opinion

Here’s a wild idea for mainstream economists to smile at condescendingly: How about the Reserve Bank stands back and lets this inflation episode run its course.

There’s a wise old saying that the best cure for high prices is high prices, since they naturally reduce demand on their own, but central bankers are trained to scoff at that idea.

Unlike previous episodes, this inflation is NOT caused by galloping consumer demand or runaway wages, which is what higher interest rates are designed to suppress, but by two colossal stupidities that are entirely impervious to the Reserve Bank.

The first, of course, is Vladimir Putin’s idiotic invasion of Ukraine, about which enough is said already.

As discussed here last week, that mistake has resulted in an energy shock like that of 1973, which caused an immediate recession in 1974. Note that then Federal Reserve chairman Paul Volcker’s subsequent inflation-fighting recession didn’t happen until eight years later.

But the RBA is trying to make sure we have a recession this year, by adding a credit squeeze to an energy shock.

What’s more, it’s spent a couple of years explicitly telling Australians that there’d be no rate hike until 2024. Sorry about that, folks!

The second stupidity (or is that three now?) is Australia’s poor excuse for an energy policy, which has more holes than a trendy pair of jeans.

And there is no greater hole in this procession of failure than the absence of a “capacity mechanism”.

That’s energy boffin talk for “back-up” – that is, paying someone to be on standby with spare electricity generation capacity ready to go in case something goes wrong.

Something did go wrong this year – a shortage of coal caused by the invasion of Ukraine and power stations breaking down more often than a Vauxhall Viva.

Those running the system called for back-up a decade ago, but it didn’t happen because the Greens opposed paying gas generators to standby on the grounds that those who burn fossil fuels shouldn’t be given any cash, and there aren’t enough batteries yet, and also there isn’t enough gas because it’s all being exported.

A capacity mechanism was the focus of yesterday’s meeting of state energy ministers with the new federal Labor minister, Chris Bowen, who has replaced Angus Taylor (now promoted to shadow treasurer for his fine work in stuffing up energy).

The urgency of the present crisis will no doubt result in the ministers all agreeing to introduce a capacity mechanism, a decade too late.

But in the meantime, the prices of both electricity and gas have soared because of a shortage of both, and inflation has ensued.

Reserve Bank to the rescue!

What to do? Why, make things worse, of course, on the grounds that the economists in Martin Place are holding a hammer and ‘by golly that looks like a nail’.

Interest rates have now been jacked up by 0.75 percentage points in two sittings, and the banks are only too pleased to obey their master’s voice and follow suit. As usual, deposit rates will go up rather more slowly than lending rates, which is why monetary policy works: Borrowers lose more than depositors win.

Central bank economists are taught that the only cure for high prices of goods and services is to also raise the price of the money that’s used to buy them and, more importantly, is also used to buy somewhere to live, otherwise they would have no reason to exist.

Monetary policy is the last remaining lever of economic machinery that can be pulled, and there is a global society of central bankers paid to solemnly pull it, and an even larger society of private economists paid even more to watch them pull it, and to pointlessly forecast by how much they will pull it.

This is a very serious business and the responsibility of preserving their lucrative employment weighs heavy on all concerned.

So here we are in the midst of an acknowledged cost-of-living crisis and the remedy is to worsen it.

It seems counter-intuitive to say the least, the opposite of common sense you might say, but these are the high druids of economic policy and common sense don’t enter into it, as John Cleese said of the bird’s plumage in the Dead Parrot Sketch.

But hang on: The measure that central banks use for inflation – that is, “core” inflation, which usually excludes food and energy prices because these are so volatile – is actually 3.2 per cent in Australia, because food and energy happen to be the prices that are rising the most.

Where did the 2-3 per cent target come from anyway? After all, in the 1980s, central banks declared victory having got inflation down to 4-5 per cent with the dreadful 1982 recession.

After the 1991 recession, inflation fell to 2-3 per cent, and the then governor of the Reserve Bank, Bernie Fraser, decided to lock it in, declaring in a speech on August 17, 1992: “There is no reason why the current underlying inflation rate of 2 to 3 per cent cannot be sustained”.

At around the same time, the US Federal Reserve did something similar, although economist Paul Krugman says it resulted from a compromise between a group of economists who wanted true price stability – zero inflation – and others who thought 4 per cent would be fine.

Would 4-5 per cent inflation be so bad? No. Is it worth raising interest rates enough to throw a million people out of work to get it down by 2 percentage points?

Of course not, especially when the inflation is caused by nothing that can be changed by raising interest rates.

It’s a bit like chemotherapy that kills the cancer by taking the patient to death’s door.

Alan Kohler: The two great stupidities behind our inflation