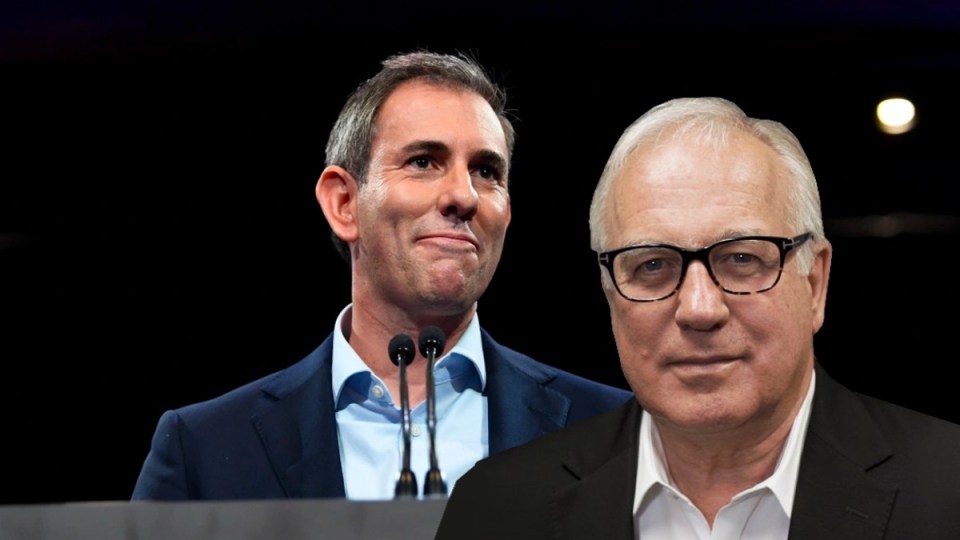 It’s a good thing debt and deficits don’t matter anymore because if they did, Jim Chalmers would be in big trouble.

As it is, he is the first new Treasurer with no plan to get the budget back to surplus.

In fact, this was the first election in memory, possibly ever, in which neither major party even talked about balancing the budget.

In 2019, Scott Morrison congratulated himself and his team for delivering the first surplus in a decade and promised to “eliminate the debt within a decade”.

Bill Shorten promised to “deliver strong budget surpluses to pay down the debt that these delinquent Liberals have doubled since they have been in office”.

Every previous election campaign included something similar, except for 2007 when Labor inherited a surplus that was promptly destroyed by the GFC.

The pandemic has put paid to surpluses again, but this time the crisis has blown up the entire conventional wisdom about government finances.

At this election, both sides promised only to reduce the debt as a share of the economy – by growing the economy, not by reducing the debt.

Surplus? You must be kidding. The current crop of MPs will have retired by then, so best not to mention the word at all.

So the only discussion of budget repair during the campaign was about economic growth.

Incoming Treasurer Jim Chalmers declared at the National Press Club: “The best way to repair the budget is to get the economy growing in a broader, more sustainable, more inclusive way”.

Which is fine, except for two things:

Even if there isn’t a global recession, the economy of our biggest customer – China – is in trouble because of its COVID-19 second wave, and in any case, China is looking for alternative suppliers of minerals and energy because we are its geopolitical adversary in the new cold war.

Chalmers said Labor wanted to be judged on the “quality of our spending” and whether it delivers the “right kind of growth”, and he quoted PwC as estimating that with growth “just 0.5 per cent higher per year than what is currently projected, the structural deficit would close and would reach zero net debt 15 years earlier”.

Which is well and good, except that’s not a promise, just a scenario, and he’s only talking about higher growth than it would have otherwise been, and zero net debt would be reached 15 years earlier. Earlier than what?

So we have travelled down the yellow brick road to the Oz of Modern Monetary Theory, in which the government-owned Reserve Bank buys government debt, and the debt and deficits don’t matter, or rather only matter to the extent that they cause inflation … in theory, anyway. In practice, they either don’t cause inflation or it’s impossible to know.

Australia has been putting those ideas into practice for five decades.

During that time, we have maintained a AAA rating and the only correlation between deficits and inflation is inverse: As the deficits have steadily grown, inflation has steadily declined.

Has the current burst of inflation been caused by the $300 billion in budget deficits over the past three years, or the 0.1 per cent RBA interest rate, or shortages caused by the pandemic? A bit of all three, probably, but in what proportion? No one knows.

The more serious problem is that in the 52 years since 1970, government spending has grown at a compound annual rate of 8.9 per cent while receipts have grown by 8.4 per cent a year.

In other words, apart from brief mining booms that lift company tax receipts, governments have never been able to raise enough money from Australian citizens to pay for their spending, which is why debt is pushing one trillion dollars.

And now, for the first time, the politicians are not even trying.

At least the new Labor government doesn’t have an arbitrary “speed limit” on tax as a percentage of GDP like the Coalition’s 23.9 per cent, although it’s terrified of openly jettisoning that for fear of confessing to the charge that it’s a big-taxing party.

Jim Chalmers could reduce the deficit to zero within three years by increasing the ratio of tax to GDP from the 22.4 it is now to 24.4 per cent – still among the lowest in the western world.

It means it can’t help the Reserve Bank manage the economy because when the debt is a trillion dollars, politics requires at least the appearance of restraint.

By far the best thing Jim Chalmers could do for his party and the country would be to find a way to escape the 23.9 per cent limit on tax to GDP so there’s at least some flexibility.

And the way to do that, I suggest, would be a transparent, open inquiry, updating the Henry Tax Review of 2010, and including the question of what the right overall level of taxation for Australia should be.

It would take into account the spending requirements of defence, NDIS, aged care, child care and infrastructure, what the most efficient taxes are for raising the money, and the extent to which MMT is correct that running deficits is OK.

Kevin Rudd commissioned Ken Henry and a good panel to look into Australia’s tax system, and then squibbed its implementation because of the ferocity of Tony Abbott’s opposition.

One of Jim Chalmers’ and Anthony Albanese’s main jobs should be to do it again, and not squib it this time.