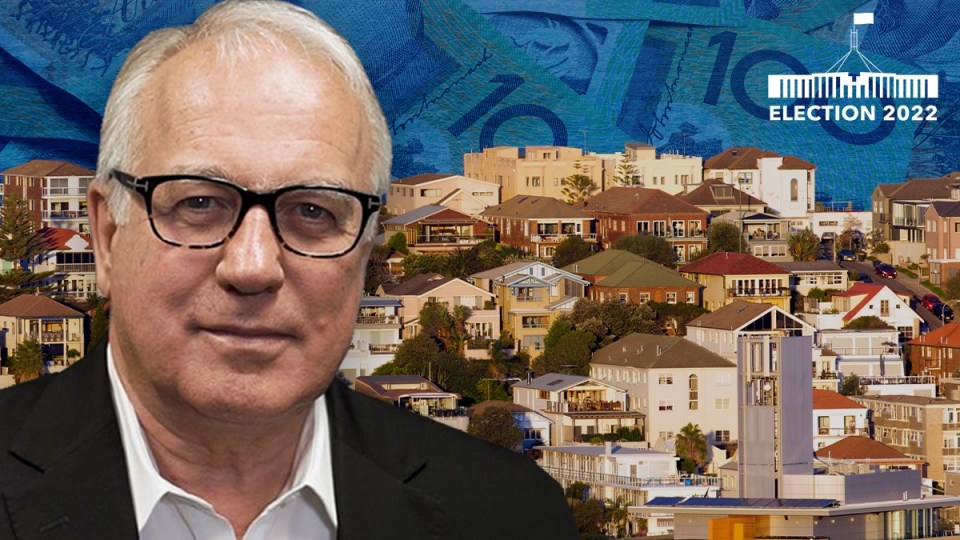 The Coalition’s idea of letting first-home buyers use their super to buy a house is another stinker in a long line of housing policy stinkers.

Another is Labor’s “Help To Buy” shared equity scheme, and the Coalition’s Home Guarantee Scheme.

The only housing policies with any merit this year are Labor’s idea of a fund to build social housing and the Coalition’s plan to give $2 billion to the National Housing Finance and Investment Corporation (NHFIC) to do the same. But neither of them is anywhere near enough – no more than a start.

But let’s face it, politicians do not want house prices to fall. The shadow housing minister, Jason Clare, acknowledged that to me this week, saying nobody is proposing to do that.

“I don’t think anyone would want to see that. You know, anybody who owns a home wants to see the value appreciate. If house prices were to drop, the economic impact for Australia would be phenomenal. What we do need to do, I think, is come up with policies to help people who want to buy a home.”

And that’s the problem in a nutshell. Politicians only want to help a few people buy houses they couldn’t otherwise afford, not to make them more affordable.

The reason is obvious: The vast majority of voters own a home and don’t want to see anything done that would reduce its value, and therefore their wealth.

As a result, Australia’s political classes have never actually tackled housing affordability and have only ever made things worse by giving some first-home buyers cash, pushing prices higher.

That is, housing policy has always been driven by announcements rather than any commitment to effective policy.

It’s arguably the most egregious failing of Australian governments for 40 years, and has led to this:

But let’s talk about the superannuation for home deposit scheme unveiled by the Prime Minister Scott Morrison at his campaign launch on Sunday.

Superficially, on one level, it looks reasonable since the compound growth in house prices over the past 10 years is roughly the same as super fund returns over the same period, so there wouldn’t necessarily be a long-term difference in retirement savings between having the money in super or a house.

But the policy is an incitement for young families to borrow more money and to put too many eggs in one basket.

And that basket – a first home – is not chosen by professionals as an investment for retirement like super is, but as a place to live, and it’s likely to be on the outskirts of a city in a new development without much in the way of infrastructure and services. So not a good investment, especially now that interest rates are rising.

In the meantime, the policy is likely to drive prices higher than they would otherwise have been.

Last year, the McKell Institute modelled the house price impact of home buyers taking $40,000 out of super to augment their deposits, and found that it would add $31,000 to the value of houses in Melbourne, $45,000 in Sydney and $100,000 in Brisbane.

While the causes of the housing affordability crisis are complex, with many elements such as tax breaks for investors and zoning restrictions, there is one cause that stands out: The exit of governments from public housing.

Between WWII and 1975, Australian governments built about 1000 houses a month for low-income families.

As a result, there is a colossal backlog of social housing that will take decades to make up.

Professor Nicole Gurran, urban planner and analyst at the University of Sydney, told me that “the evidence suggests that right now we need at least 450,000 new social and affordable rental units over the next 20 years”.

She went on: “The estimate to meet the existing backlog and projected future need is in the realm of 750,000 units.”

Labor’s $10 billion Housing Future Fund would build 30,000 places over five years; the Coalition’s $2 billion would build about 5000 at most. Two drops in the bucket.

Broadly, it seems to me the first requirement for fixing housing affordability is to have a plan, to have an aim in mind.

It’s probably not politically possible to do something that would deliberately make houses worth less, especially if it costs the government a lot to achieve that (which it would).

As Jason Clare said, nobody wants that and as Labor found in 2019 any policy that would threaten that outcome leads directly to the Opposition benches in Parliament.

So how about aiming to keep house prices more or less unchanged for, say, 20 years, so they fell in real terms?

You probably couldn’t even announce that as a policy aim, since everybody who is waiting for the equity in their house to grow so they can renovate, or travel, would be up in arms.

But that would be a worthwhile goal, and probably not too difficult to achieve with interest rates rising now.

To make sure of it, and to make up the shortfall in social housing caused by the near total exit of governments from that field, federal and state governments need to build a lot more houses themselves and make sure fast transport and other infrastructure is provided to regional towns near capital cities.

Yes, that would be expensive and would blow out the already blown-out budget.

So, increase taxes – don’t cut them.

In any case, at least have a housing plan.