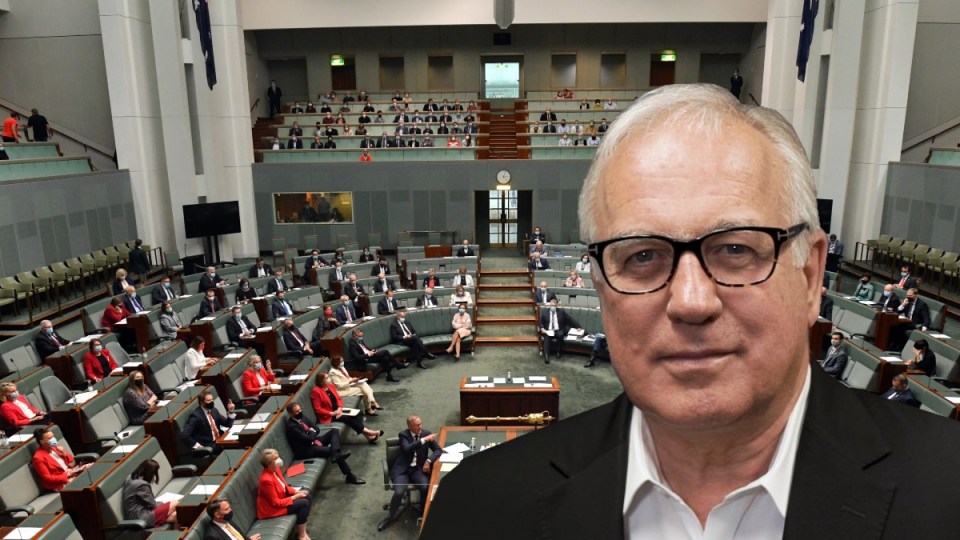 Our leaders won't give us the unvarnished truth because it might cost them votes, writes Alan Kohler. Photo: AAP
opinion

This is the first election fought in the context of endless government deficits.

At no previous time in Australian history would long-term forecasts of budget balance have shown deficits all the way, especially at an election. The forecasts of surplus are often proved wrong, but at least they’re there.

Neither major party is acknowledging this of course, and the Coalition is talking breezily about economic growth melting away the deficit and debt eventually, but that’s not a plan.

Neither side has a plan to raise enough taxes to pay for what they want to spend without losing the election; borrowing is the path of least resistance.

They both propose to increase defence spending, fund the NDIS, improve aged care and childcare funding, and invest in infrastructure, including the decarbonisation of the electricity grid, yet the only extra tax proposed is a crackdown on multinationals’ tax by the Labor Party, which would raise $4 billion a year, maybe.

The Coalition is promising to maintain the absurd cap on tax to GDP of 23.9 per cent, the ALP demurs but then concurs; previously announced tax cuts will go ahead whoever wins.

In short, the election is based on a lie: That we can have our cake, eat it, and not pay for it.

The two parties avoid any talk of major reform, and are promising only to do the normal things required of any government (defence, welfare, infrastructure etc) while keeping the election as a simple contest between personalities.

And the irony of this is that the two main personalities – Scott Morrison and Anthony Albanese – look like each parties’ greatest liability. Morrison is actively disliked and Albanese is seen as a well-meaning, bumbling goof, but it’s too late to ditch either of them.

For that reason, a wave of more appealing (female) independent candidates is doing well and could take the balance of power. If that happens, it’s more likely to result in more spending than higher taxes, and therefore will do nothing about the prospect of endless deficits.

Does that matter? Well, eventually interest on the debt will be chomping through an uncomfortable amount of tax revenue, but for now it points to a deeper issue: The dysfunction of representative democracy itself.

In the 19th century, electing someone to send to the capital to represent a local community made sense, and the laying of railroads across Europe, the UK and United States made it work. People living anywhere could send a respected member of the community to London, Washington or Melbourne and they could report back within the day if necessary.

But over time party discipline became paramount, and politicians no longer simply represented their communities, but put the party, and themselves, first.

Moreover, the democratisation of information, instantly, 24 hours a day, means everybody knows as much as the parliamentarians and their staff know, all the time, and at the same time their flaws are obvious, all the time.

We discover, through a sort of constant reality TV series of their lives, that they don’t know very much and are actually just ordinary human beings, with all the shortcomings that go with that.

The system of representative democracy is designed for a different set of social hierarchies and an economy that was based, as described by Karl Marx, on the three factors of production: Land, labour and capital. Politics was just an endless battle between labour and capital. Life was simpler.

Marx wrongly thought this conflict would result in revolutions that would lead to the “dictatorship of the proletariat”.

In the 20th century, energy became an increasingly important fourth factor of production, leading to the political dominance of oil companies and OPEC in the 1970s.

And now a fifth must be added: Knowledge. As we can see from a list of today’s biggest corporations (Microsoft, Apple, Amazon, Facebook, Google), access to land, labour, capital and energy no longer matter as much in a capitalist society as the ability to organise and harness knowledge.

The first knowledge revolution occurred in 1440 with the invention of the Gutenberg printing press, which spread subversive religious ideas such as Martin Luther’s 95 theses 77 years later, which led to 100 years of war, millions of deaths and political upheaval throughout Europe.

The new knowledge revolution of the past three decades is now seeping into political structures that were set up when letters and newspapers took days to arrive and people knew little about what was going on in the capital.

Now we are besieged by information and the world feels far less stable than it did. Knowledge is power, but if everybody has it, nobody does.

Populist right-wing politicians are going after the traditional working-class voters concerned about immigration and jobs, the left is focused on the more elite urban concerns of environment, child care and aged care and, in Australia, teal independents are claiming the middle.

The old model of two-party representative democracy is failing because the choice is no longer a clear one between labour and capital, left and right, but between two sets of schmucks with no serious policies, about whom we know far too much.

Alan Kohler: Deficits and the failure of representative democracy