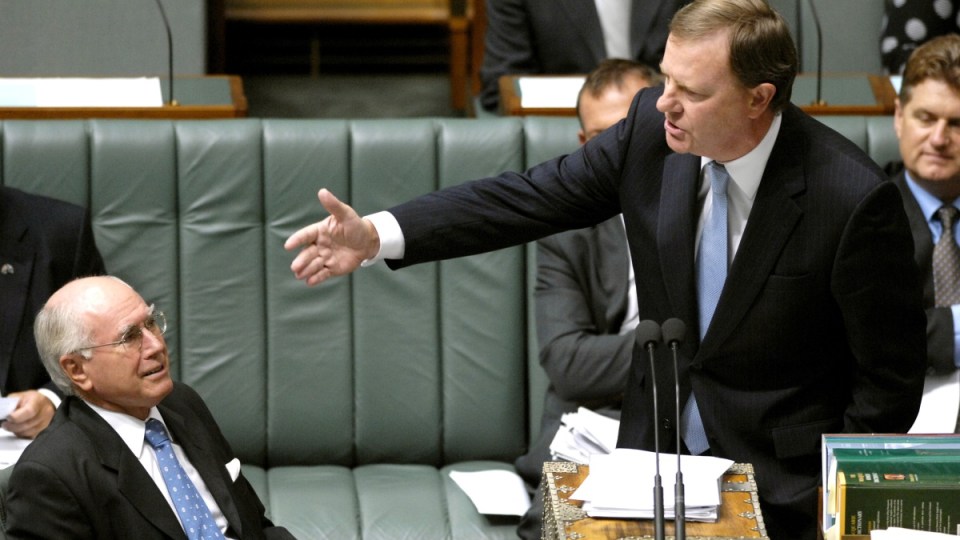 Modern Australia is a largely conservative nation. Not prone to revolutionary agendas or whimsy in politics. Suspicious of change for the sake of change.

This is because there is a natural inclination, an Australian sensibility, to ask what even the self-described radical leftist philosopher Slavoj Zizek once did: “What happens the day after the revolution?”

Major reforms have occurred when great communicators answer this question with clarity, credibility and charisma.

Yet over the past two years, Australians have had to rapidly accept radical changes to policy, from lockdowns to emergency government spending.

Reflecting on that now, it is clear that not all leaders would have had the courage, or communication skills, to quickly implement strict border controls or spend billions of dollars keeping workers and their jobs connected.

With an understanding that these measures were necessary and temporary, Australians weathered a tumultuous two years that has seen the country briefly break its 30-year economic growth streak, limit migration for the sake of lives, and implement a classic Keynesian response to the shocks of the pandemic that has led to very low unemployment.

Explaining the new policies in April 2020, Treasurer Josh Frydenberg quoted John Howard: “During times of economic crisis, there are no ideological constraints”.

Tuesday’s target cash rate rise is the latest economic shift in this story: A monetary response to rising inflation prompted largely by the increasing cost of fuel and housing construction, limited by supply.

As the necessary, temporary policy measures that protected us during the pandemic are removed, reforms that facilitate longer-term resilience in our economy are required.

We must shift commentary past the independent, monthly decisions of the Reserve Bank of Australia and on to the fiscal policies that will drive productivity and growth for the coming decades.

In this country, the solid foundations upon which major reforms are built undergo a process of thorough explanation and familiarisation.

This process has largely delivered stability and longevity through structural changes that continue to benefit citizens.

The very first Aboriginal Land Rights Act, passed by the Fraser government, was a decade in the making following the Wave Hill protests in 1966.

The Republic debate was undercooked at a mere eight years between expressed support from Bob Hawke and the failed referendum.

The Goods and Services Tax, now a bedrock of Australia’s modern economy, took a mighty 25 years to implement, from its conception in the Asprey Review of Taxation to its successful inception by Howard in 2000. The former PM called the pace of reform “funereal”.

There were memorable potholes on the path of GST reform, arguably leading to the demise of leaders on both sides.

Bob Hawke rebuffed Paul Keating’s attempts as Treasurer in 1985 to deliver a new consumption tax, regarded by some as the real beginning of the eventual spill.

Mike Willesee’s famous question to John Hewson in 1993 – “[if] GST is in place … do I pay more or less for that birthday cake?” – resulted in a self-confessed “bad answer”. Hewson’s painfully complicated one minute and 45 second response may have cost him the election.

Then in 1998, with perennially loyal treasurer Peter Costello, Howard released a 180-page paper detailing the proposed GST reform titled, ‘Not a new tax. A new tax system’. The audacity makes you blush.

It was one month prior to the October election and the paper represented the courage of Howard’s convictions, the culmination of a case he had been making since he was treasurer in the late 1970s.

When the Coalition won the election with such a mandate, it rocketed Australia into a new era of economic prosperity.

Our next government, and I will be voting Liberal, will need courage and clarity to take necessary tax reform to voters.

Developing this resilience will give us some freedom from panic at basis-point adjustments to interest rates – because the current system leaves Australians vulnerable to shocks and puts a dampener on growth.

We are one of the most individually indebted populations in the world.

Encouraging savings and business development by moving away from taxing personal income, payroll and companies will be necessary for future prosperity. A progressive consumption tax should be on the table.

Ultimately, good taxation systems strive for efficiency and effectiveness. Unfortunately Australia is falling behind on both indicators.

The 2010 Henry Review revealed that about 90 per cent of our tax revenue is collected from just 10 per cent of taxes, resulting in complexity and compliance costs.

Treasury’s 2015 ‘Re:think’ discussion paper noted the growing cost of high company tax rates (which are invariably borne by Australians), comparative to the other 37 Organisation for Economic Co-operation and Development (OECD) countries.

And in 2018, we recorded the joint-lowest rate of GST-revenue-to-GDP of all OECD members (ignoring the United States, which has no federal sales tax). This means we are making up revenue largely by taxing personal income.

We must anticipate a future more reliant on capital investment, one that encourages individuals to save and companies to grow.

Paul Kelly spoke of tax reform as “an objective deep within the psyche of the Liberal Party”.

It is because there is an inherent understanding that Australians want solid, economic reasons for change, guided by steady leadership.

Although the pandemic has refocused our attention on the immediate future, we now have the chance to widen our gaze and set up the Australian economy to serve our individual needs for years to come.

Jacqui Munro: Our next government must take up the tax reform gauntlet