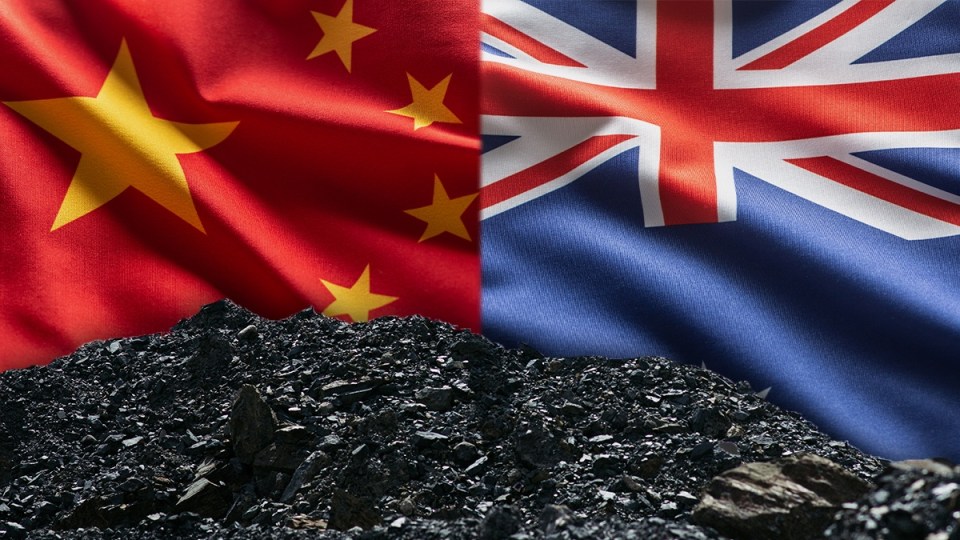 Australia’s political leaders have been accused of burying their heads in the sand as new data warns coal exports are hurtling towards a downturn.

A report by the Australian National University (ANU) finds China is reducing its demand for foreign coal much faster than expected, with researchers arguing there will be no return to the rivers of gold that flowed into Australia before Beijing slapped its crushing import ban on Australian coal.

In a transition that could cost Australia’s mining-reliant communities billions of dollars, coal shipments could plummet between 26 to 45 per cent by 2025, the new ANU modelling has revealed.

Lead author Jorrit Gosens, director of the Strategic Research Spoke on Energy Transitions at the Australian Centre on China in the World, said the coming downturn meant policymakers needed to develop better plans to help mining communities in New South Wales and Queensland diversify their economies.

He said current sky-high coal prices risked lulling governments into a false sense of security about the future of fossil fuels, leaving mining workers vulnerable when global demand for the product plunges.

“It’s time to make a bit more haste with the diversification of economies and the transition to new industries,” Dr Gosens told The New Daily.

“What our research shows is this decline in coal exports is not something that’s coming over the next 10 or 20 years, it’s fairly imminent.

“That’s something that policymakers need to reckon with.”

Australia supplied $8.9 billion worth of coal to China in 2020, making it the third-biggest export with our largest trading partner.

China has since stopped many shipments of Australian coal amid rising geopolitical tensions.

But Australia has more or less offset this lost income by boosting trade with other countries.

Dr Gosens said that’s because coal is a fungible commodity traded on global markets, meaning its price and export volumes are ultimately determined by global demand, not just by Beijing’s trade rules.

In other words, as China started buying coal from elsewhere, supply gaps emerged in other markets that Australian exporters were able to fill – particularly across Japan, India and South Korea.

But the issue is that China’s coal demand – which has been fairly flat since 2013 – is now set to plummet amid efforts to promote its own domestic sources and decarbonise its economy.

China has built new railways to improve its internal supply of thermal coal and has set up huge new mines in neighbouring Mongolia for new metallurgical coal – significantly reducing its reliance on foreign sources.

As this happens, Dr Gosens predicts the global coal market will be forced to correct, with lower prices and volumes likely to reverberate across major fossil fuel-exporting nations like Australia.

Making matters worse, other large coal-buying nations like Japan, Taiwan and South Korea are also decarbonising their economies and will demand much less coal over the coming decades.

It means Australia’s coal industry will suffer a slow decline in demand, although it’s hard to see that right now.

Coal prices are currently near record highs and Australian producers are stretched to their limits amid supply disruptions due to the pandemic and the war in Ukraine.

It has pushed up coal exports to an annualised $86 billion so far in 2022 – a 36 per cent increase on last year, according to ABS figures.

Dr Gosens fears the current boom – which he argues is “temporary” – will make governments complacent about the future economic role of fossil fuels like coal.

“[The current boom] is a temporary respite from a long-term pattern of decline,” he said.

“We risk kicking the can down the road.”

Billions of dollars have flowed into Australian communities from coal exports over the past century, but despite predictions this business is drying up, experts said governments still haven’t outlined a comprehensive transition plan.

The Morrison government’s position on coal exports is that they will continue for decades to come and strengthen over time, and Labor has also said coal exports will remain important.

Victoria-based coal power plant worker Tony Wolfe said neither federal or state governments have reckoned with the need to help communities reliant on coal power and exports transition to new industries and jobs.

“The coal industry is in decline across Australia, but it’s being left up to private industry to pick up the slack,” he told TND.

University of Queensland professor John Quiggin agreed with Mr Wolfe, saying policymakers are failing to prepare for what happens next.

“No preparation is taking place.

“The plan has been to deny that anything bad is going to happen to coal and therefore there’s no attempt to provide any real adjustment.”

A 2020 report authored by Professor Quiggin found the coal sector employs about 46,000 Australians, many of whom are fly-in, fly-out workers who live far away in coastal areas.

Some communities, however, are still heavily reliant on the coal business.

Professor Quiggin found this is particularly the case in the main towns across Queensland’s Isaac region, such as Clermont, Moranbah and Dysart, and the main town in the Central Highlands region, Emerald.

In the Upper Hunter region, towns such as Muswellbrook and Singleton also remain heavily dependent on coal mining and electricity generation.

Professor Quiggin said phased programs to transition industries in these communities towards renewable energy are needed, alongside other efforts to cushion the blow of falling coal revenue such as direct funding.

This could involve government funding for worker retraining, or money to help bridge the path to retirement for workers who are close to that age.

Mr Wolfe said skills across the coal industry are “immense” and could be readily transferred to different industries, with a “little bit of training”.