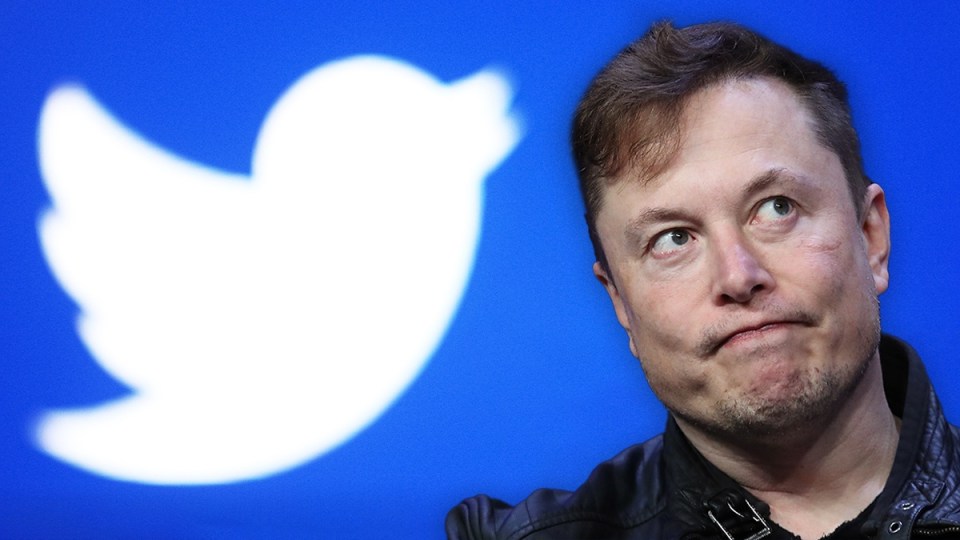 Elon Musk’s $58 billion bid to privatise Twitter plunged the company’s board into crisis over the weekend, with drastic steps now being taken to “poison pill” the billionaire’s hostile takeover.

In developments that have polarised users on the social media platform, Mr Musk ended weeks of speculation about his 9 per cent Twitter stake on Good Friday (Australia time) by offering to buy the entire company and transform it into “the platform for free speech around the globe”.

It came after Mr Musk rejected an offer to join Twitter’s board as its largest single shareholder early last week.

“Since making my investment I now realise the company will neither thrive nor serve this societal imperative in its current form,” Mr Musk said in an official regulatory filing in the US late last week.

“Twitter needs to be transformed as a private company.”

Mr Musk has offered $US43 billion ($58 billion) to take Twitter off public markets – a 38 per cent premium on its April 1 share price (the day before Mr Musk revealed he had bought a 9 per cent stake).

But the attempted hostile takeover has already hit an obstacle: Twitter’s board has moved to prevent Mr Musk from buying additional stocks in the company, and other shareholders are also suing the billionaire over his alleged failure to properly disclose his Twitter share purchases.

Mr Musk is also being sued by scorned Tesla shareholders for flippantly saying he would take the electric car company private at $420 per share in a 2018 tweet, with the remark playing havoc on Tesla’s share price and drawing the ire of the US markets regulator.

Still, it will ultimately be up to Twitter shareholders to determine whether Mr Musk’s offer represents value for their shares, not Twitter’s board.

Mr Musk said he’s “moved straight to the end” of negotiations with Twitter by making a “best and final” offer for the company at $US54.20 ($72.87) per share over the weekend.

The total offer is worth $US43 billion ($58 billion) – funding for which Mr Musk said is “secured”.

“It’s a high price and your shareholders will love it,” Mr Musk told Twitter chair Bret Taylor, according to regulatory filings published in the US.

In other words, Mr Musk doesn’t intend to raise the price of his bid to satisfy Twitter’s board, which has bristled at the proposal and is already taking steps to limit his ability to take control.

On Saturday (Australia time), Twitter’s board approved a so-called “poison pill” that will allow other shareholders to buy shares at a discount if anyone buys 15 per cent of Twitter.

This mechanism is designed to dilute the shareholding of anyone trying to take over the company.

“The rights plan will reduce the likelihood that any entity, person or group gains control of Twitter through open market accumulation without paying all shareholders an appropriate control premium or without providing the board sufficient time to make informed judgments and take actions that are in the best interests of shareholders,” Twitter said.

This is a common manoeuvre for companies trying to prevent hostile takeovers, but it doesn’t guarantee shareholders will side with Twitter’s board over Mr Musk’s offer to buy their shares.

Mr Musk said over the weekend that he’s “not sure” whether his hostile takeover of Twitter will succeed but is confident he has “sufficient assets” to fund a buyout if shareholders accept it.

According to Bloomberg, Mr Musk is the world’s richest person with an estimated net worth of $US264 billion.

Mr Musk said he wants control of Twitter to transform the social media platform into “the platform for free speech around the globe”.

The billionaire has publicly criticised Twitter’s board for the direction the company has taken in recent years, with moderation policies that limit what users can say and do on the platform.

In an interview over the weekend, Mr Musk said he wants Twitter’s algorithms published publicly so users and other advocates can understand how tweets are moderated and suggest changes.

“Twitter has become a de facto town square, so it’s really important that people have both the reality and the perception that they are able to speak freely within the bounds of the law,” he said.

“Any changes to people’s tweets – if they’re emphasised or de-emphasised – that action should be apparent … so there’s no behind-the-scenes manipulation, either algorithmically or manually.”

In addition to free speech, Mr Musk has also suggested new features like an edit button for all tweets.

Originally, Mr Musk said he intended to join Twitter’s board to pursue his desired changes from within its existing structure as a public company.

But in a filing late last week, Mr Musk explained he had no confidence in the management led by Twitter chief executive Parag Agrawal.

“If the deal doesn’t work, given that I don’t have confidence in management nor do I believe I can drive the necessary change in the public market, I would need to reconsider my position as a shareholder,” Mr Musk said.

His intention is to retain as many Twitter shareholders as possible under a private company structure, which is about 2000 under US law.

The move could reduce the personal cost of the takeover bid for the billionaire.