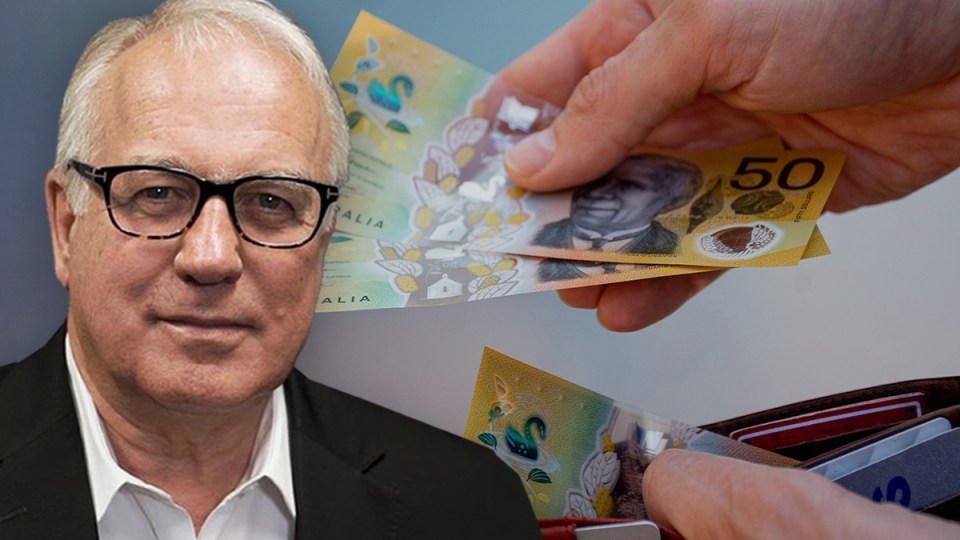 The next government will have to raise taxes if it wants to address the pressing issues of our time, writes Alan Kohler. Photo: TND
opinion

Whoever wins this election will have to find a way to escape Australia’s ludicrous, arbitrary cap on tax as a percentage of GDP.

The limit on tax is 23.9 per cent of GDP. This started as a working assumption in Treasury’s 2015 Intergenerational Report and has become, in Scott Morrison words, a “speed limit” for government, imposed by the Coalition.

Because of the empty, combative way that politics works, it is now a Rubicon for both major parties.

But it’s more of a problem for the ALP than the Coalition: Increasing total tax beyond that limit would confirm the dark Coalition warnings that Labor is a high-taxing party, which would be politically treacherous.

One way to deal with the tax cap would be to run endless deficits and have the Reserve Bank buy the debt, in line with Modern Monetary Theory.

That’s been happening during the pandemic, but we’re a long way from MMT becoming accepted fiscal policy, and in any case it seems that higher taxes can actually lead to happiness.

Two weeks ago the 2022 World Happiness Report was released, with Finland winning the title of world’s happiest country for the fifth year in a row.

The top five happiest countries are Finland, Denmark, Iceland, Switzerland and Netherlands; their average tax to GDP ratio is 38.9 per cent.

Australia is 12th happiest with a total tax to GDP ratio of 27.8 per cent (including state taxes), which makes us 53rd on the tax league table.

The world’s unhappiest country is Afghanistan, where tax is 7.6 per cent of GDP.

So, low tax as a percentage of GDP is not necessarily the road to national happiness; well-funded government services seem to help, as well as knowing that the tax revenue is not being wasted by incompetent, semi-corrupt politicians and bureaucrats.

Having proposed some tax increases in 2019 and lost the election as a result, the ALP is now keeping its tax ideas to “multinational tax reform”. This is both hard to complain about and hard to pin down, but could raise up to an extra $8 billion, according to Labor sources. Or rather, they can credibly say it could raise that much, which is all that’s required to get through the election campaign intact.

But the trouble with using an overall tax to GDP ratio as the speed limit for government is that even “good” taxes, like whacking multinationals, or rivers of company tax from selling iron ore to China, increases the ratio.

That’s why the Coalition’s average tax to GDP ratio in its three terms over the past 50 years is higher than during Labor’s three terms – 22.2 per cent versus 20.5 per cent: The mining boom meant that the Howard government averaged 23.5 per cent tax to GDP and finished with 23.9 per cent (which is where the “speed limit” came from).

Anyway, tax receipts haven’t been sufficient to fund government spending for a while.

Over the past 10 years, $555 billion worth of spending, or 12 per cent of the total, has had to be paid for by issuing debt, and debt-funded deficits are basically forecast to keep going for as far out as anyone forecasts.

That is, there may never again be enough money from taxes to pay for government spending.

And that’s without the increased spending demands that we all know will come from defence and the various “care” functions of government, and neither party is even close to coming to grips with the cost of climate change – that is, dealing with it, not preventing it.

The latest report from the Intergovernmental Panel on Climate Change this week said we’re on track for 2 to 3 degrees of warming, which will be catastrophic for large parts of Australia, considering that the disasters we’re already seeing are due to 1.2 degrees.

After the 2011 floods, the entire town of Grantham was shifted to higher ground, with state and federal funding.

Land was bought from a local farmer, quickly rezoned residential and supplied with roads and services. Grantham residents were given the option of swapping their plots in the flood plain for equally priced ones on the hill.

Eighty families were moved at a cost of $18 million (a few people stayed behind and have since been flooded again) and what had once been Grantham is now parkland.

Something similar will surely have to be done with Lismore. Can that town really be allowed to just rebuild on the Wilsons River flood plain again? No one will be able to get insurance and all of the residents and businesses will be sitting ducks for the next flood that tops the levee.

Lismore’s 19,097 dwellings were worth an average of $627,455 before the March flood. There are plenty of hills around the city, but what would it cost to relocate Lismore to higher ground? A lot more than Grantham’s $18 million, that’s for sure.

And what about all the other towns on flood plains in northern New South Wales and Queensland? Not to mention the constantly flooded suburbs along the Brisbane River, like Rocklea, Fairfield and Yeronga.

With the benefit of hindsight, none of these flood plains should been developed for housing, but it’s done now and those who live there can’t be left to their fate in a hotter, wetter world. Likewise, those living on the coast, or in the bush surrounded by trees.

As the IPCC says, some more disastrous global warming is now locked in and won’t be prevented by the emission reduction commitments made so far, or possibly any reductions that are politically possible. The consequences of this for Australian governments are going to be potentially the most difficult and expensive for any government in the world.

The cost of climate change will add to the cost of population ageing (aged care), the continuing feminisation of the workforce (child care), the commitment to properly look after disabled people (NDIS), and the threat from the “arc of autocracy” as Scott Morrison calls it (defence).

Treasury is forecasting real GDP growth after 2023 of 2.5 per cent a year.

There is no possibility of keeping the annual growth in government spending to 2.5 per cent, which means Australia’s tax to GDP ratio will have to go a lot higher than 23.9 per cent.

The only questions are: Which political party will wear it, which taxes will they use, and will it make us unhappy?

In the world’s happiest country for five years in a row, the top marginal income tax rate is 67 per cent and the GST is 24 per cent.

Alan Kohler: The secret to happiness is more taxation