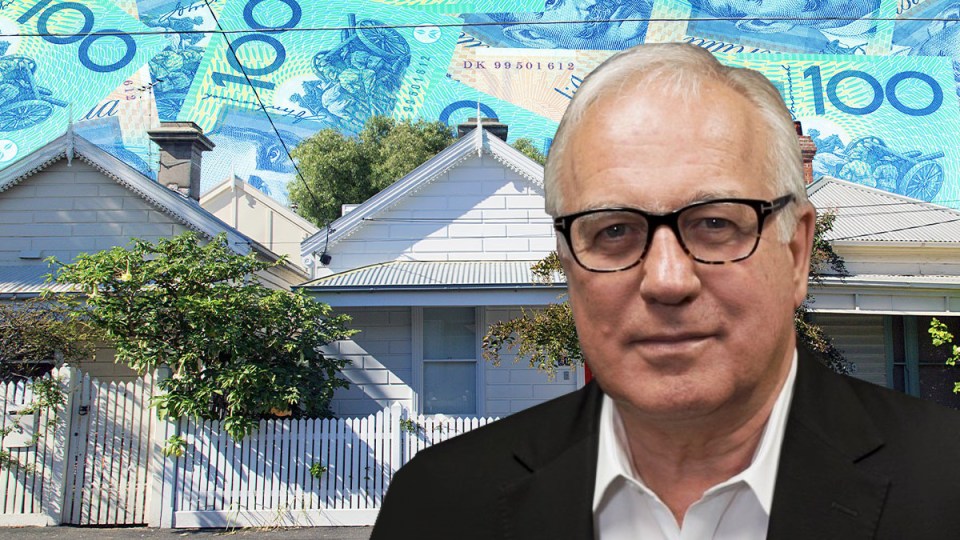 The disaster of Australian house prices over the past 40 years has not just reshaped the economy but fundamentally transformed society.

Australia’s disadvantage is made worse by slow wages growth.

In the vast majority of developed countries, houses have become cheaper relative to income over the past 40 to 50 years, while in Australia that ratio has more than doubled.

The result of 6 per cent compound annual growth in the value of houses over 40 years is that household debt has had to increase from half to twice average disposable income, and from 40 per cent of GDP to 120 per cent.

Land and energy are the two basic economic inputs, but while Australia has more of both than just about any other country, we export most of the energy and price our own at global parity, and we crowd into a few cities and pay each other 10 times our salary for the privilege.

The ABS reported on Thursday that total household wealth in Australia had increased 20 per cent in 12 months to $14,677 billion – an increase of 942 per cent since the ABS started measuring household net wealth in 1990 – which sounds nice but is almost entirely due to growth in the value of the places we live in.

Rising house prices do not create wealth, they redistribute it.

It means the level of household wealth is both meaningless and destructive.

It’s meaningless because we can’t use the wealth to buy anything else, like a yacht or a fast car: Sell your house and you have to buy another one, or your children do.

And most of the wealth is concentrated in Sydney, where the median house value is $1.1 million, double Perth’s and regional Australia’s.

It’s destructive because of the inequality that results: With so much wealth concentrated in the home, it stays with those who already own a house and within families. For someone with little or no family housing equity behind them, it’s virtually impossible to break out of the cycle and build new wealth.

The growth in the value of land has fundamentally changed society, in two ways: First, generations of young Australians are being impoverished by the cost of shelter, especially if it’s somewhere near a CBD, and second, the way wealth is generated has changed.

Education and hard work no longer determine how wealthy you are; now it comes down to where you live, and what sort of house you inherit.

It means Australia is no longer an egalitarian meritocracy: Material success is a function of geography and class, not accomplishment.

Moreover, the geographic wealth gap is being widened by climate change, as floods and bushfires make living in large parts of the country uninsurable and financially crippling, but many families have no choice than to stay where they are.

At some point millennials and Gen Zs will probably rise up in protest against the baby boomers, as the ballooning cost of their parents’ and grandparents’ aged care is added to the cost of their own housing.

Actually, the Australian dream is that a group of politicians might be capable of doing something useful about housing affordability.

Inquiries like this have been going on since the 1970s, and this latest one, for which 205 submissions were diligently prepared and sent in, was hobbled from the start by its terms of reference, which required it to focus exclusively on supply.

The result is that it was a party lines report, with all of the Labor members dissenting, and the majority of recommendations either repeats of previous motherhood statements about planning or so general as to be useless.

One of the pithiest comments came from the submission of Leith van Onselen of the newsletter MacroBusiness, who wrote, among other things: “Let’s get real and admit that this inquiry is a waste of time and taxpayer’s money.”

And so it was. The supply of housing does need to be considered, but the fact that house prices have gone up at the fastest rate in history in the past 18 months while there has been zero immigration and an oversupply of houses suggests that other things are perhaps more important.

Such as demand and bidding power, grotesquely amplified as they are by minuscule interest rates, tax breaks and government grants for first-home buyers.

What the standing committee’s report should have said is that the level of house prices and debt in Australia is a blunder, perhaps the biggest policy mistake in 50 years.

If Labor wins the election there will have to be another inquiry, but at least the same submissions can all be re-used.

Alan Kohler: Waking up from the Australian Dream