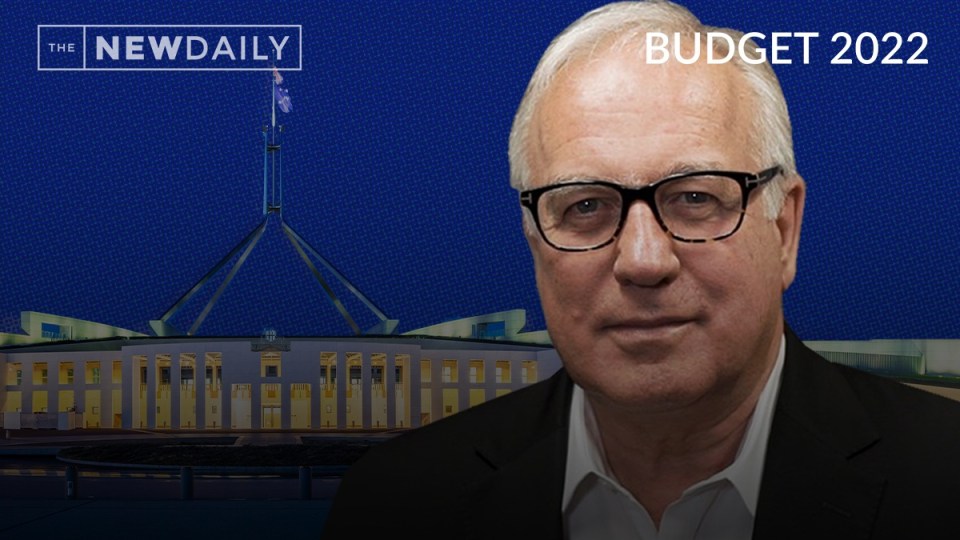 The boffins at Treasury normally get their forecasts wrong – but not by this much, writes Alan Kohler. Photo: TND
opinion

The overriding fact of federal government finances in 2022, and everything about Tuesday night’s budget, is that Treasury got the pandemic entirely wrong.

It’s perhaps hard to blame the spreadsheet jockeys too much – no one was alive during the previous pandemic and in the depths of the 2020 panic, forecasts about what this one might do to the economy and government income and expenses were a complete guess.

But let it be recorded, and not forgotten, that Treasury, and therefore the Treasurer, guessed wrong, with the result that they over-compensated and under-forecast – by a lot.

As a result, Treasury’s economic forecasts were out by miles.

In fact it grew by 1.5 per cent in that year, a 3 per cent turnaround.

It’s hard to overstate the impact on the budget bottom line of such huge misses in GDP and unemployment. Treasury never gets these things exactly right, of course, but it’s never that far out.

The current financial year has a month to go, but the deficit is projected to be $79.8 billion versus the $112 billion that was forecast in 2020.

So across the two years of the pandemic, Treasury’s early estimates of budget deficits were out by a total of $111.7 billion, or 30 per cent.

And for a government trying to get re-elected, there is nothing more beautiful than forecasts that were way too gloomy in the forgotten, chaotic and forgiven past.

The beauty of gloomy forecasts

So across the three budget statements over the past 12 months – that is, last year’s budget in May, the mid-year economic and fiscal outlook in December and last night’s 2022-23 budget – the “parameter variations” (that is, things resulting from better-than-expected economic outcomes) totalled $283.5 billion over the four-year forward estimates.

It looks positively parsimonious: The Treasurer Josh Frydenberg is spending less than 30 per cent of his windfall gain.

He is able to sprinkle a 50 per cent cut in petrol excise for six months, a $420 tax offset for 10 million people, $250 cash payments to another six million deserving voters, $500 million for local councils, $880 million for wavering regional electorates, and lots more, while also shrinking the deficit. What a guy!

And remember that $16 billion in “decisions taken but not yet announced” in last year’s MYEFO?

Everyone, including yours truly, remarked that this was obviously a hollow log full of cash to buy votes for the election.

Well, it’s disappeared, or rather announced, maybe, although there’s no record of that – just $25 billion of new payments measures over four years.

As for decisions taken but not yet announced in this budget, they amount to a $1.5 billion reduction in payments across the four-year forward estimates, although for 2022-23 alone, it’s an extra $1.44 billion in unrevealed new spending decisions, presumably to be revealed during the campaign.

Likewise on the receipts side of the ledger – decisions taken but not yet announced amount to a $2 billion increase in tax revenue, although that is blown out of the water by the $6.7 billion cut in petrol excise and the cost-of-living tax offset for 2022-23.

But that more or less sums up Josh Frydenberg’s fourth budget: Spending this year, austerity later – but not yet announced of course. That might upset someone.

Meanwhile the budget bottom line continues to improve into the distant future … versus the too-gloomy predictions of 2020, that is.

But not, of course, versus the predictions in Josh Frydenberg’s first budget in 2019.

That shining icon of optimism, brought down on April 2, 2019 – a month and a half before what was to be a triumphant election – forecast $38 billion of budget surpluses between 2020 and 2023.

That has now turned out to be deficits of $292 billion over the same three years.

Missed by that much.

Hang on, urges the Treasurer, it was a different world then, which is true. Let’s instead compare these deficits with forecasts in the 2020 budget, which totalled $413.5 billion from 2020 to 2023. What an improvement!

Yes, but everything in that 2020 budget was wrong, as the red faces of Treasury officials standing in the background, staring at the floor, attest.

Alan Kohler: The real story of the budget is that Treasury got the pandemic wrong