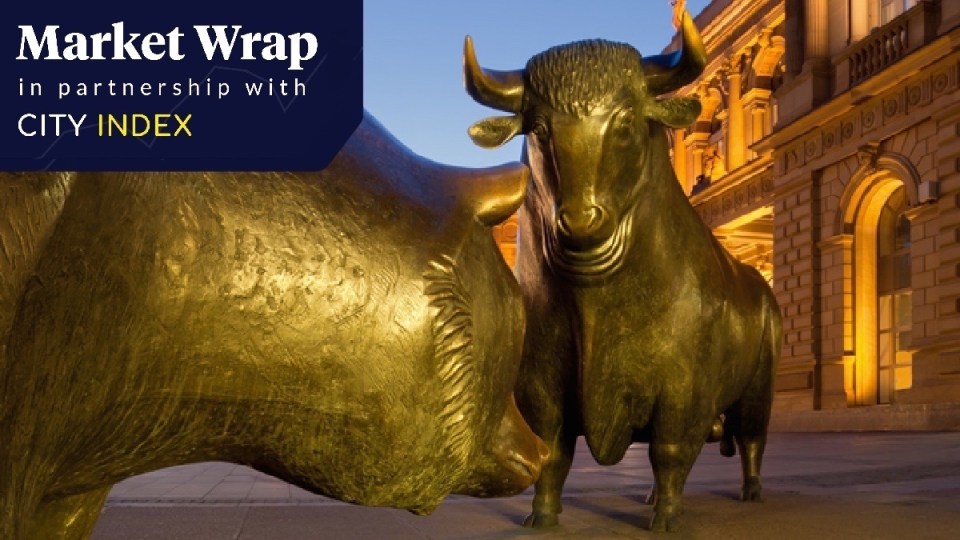 US shares marked time, consolidating after a blistering 6.2 per cent rally last week.

The Australian sharemarket, the ASX200, built on last week’s gains and is now only 3.5 per cent below its all-time high of August.

Ukraine-Russia stakes developments away from the battlefield

With the Russian invasion of Ukraine now into a fifth week and seemingly stalled, events away from the battlefield made headlines, including:

Bond markets tumble as US Fed ups the hawkish ante

Global bond markets tumbled, and US yields surged to their highest level since May 2019, after Federal Reserve chair Jerome Powell opened the door to a 50 basis point rate hike at the next FOMC meeting.

After a strong ASX200 reporting season, a staggering $24 billion in dividend payments will hit investor bank accounts next week.

BHP alone is scheduled to pay out $10 billion in dividends on Monday.

The prospect of these payments hitting accounts helped the ASX200 outperform this week.

Up, up and away for the Aussie dollar

The Australian dollar traded above 0.7500 cents against the US dollar for the first time in four months, boosted by surging commodity prices and Australia’s terms of trade at record highs.

If the Aussie can move above the 0.7555 cents high of October, it opens the way for the rally in the AUD/USD to extend towards 0.7700 cents.

In response to higher inflation and as global central banks tighten monetary policy, higher yields have prompted Australian banks to raise the interest rates on their fixed mortgage options.

Westpac’s advertising fixed three-year rate is now 3.74 per cent, after dipping below 2 per cent during the pandemic.

The top five things that happened in markets this week