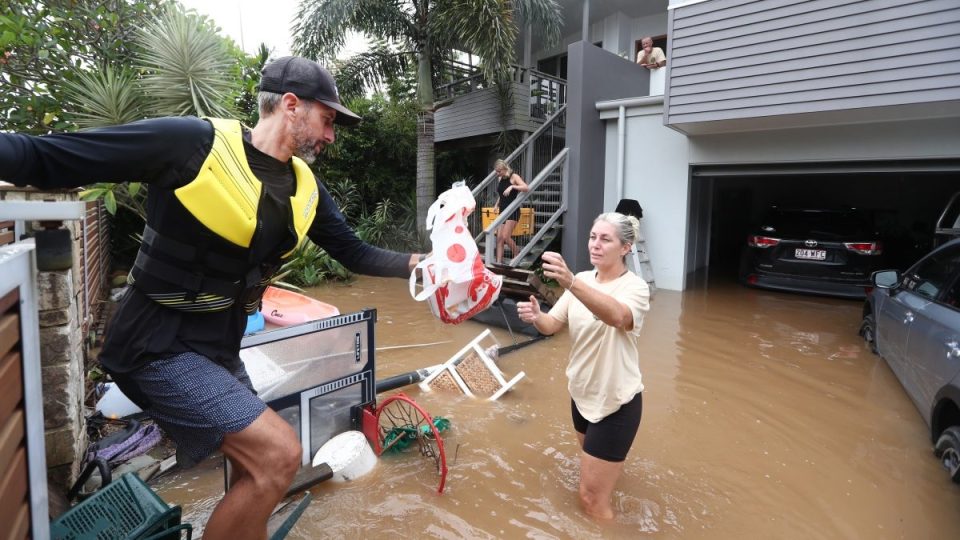 The worst floods on record in coastal NSW and Queensland in recent weeks have not only caused great damage to homes and livelihoods, they could also dramatically affect insurance cover for people living in flood-prone regions.

If you’ve been caught up in the floods, once you get your immediate needs sorted it is time to look at insurance.

That means people with flood cover will not be denied a payout by the use of some tricky wording as was the case during earlier floods.

But even so flood definitions could still leave some people in the lurch.

“There is still a variance in coverage for what’s known as storm surge or actions of the sea. That’s still not included in the standard definition of floods,” said Jodi Bird, insurance specialist with consumer advocate CHOICE.

Those events are when rain or wind causes the sea to rise to levels well beyond the high tide mark.

If your property is damaged by such events you need to check with your insurer to see if you are covered. 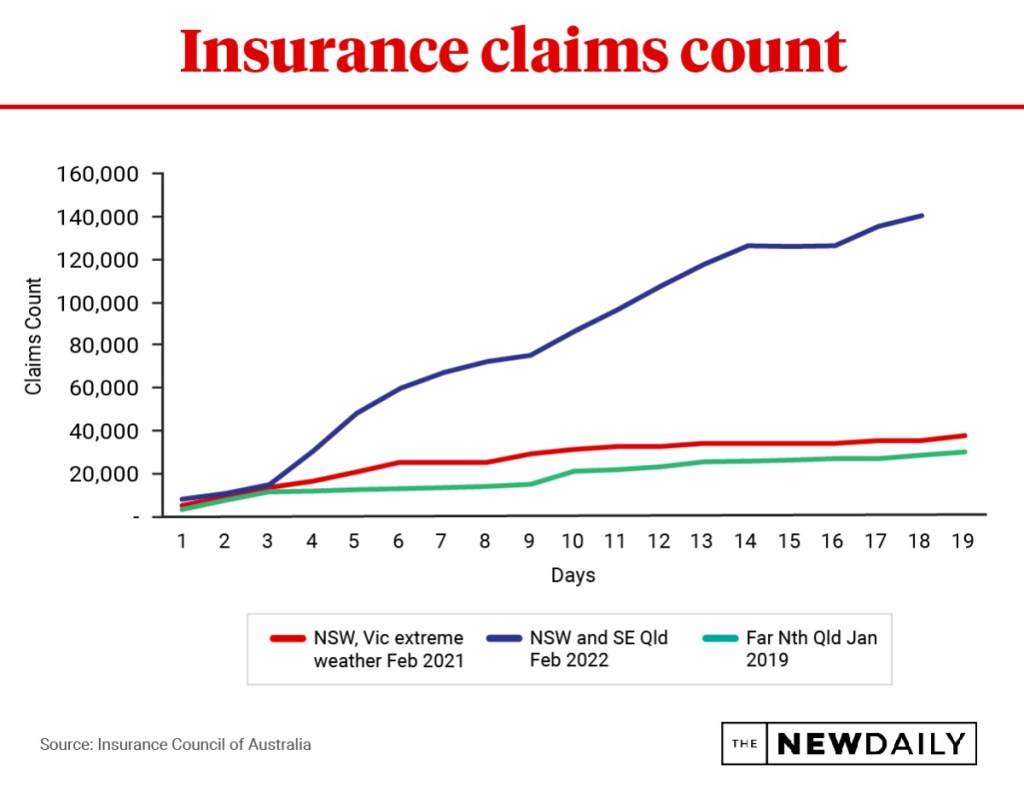 The recent floods have been dramatically worse than similar events in previous years with insurance claims now totalling more than $2 billion, according to the Insurance Council of Australia.

And in just under three weeks, 140,754 claims have been made, compared to only about 30,000 claims in the same period after the Far North Queensland floods in 2019.

That means the insurance industry is being hit hard and it is going to react.

“Insurance companies might cover you for 70 per cent of a claim with the rest being covered by re-insurers [secondary players in the market],” said Mr Kachor.

Because those re-insurers will suffer losses they will put up premiums forcing the companies you may have policies with to follow suit.

If you are in a flood prone area – even if you didn’t make a claim – check what your premium is going to be next year.

The Insurance Council of Australia told The New Daily that, as yet, no areas in Australia are uninsurable.

However, that can be almost the case as, “some insurers may charge a ridiculous premium like $20,000 to cover you, and others may not cover people in an area at all”, Mr Bird said.

That is also something to check if you are thinking of moving into a new area as it will affect the affordability of the region.

If you are in either of those two positions, “get a quote not just with one insurer but with several insurers”, Mr Bird said.

That will give you an idea of the insurance market.

However, while shopping around is a good idea, the market is fairly restricted because of concentration among insurers.

“Suncorp have got GIO, AMI, Australian Pensioners and a range of others. IAG have NRMA, Commercial Union and a couple of other brands and between them they have 60 to 70 per cent of the market,” Mr Kachor said.

That leaves a few others like Budget and Youi, “and they’re not going to take cover that the others won’t”, he said.

It is not only people in flood zones that should check their insurance premiums because the effects of heavy claim periods like we have just had are felt across the board.

“Insurance works on a pool right across the system,” Mr Kachor said.

If insurance claims rise dramatically everyone with insurance will have to pay for it with higher premiums.

How floods could dramatically affect your insurance cover