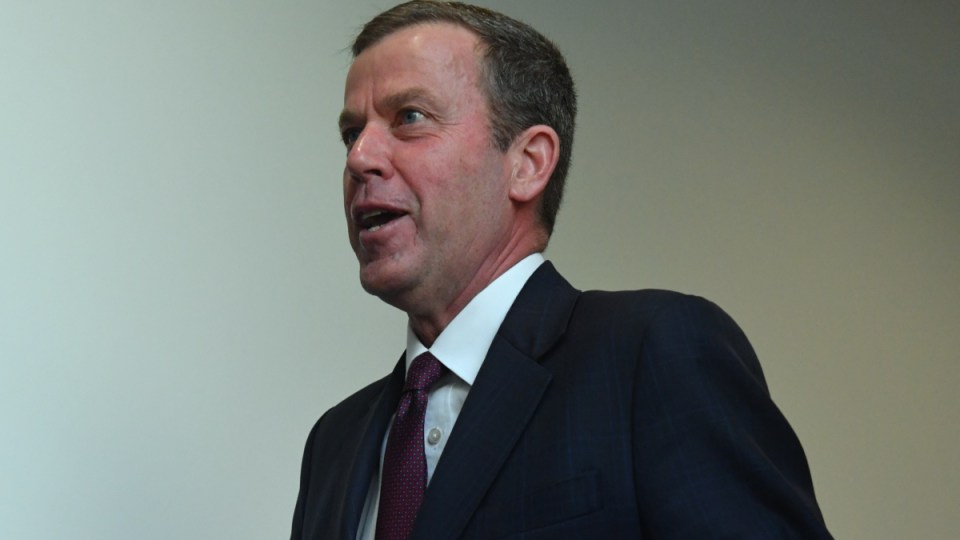 Trade Minister Dan Tehan is under pressure to push for an expanded vaccine aid deal during WTO talks. Photo: TND

The compromise, which has seen reluctant European nations agree to a limited release of vaccine patents, comes after 18 months of talks and closed-door meetings about removing intellectual property barriers stopping lower-income nations from making their own vaccines.

Under the new proposal, which was leaked on Wednesday night and has since been verified, nations like the US could waive vaccine patents without the permission of the pharmaceutical companies that own the intellectual property rights.

In theory, this would allow lower-income nations without enough vaccines to start making their own.

But the agreement, which has yet to be voted on, has been slammed by aid groups who say it doesn’t include waivers for COVID-19 treatments or tests, and has omitted the rights to technologies needed to increase vaccine production in developing nations.

Patricia Ranald, convener of the Australian Fair Trade and Investment Network (AFTINET), said the compromises – described by the WTO as a “breakthrough” – are actually just “baby steps which still protect the interests of pharmaceutical companies rather than saving lives”.

“Three million have died since the Omicron variant, and millions more will die unless the Australian and other governments insist on a full waiver for vaccines, tests and treatments,” she said in a statement on Thursday morning, Australian time.

A coalition of aid groups will now write to Trade Minister Dan Tehan asking the Morrison government to support an expansion of the patent waiver agreement to include tests and treatments.

Australia will vote on the vaccine proposal as a WTO member, alongside 164 other nations.

The leaked document is the product of four-way negotiations between India and South Africa – the two key WTO sponsors of the vaccine waiver proposal – and the US and Europe.

European nations, where many large pharmaceutical companies are based, have staunchly opposed efforts to waive vaccine intellectual property, while the US has supported the calls, but only in relation to vaccines, not tests and other treatments.

Nevertheless, the compromise has the potential to end an 18-month deadlock over the issue, provided it receives the support of WTO members.

“This is a major step forward and this compromise is the result of many long and difficult hours of negotiations,” WTO director-general Ngozi Okonjo-Iweala said.

But Dr Okonjo-Iweala cautioned there are still details to “iron out”.

“We have more work to do to ensure that we have the support of the entire WTO membership.”

Aid groups are calling for an urgent expansion of the deal, saying it’s too narrow and could leave lower-income nations without access to testing and antiviral treatments.

Additionally, intellectual property rights related to the technology and the knowledge required to expand vaccine manufacturing is not included.

Associate Professor Deborah Gleeson, spokesperson for the Public Health Association of Australia, welcomed progress towards a deal but said the waiver must include all relevant intellectual property rights.

“The proposed compromise is so limited and flawed that it risks being completely unworkable,” she said in a statement on Thursday.

“It’s well past time to get this right.”

Katherine Tu, head of policy and campaigns at ActionAid Australia, said richer nations risked exposing themselves to new COVID-19 variants by failing to ensure lower-income nations have access to vaccinations.

“We have another new COVID-19 Omicron BA.2 subvariant, and these will keep coming if rich countries keep stalling on a comprehensive waiver that goes beyond vaccines,” Ms Tu said in a statement.

Mr Tehan told The New Daily he welcomed the “emerging consensus on a compromise for a TRIPS waiver in support of the global response to COVID-19”.

“A compromise offers the most promising path toward achieving a concrete and meaningful outcome,” Mr Tehan said.

“I recognise that a successful waiver will require support from all 164 WTO members and will continue to work to secure the endorsement of the full WTO membership for a meaningful outcome.”