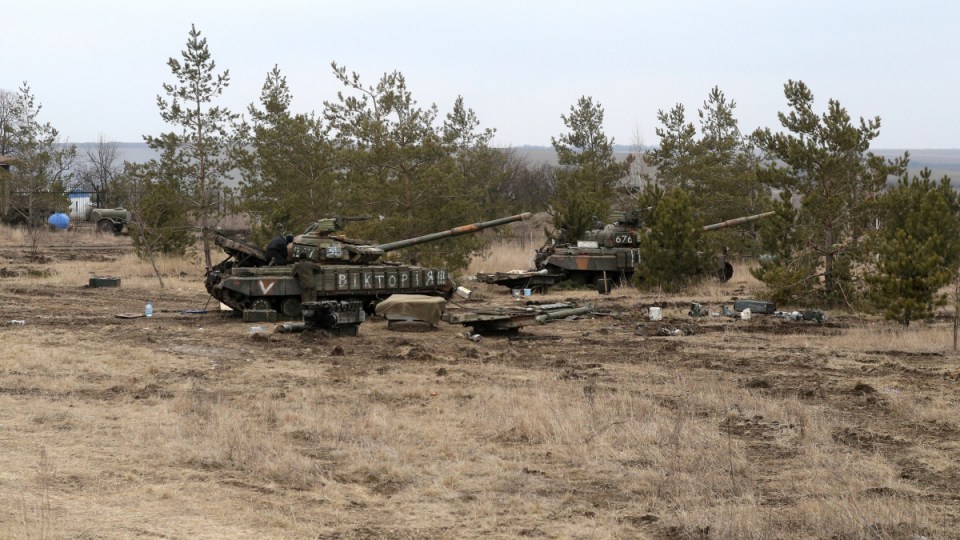 Markets went into panic on Thursday when Russia expanded its invasion of Ukraine, sparking headlines about $73 billion in share market losses.

But a day later markets bounced back.

On Friday, Australian markets rose half a per cent, with the All Ordinaries index sitting at 7291 points when the market closed. That is almost 4 per cent above its lows on Thursday.

Shanghai and Tokyo were on the rise during the day, and the US S&P 500 closed higher early Friday morning Australian time.

The markets continuing to be hard hit were in Europe, which now has war on its doorstep. So what’s going on?

It’s a bit early to be definitive in this case but, while it sounds ghoulish, war is by no means a bad thing for investors, experts told TND.

“The historical precedent is that the market goes down in the run-up to war but when the first shots are fired markets start going up,” said Roger Montgomery, CEO of Montgomery Investment Management.

The evidence for that observation is in the chart below. In the two great conflagrations of the 20th Century, World Wars 1 and 2, US share prices grew by 8.7 per cent and 7 per cent annually.

In fact, it was not only the world wars that saw markets rise, the same phenomenon was experienced during Vietnam and Korea also.

“To compensate for the economic effects of war governments tend to be very pro-cyclical – they throw a lot of money around,” Mr Montgomery said.

Why war is god for markets

Part of the stimulus in big wars is directed to munitions companies which have multiplier effects through the economy. That is particularly so in countries like the US which has the world’s biggest arms industry.

There is also the issue of how far shock waves from the conflict actually spread.

“My guess is at the moment this will be isolated to Ukraine,” said Mark Crosby, an economist at Monash Business School.

The recovery in share markets on Friday seemed to indicate that the market “had caught its breath,” Professor Crosby said.

Investors seem to be saying “this is Ukraine and this wasn’t unexpected. The wider repercussions to other economies are probably fairly small,” Professor Crosby said.

The implications for Australia are “very minimal”, he said. If that turns out to be the case then markets in Australia and the US are unlikely to be greatly affected for long.

One of the most significant effects of the conflict is likely to be on the oil price, with prices already high.

Prices have already spiked 10 per cent over the last month as fears of conflict escalated in light of the fact that Russia is a major producer and oil and gas.

Those commodities could become scarcer in the West as a result of war. That would push up the cost of living and make economies softer.

The effects of scarcity will be felt beyond the oil market, said independent economist Saul Eslake.

While those metals are likely to rise in price, the most immediate effect could be felt in food prices, given that Ukraine supplies about 7 per cent of global grain exports, and Russia 18 per cent, according to the Observatory of Economic Complexity.

Those higher food prices would be felt by Australians but be balanced in the national accounts “through much higher incomes for Australian  grain growers,” Mr Eslake said.

Australia produces much more food than it needs domestically, so local food prices shouldn’t be impacted by the military conflict.

The end result of those shortages would be increases in inflation but that might be in part balanced by less interest rate rises than markets had been expecting.

“I don’t think we’ll see the seven interest rate rises that [investment bank] Goldman Sachs has been predicting,” Mr Montgomery said. There may only be two rate rises in the year ahead, he said.

Markets come roaring back after a bad case of Ukraine jitters. Here’s why