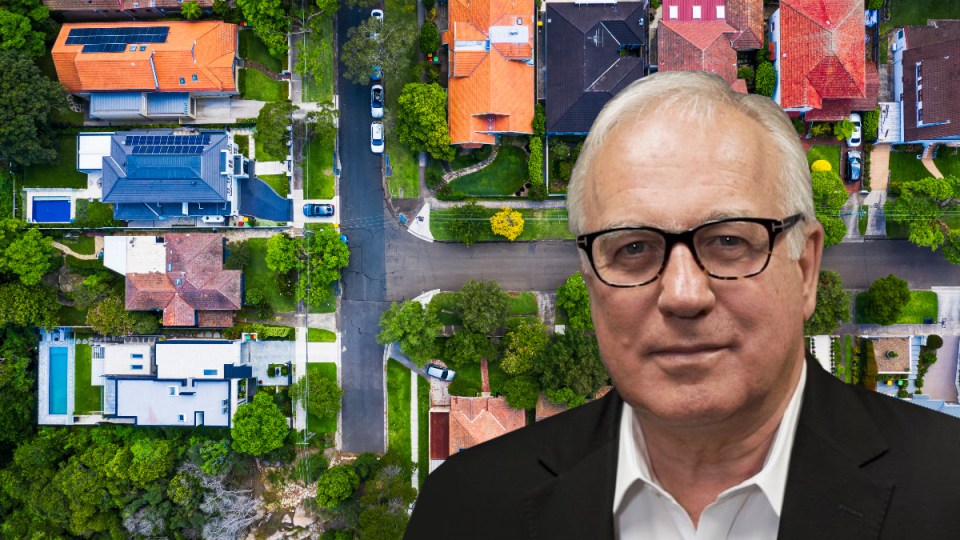 They were all the rage in the 1980s, until suddenly they weren’t, when interest rates went up.

The leader of the pack, Pyramid Building Society, borrowed too much for expensive properties, and when the music stopped in 1989, it couldn’t find a chair and went bust.

Then the species went extinct.

Oh dear. That’s what Australia is now: A permanent building society that has borrowed too much for expensive properties, is now facing higher interest rates and, as it happens, is about to have an AGM to elect directors.

Except that in 1989 the Reserve Bank took the cash rate to 18 per cent, from a 1988 starting point of 11 to 12 per cent, while in 2022 the starting point is a very different 0.1 per cent and the Bank of Philip Lowe is much less gung-ho than the Bank of Bob Johnston or Bernie Fraser.

In fact, Dr Lowe’s speech to the Press Club last Tuesday was striking for its absence of gung-ho.

In my brief spot on 7.30 that night, I called it “an extended shrug” because he was basically saying he neither knows what’s going to happen nor what they are going to do about it.

Which is understandable since being the CEO of a building society is uncharted waters for him, and also the Australian Building Society’s balance sheet these days is a lot more heavily geared than it was during the tenure of his predecessors.

That represents compound annual growth of 9.74 per cent.

Over the same period, the national median house price grew at a compound annual growth rate of 6.4 per cent a year.

In other words, debt has grown far more than required to keep pace with house prices.

And it’s grown much faster than incomes as well.

But there’s much more than arithmetic to this: Apart from being mortgaged to the eyeballs instead of just a third of the way up (the knees?), 1.1 million households have never had to deal with an interest rate hike at all.

That’s the number of first-home buyer loans that have been made since the last rate hike on November 3, 2010.

It all adds up to a patient and cautious Bank of Philip Lowe, unrecognisable even from the Bank of Glenn Stevens, and most definitely from the Banks of Bob Johnston, Bernie Fraser and Ian Macfarlane.

Those earlier banks’ existence was entirely focused on aggressively pre-empting inflation, which is why the cash rate was 18 per cent in 1989 when inflation was trending down: The unemployment rate had got down to – shock! – 6 per cent. Inflation would soon accelerate; something had to be done.

That 6 per cent was called the NAIRU, which stands for the Non-Accelerating Inflation Rate of Unemployment, or the rate of unemployment that would start to cause wages to take off and inflation to accelerate.

In those days, the whole job of the RBA’s serried ranks of economists was to estimate and watch the NAIRU, so the boss could ride out with his interest rate sabre and pre-emptively slay inflation before it emerged from its lair. It’s pretty much all they did.

In 2008, when unemployment got down to 4 per cent, well below the then-NAIRU of 5 to 5.5 per cent, the Bank of Glenn Stevens hiked rates twice, in February and March, even though it was perfectly obvious that something quite nasty was going on in the US housing and mortgage markets, with investment banks keeling over like John Wick’s victims.

And indeed, those rate hikes had to be hurriedly and embarrassingly reversed in September that year when the manure really hit the fan in America, but that was too late, and the RBA had shown its colours: Pre-empting inflation was more important than pre-empting a global financial crisis.

Unemployment is now 4.2 per cent and Dr Lowe’s chart in his speech on Wednesday predicted that it would go down to 3.75 per cent before long.

So what’s the NAIRU now, and does it matter any more?

The last estimate of the NAIRU I could find on the RBA’s website was from a speech by Assistant Governor (Economics) Luci Ellis in June 2019. She pronounced it to be 4.5 per cent.

There was a Treasury working paper last year that said the NAIRU was 4.5 per cent to 5 per cent, “over the past few years prior to the COVID-19 recession”.

So the unemployment rate is at the NAIRU and will soon be below it, but not only is there no sign of a rate hike, the Governor said something quite extraordinary on Wednesday: “We can test how far we can get unemployment down without having inflation. We should take advantage of this opportunity.”

In other words, the NAIRU is dead: It has ceased to be, expired and gone to meet its maker. It’s a stiff. Bereft of life, it rests in peace…this, is an ex-NAIRU!

And the reason it died, I submit, is that Australia became an over-stretched building society, about to have an AGM.